The companies carried out test flights with the support of the Austrian Armaments and Defence Technology Agency. The two aircraft jointly flew different scenarios including the detection of objects hidden in places not accessible by traditional helicopters. The S-100 was controlled and piloted by an operator sitting in the helicopter. During the flights, the control was also temporarily handed over to a ground-based control station by the pilot in order to simulate the return of the manned helicopter for refueling.

The trials carried out by Airbus Helicopters and Schiebel went up to MUM-T LOI 5. This allows the manned platform to exercise full control of the UAS including its take-off and landing. LOI 1, the lowest level, is the indirect receipt and /or transmission of sensor data obtained by the UAS to the manned aircraft.

“Manned-Unmanned Teaming multiplies the capabilities of both systems”, said Mark R. Henning, Program Manager at Airbus Helicopters. “Smaller UAS with vertical take-off and landing capabilities can, for example, fly around obstacles as trees or buildings closer than a helicopter could. They are able to explore unknown territory and deliver information to the helicopter crew which is operating from a safe position and which can then step in with the helicopter’s superior effects, having received a clear picture from the UAS. Our airborne MUM-T management system will become a highly attractive feature for our entire product range including the NH90, NFH, and theTiger together with the H145 as it adds an extremely valuable operational capability. The MUM-T capability can be implemented in any kind of helicopter and can interact with all types of unmanned systems, in particular Airbus Helicopters’ new VSR 700 UAS.

In the framework of the test, the challenges of data transfer interference and electromagnetic compatibility of the UAS with the helicopter as well as the integration of a complete UAS mission planning and control system into the helicopter’s architecture were successfully managed. The S-100 mission planning and control system was provided by Schiebel. The next step will be to optimize the human machine interface based on a thorough analysis of the crew workload using the results of the flight tests.

The H145 is a tried-and-tested, twin-engine H145 civil helicopter that was first delivered in 2014. It is a rugged workhorse and best in its class for rough EMS and police missions. The H145M is the helicopter’s military version. 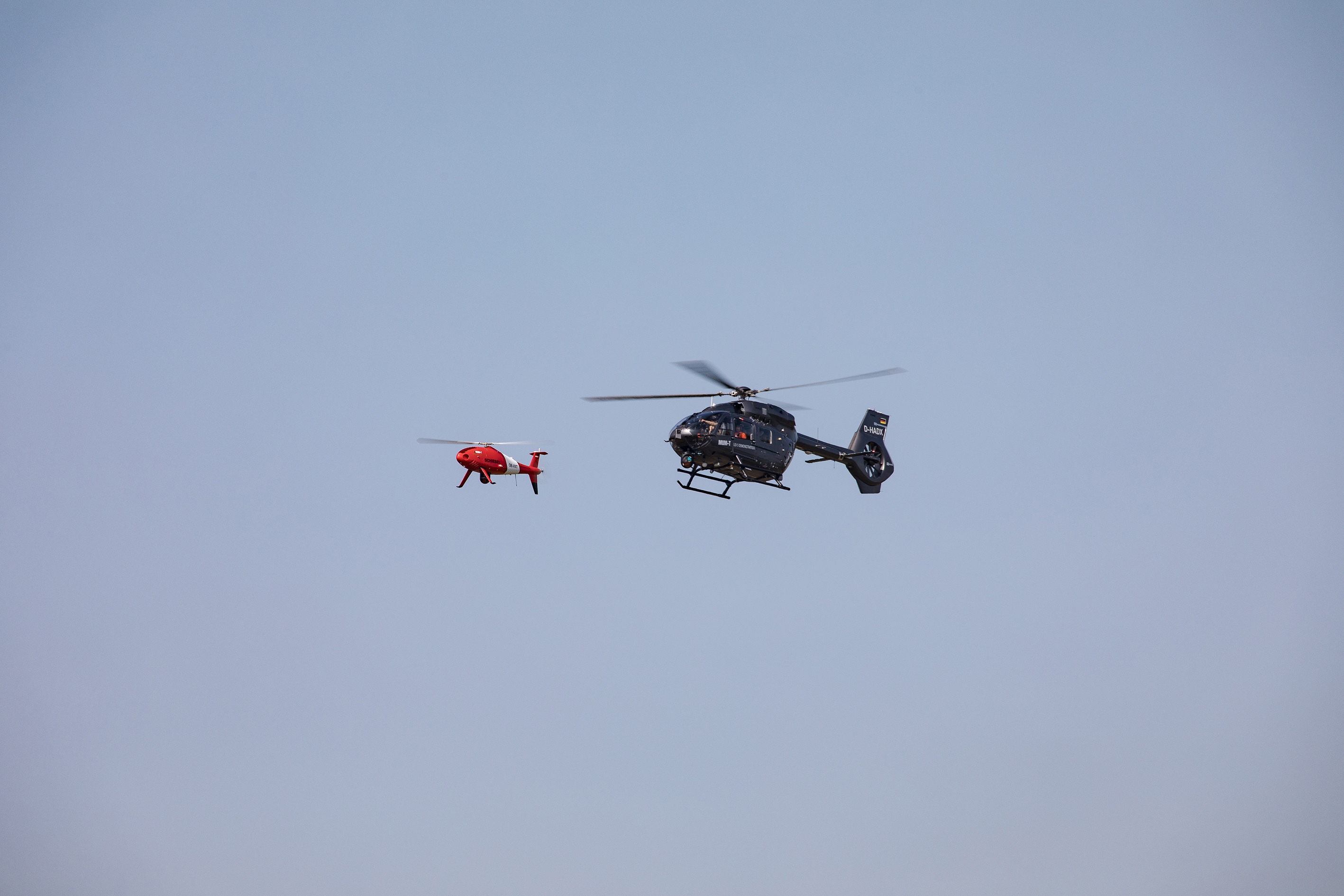