Industrialisation and parts production for the first A321XLR is underway across Airbus sites and its wider supply chain, paving the way for the Major Component Assembly of the first forward fuselage, centre and rear fuselage sections and the wings, to begin in 2021. By the start of this year, a large proportion of the engineering design drawings had been released.

“The production of components for the first A321XLR flight-test aircraft is progressing through the sites all across the world, for large and small components as well as systems,” notes Gary O’Donnell, Head of the A321XLR Programme. “In parallel, many parts are already being tested and demonstrated – on both the aircraft structure and on the systems side – to validate the functionality of all those first aircraft components.”

Bringing it all together

He added: “The production system in particular is now coming alive, with our teams receiving the design drawings from Airbus and the key risk-sharing design partners and bringing them into physical reality. This progress already is enabling Airbus’ factories across Europe and the UK to prepare their ‘pilot’ operations for the Major Component Assembly phase to begin later this year, and in turn, for the subsequent induction of the first completed Major Component Assembly's into the final assembly line at Hamburg in the second part of the year.”

While all major sections of the A321XLR contain significant design changes versus the current A321neo/A321LR baseline aircraft, the Major Component Assembly with extensive design and manufacturing differences is the centre and aft fuselage. This is especially due to the centre and aft fuselage's totally new integral rear centre fuel tank and associated fuel management systems – which is key to the aircraft’s eXtra Long Range performance capability, while retaining operational commonality with the baseline A321neo. 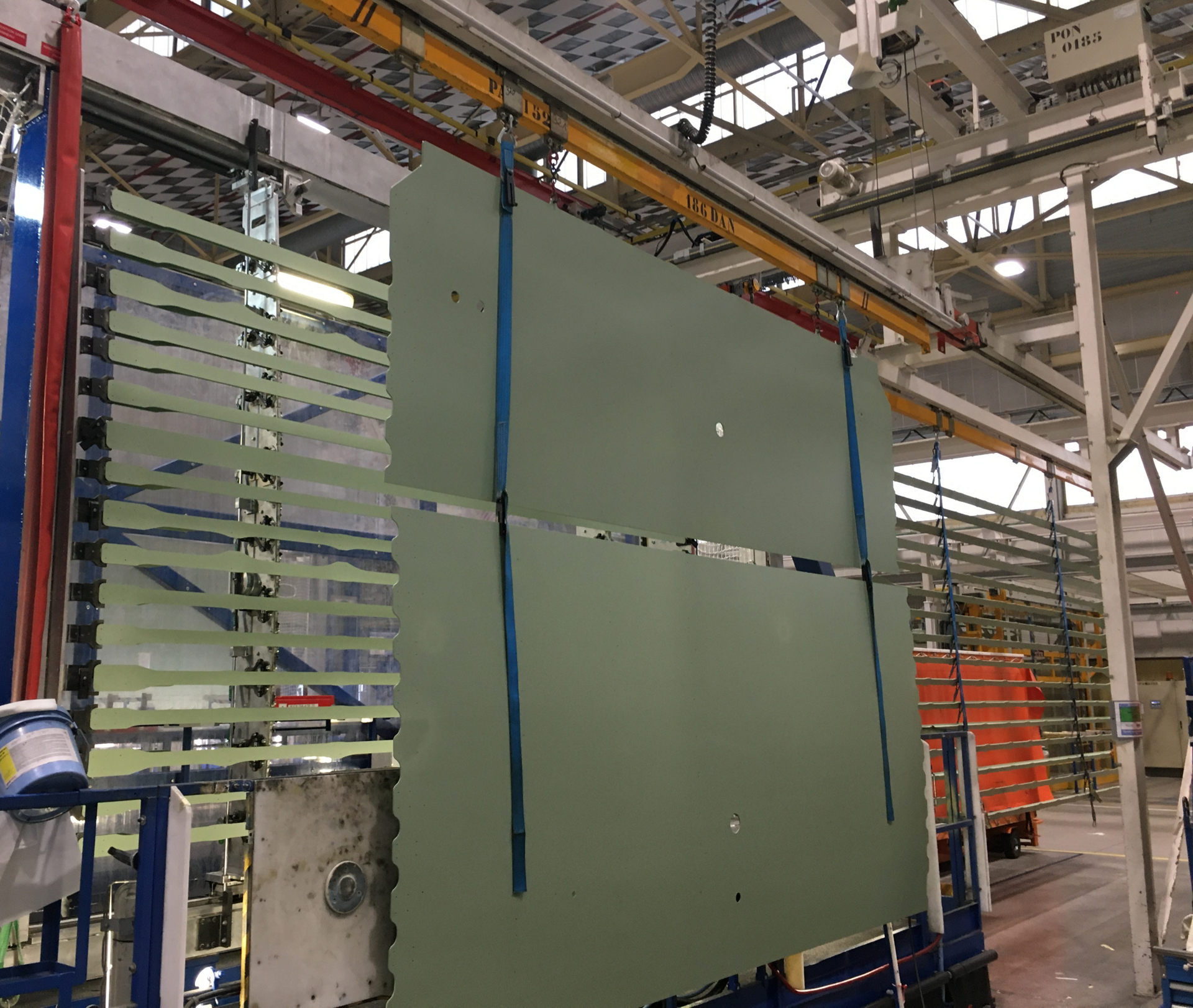 Overall, the centre and aft fuselage’s production cycle is progressing: At Nantes, Airbus started the subassembly of the centre wing box in mid-November 2020. Once built, this major component will be delivered this year to Hamburg, where it will be integrated into the aft fuselage Major Component Assembly section. Meanwhile, Premium Aerotec Group in Augsburg Germany is completing the final parts for the rear centre tank and is readying the tooling and shop floor for the rear centre tank’s assembly. At Premium Aerotec Group’s other sites in Nordenham and Varel, various large centre and aft fuselage components are in production.

Pilot line to prepare for smooth ramp up

Airbus’ own factory in Hamburg, which will host the Major Component Assembly operations for the rear fuselage equipped with the new rear centre tank, is preparing the necessary jigs and tooling in a new dedicated pilot production line in ‘Hangar 260.’ This operation is deliberately decoupled from the rest of the A320 line, so that starting from next year this pilot line will enable a gradual ramp-up of the A321XLR’s new rear fuselage – to attain maturity without impacting Hamburg’s existing single-aisle production operations.

“The principle of this pilot line in Hamburg means that we can have a ‘stable factory,’” explained O’Donnell. “This will allow us to start ramping-up production of the A321XLR’s aft fuselage Major Component Assembly using longer cycle times to begin with, and with increased level of engineering and support – in particular to ensure the smooth integration of the new rear centre tank and its new fuel systems. Importantly, this new approach will also avoid us putting at risk the rest of single-aisle production. And then, once we’re happy that everything is mature and ‘up-to-speed,’ we can transfer it with confidence into the main production system.”

Another key Major Component Assembly structure is the aircraft wing set, for which the UK Broughton team’s particular focus is the A321XLR’s new flap configuration. To this end, the associated tooling trials are in progress for the new ‘movables,’ being performed in conjunction with partners Spirit AeroSystems in Malaysia (inboard flap) and FACC in Austria (outboard flap). The wing’s more conventional fixed components, such as spars and stringers, are taking shape in Broughton and in the associated supply chain. Likewise, production is underway for the landing gear components (Safran, Collins and Triumph); fuel & inerting systems (Collins and Parker Aerospace); and the engine pylons (at Airbus’ dedicated production plant in St. Eloi, Toulouse). ‘Cabin and cargo’ systems are currently in the testing phase to validate the A321XLR’s extra-long-range passenger comfort elements.

Through exceptional international collaboration, the A321XLR is now on its way towards entry into service.