Airbus SE will present a broad portfolio of innovative products and services at the Farnborough International Airshow 2018 that meet the aerospace industry’s requirements for today and tomorrow.

In the flying and static displays, Airbus will showcase its modern and highly efficient range of commercial aircraft able to seat between 100 and more than 600 passengers. The static display will feature two A220-300s (a test aircraft and an airBaltic aircraft), which, along with the smaller A220-100, represent the newest members of the Airbus single-aisle Family following the recent agreement to take a majority stake in the 100-150 seat aircraft programme.  An A321neo will also be on display on the Wednesday of the show week. Airbus’ latest wide-body models, the A330-900neo and A350-1000, will each participate in the Farnborough flying display for the first time. The A330neo, which features new wings and new generation engines, is due to go into service in 2018. Meanwhile, the A350-1000 offers the very latest in aerodynamics and advanced technologies to provide unrivalled efficiencies on long-haul routes. An A330-900neo of launch customer TAP Air Portugal and an A350-1000 of launch operator Qatar Airways will also be on the static display. At the larger end of the Airbus portfolio, a Hi Fly A380 will be on static display during the latter part of the week showing the flexibility of the double-decker aircraft.

Airbus Helicopters will present key market-leading product and capabilities as well as highlight research and development in unmanned solutions. On the static display will be a single-engine H125 helicopter equipped with special sensors and a telemetry kit that allow pilot and aircraft performance to be streamed in real-time to the ground for training applications. The aircraft is due to be handed over during the show to QinetiQ for use with the UK-based Empire Test Pilots’ School. Visitors to Farnborough will also see a full scale mock-up of the VSR700 rotary-wing unmanned aerial vehicle (UAV), which can bring beyond the horizon surveillance capability to naval ships. 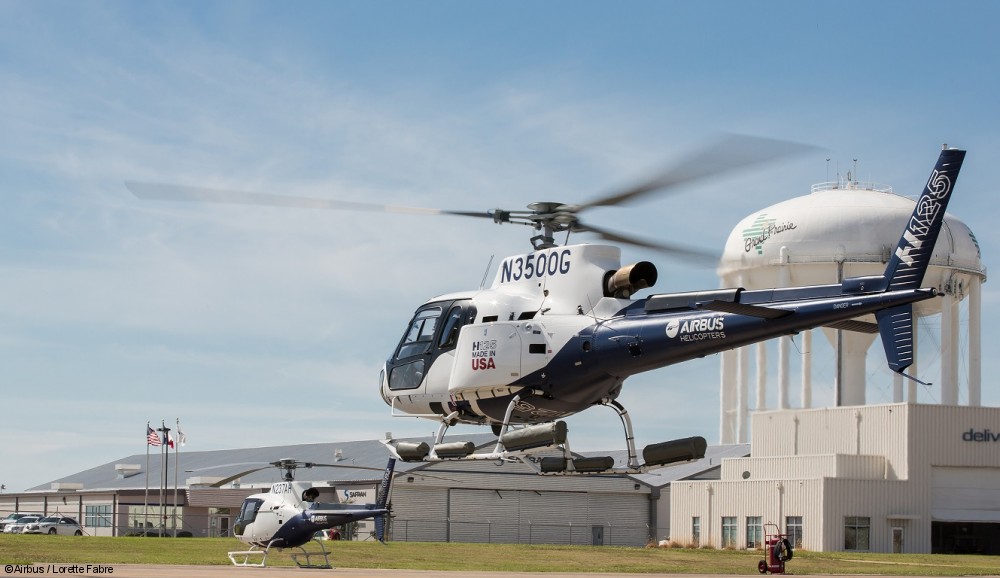 Meanwhile, Airbus Defence and Space will demonstrate its broad product portfolio of military aircraft, space systems, secure communications and UAVs. An A400M military transporter in special Royal Air Force colours will take part in both the flying and static displays. Equipped with state-of-the-art technologies, the A400M can perform strategic and tactical transport missions and also undertake air-to-air refuelling. Also featured will be the world record holding Zephyr, Airbus’ solar-electric stratospheric unmanned aircraft that combines the advantage of a satellite with the flexibility and persistence of a UAV. Airbus will showcase its world leading secure communications networking and cyber security capability at one of the interactive ‘bubble’ displays at the Airbus Pavilion. Space expertise will feature strongly, including the environmental monitoring programme Copernicus where Airbus designs and manufactures Sentinel satellites. In the show’s ‘Space Zone’, Airbus will exhibit the ExoMars rover prototype that will drive on a simulated Martian surface. The ‘Network for the Sky’ airborne communications solution will also be presented for the first time.

The interactive ‘bubble’ displays in the Pavilion will present four broad key themes for Airbus by illustrating certain related activities. The ‘Future of Flight’ display will show how Airbus is further improving its portfolio and changing the future of mobility with aircraft such as the single-aisle A321LR that can serve new long-haul markets, the H160 helicopter and Urban Air Mobility initiatives such as Vahana and CityAirbus. The ‘Secure World’ display will showcase Airbus’ vision for defence and security including the Future Air Power family of connected systems to respond to the threats of tomorrow. The ‘From Data to Insight’ display will demonstrate how Airbus is harnessing the power of data through digitalisation initiatives such as the Skywise data platform. Another display area will demonstrate how Airbus is committed to developing a sustainable future together with its key partners and stakeholders. Featured projects include the Blade wing laminar flow demonstrator programme conducted under the European Clean Sky research programme. As the second largest supplier to the Royal Air Force and biggest supplier of large aircraft, Airbus will also show its strong support for the RAF’s centenary celebrations. Loading comments for Airbus to showcase innovative products and services at the Farnborough International Airshow 2018...

Today Volocopter flew their Volocopter 2X electric vertical take-off and landing aircraft at Le Bourget Airfield during the Paris Air Forum. With both, the flight demonstration of...