Of the all-time high of 40+ Alsim simulators sold in 2018, many were purchased by long-time Alsim family members. Flying their older Alsim devices for thousands of hours each year, year after year, the FTOs returned to purchase one or more of our newer devices in order to provide the best training solutions possible. This includes ALX owner Egnatia Aviation in Greece which after years of success with their simulator and partnerships with Aegean Airlines, Wizzair and Iraqi Airways, purchased a record number of six Alsim devices at once: four AL250s and two cutting edge Airliners. The Airliner, our new 737/320 hybrid, was announced at WATS in April.

Other current clients also increased their number of Alsim devices in 2018. Aeropyrenees (France), Super T Aviation (Canada) and Tayside Aviation (Scotland) chose to upgrade their older, but reliable AL200s to more current Alsim devices with newer avionics, visuals, operating system and other advanced features. Astonfly in France purchased their third AL250 in 12 months in addition to investing in new buildings and aircraft to properly train their 120 new students every year. Montair in Canada and Trimaille Aero Formation in France both selected Alsim for the third time in 2018. The schools are experiencing tremendous growth in their ATPL programs and rely heavily on their simulators for all levels of training from PPL to MCC.

In addition to the Airliner and growth excitement, the first Alsim AL172 model 2 was delivered, installed and certified in early 2018 for Banyuwangi Pilot School in Indonesia. This was followed by AL172 orders for Cirrus Aviation and Paragon Flight Training, two flight schools and Liberty University Flight Training Affiliates based in Florida, USA. The great team at Kent State University in Ohio, USA also purchased two AL172s and two AL250s for their new FedEx-supported College of Aeronautics and Engineering Academic Center, scheduled for completion in July 2019. Alsim also won a tender with 5 AL172 sold to CAFUC (Civil Aviation Flight University of China).

In fact, Alsim proudly welcomed numerous new clients from around the world in 2018 who put their confidence in our products and team. Sales were announced to FTOs located on six continents: Africa, Asia, Australia, Europe as well as North and South America. We’ve expanded into new countries, and for the first-time, there are Alsim simulators in Columbia, Hungary, and Ireland, bringing the total to over 50 countries.

With this exponential growth, we are redesigning our infrastructure to ensure our current and future customers are well taken care of and to ensure our innovation continues. We hired more than a dozen staff in 2018 in all departments across France, China, and the United States. We have acquired extra space near our headquarters in France. We also announced future production plans in the USA to help support and grow the Americas market.

Lastly, we want to thank all of our partners in France and around the world for their hard work and support. We were thrilled to see Alsim featured in numerous global aviation media outlets.

More exciting things are planned for 2019. Alsim is  celebrating our 25th anniversary, and will see first Airliner being installed. Stay tuned for so much more! 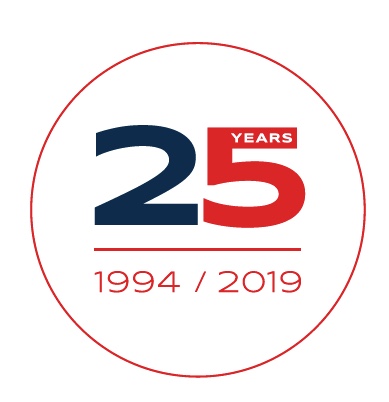 Loading comments for Alsim got Record-Breaking 2018, importance of simulation grows...