Airbus has always prioritised the comfort and safety of passengers and crew aboard its commercial aircraft product lines, with numerous innovations over the years ensuring a more pleasant experience in the skies. One of the key developments is CIDS (Cabin Intercommunication Data System), which allows cabin crew to simply manage all cabin functions via easy-to-use centralised interfaces.

Airbus introduced the original CIDS on the company’s A320 in 1988, and it has since been installed in more than 10,000 aircraft. CIDS marked a major milestone, as it was the first time a single system integrated all cabin functionalities by connecting crew, cockpit, cabin systems and passenger services.

CIDS controls many functions that improve the passenger experience onboard, with the goal to provide a pleasant atmosphere in each phase of flight. This includes control functions for such features as lighting and temperature, passenger-related services (e.g. signs, reading lights and passenger calls), as well as audio functions like boarding music or passenger announcements.

Cabin crews simultaneously benefit from the efficiency and accessibility provided by CIDS, which enables them to monitor and control the system via several touch screen interfaces in the cabin. With time and effort saved, flight attendants can dedicate more time and attention to passengers on the flight.

“CIDS provides all services and functions that a cabin crew needs to operate an Airbus cabin. It’s a very unique feature, as you don’t find all these functions together in one system on other aircraft,” said Dr. Wolfgang Fischer, Cabin Networks Expert at Airbus. He added that more than 50 functions have been integrated in CIDS to date. 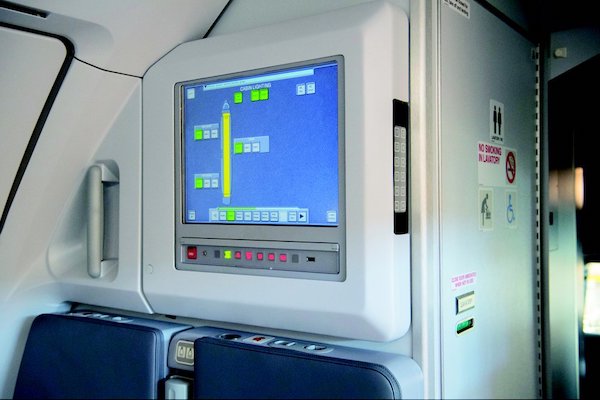 The future of CIDS

The core CIDS system architecture – which is similar for nearly all Airbus aircraft types – has remained robust and effective over 30 years of operation, while allowing for seamless integration of updates and new capabilities. A high level of adaptability ensures it is suitable to the various Airbus jetliner versions without major hardware changes, while requiring minimal training for operators.

As Airbus further enhances CIDS in the years to come, there will be major pushes toward more digitalisation – allowing computers to process more types of flight-related data – as well as mobile access, with passengers potentially interfacing with crew members via their own mobile devices.

“The more data in the system, the more we can do,” Dr. Fischer added. “However, it is important to keep in mind that any future developments to CIDS must be fully safe and secure before implementation.”


Loading comments for An optimum in-flight experience with Airbus CIDS...