Several good news from Archer Aviation first one - the company successfully completed all of its "critical azimuth" flight tests, marking the completion of the second of three key phases of flight testing. The purpose of these tests are to validate the crosswind capabilities of Archer’s eVTOL aircraft configuration and flight control systems. The company has now successfully flown Maker at increasing speeds of up to 15 knots, in various directions and attitudes.

Maker completed its first hover test flight in December of last year. Following extensive ground testing, and the addition of Archer’s new tilt propeller system, the aircraft returned to flight testing earlier this year and has been flying almost daily of late, allowing the Archer Flight Test Team to evaluate incremental speed increases and complex maneuvers while in hover. The culmination of these tests also demonstrated the robustness of the aircraft’s takeoff and landing capabilities.

Archer’s flight test campaign has been designed to carefully evaluate the company’s systems and technology. The rapid progress made by the company with Maker has allowed the validation of a number of technologies for Archer’s production aircraft. Having successfully validated various systems through this second phase of flight testing, Archer is now shifting into the third phase of its program during which it will evaluate the aircraft’s performance at increasing forward speeds. At the current rate of progress, the company continues to anticipate expanding to full transition flight by the end of the year.

Adam Goldstein, Archer’s CEO, commented: “Every flight test we conduct provides us with a treasure trove of data, validating our design and rapidly propelling us towards our vision for eVTOL air travel. This latest milestone is truly exciting and not only reinforces the capabilities of our aircraft design, but of our highly innovative team. We’re excited to share more updates as we move the campaign even further forward in the coming months.” 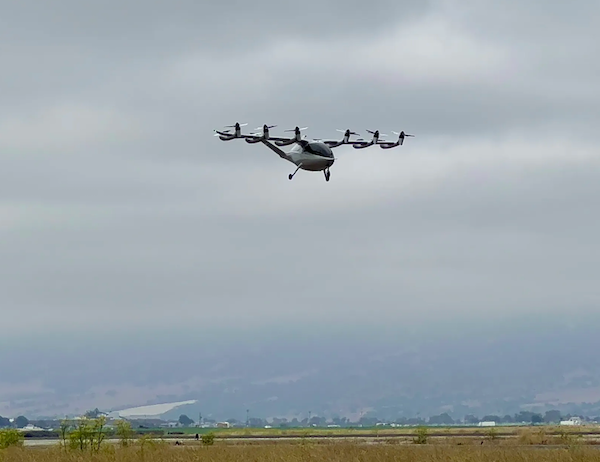 Archer’s production aircraft will operate in dense urban environments making critical precision from the aircraft’s flight controls and actuators a must. Honeywell’s actuators can accept hundreds of micro adjustments and commands per second from fly-by-wire computers, enabling precise navigation. Archer works to incorporate the latest advancements in technology into its aircraft to draw on its safety benefits, as well as accommodate the unique elements of its eVTOL aircraft. As such, Honeywell’s thermal management system that Archer has selected, MicroVCS, provides several advantages compared to the conventional systems, including lower weight, higher efficiency, and higher reliability in its size and power class.