Early April this year, a crew of 4 ATR people, travelled to Kagoshima in Japan to deliver a brand-new ATR 42-600 to HAC. The flight spanned over 6 days and 8 legs.  A ferry flight is the journey taken between where the aircraft is built and where it will be operated. For a widebody aircraft, the ferry flight might not have any stop and could just go direct; however, an ATR only has autonomy for 4 to 5 hour flights and therefore needs stops to reach distant destinations.

HAC (Hokkaido Air System) is a regional airline, part of the Japan Airlines group that flies short routes in and out of the Japanese island of Hokkaido.

The ATR aircraft on this ferry flight is the second in their fleet, after the first one delivered in December 2019. 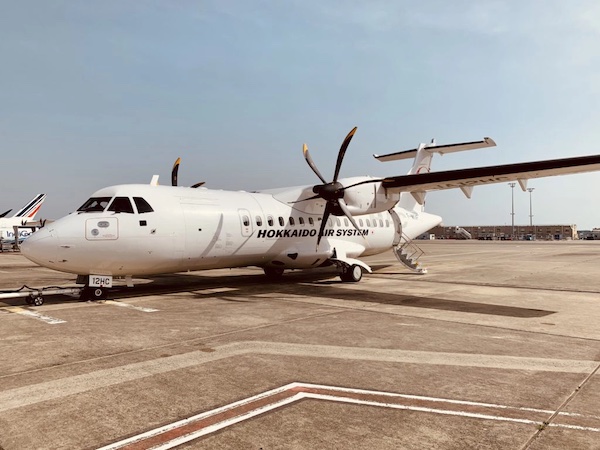 Flying over the North of Sardegna and South of Italy, the ATR crew’s first overnight stop was in Heraklion (also spelt Iraklio) the capital city of Crete. The airport is located 5km away from the city centre and is the second busiest in Greece, after Athens.

The approach in Heraklion was a little bit tricky due to cross wind and rain. It was snowing at 5,000 feet and the mountains surrounding the airport were covered with snow, which is quite unusual for Crete at this time of the year. 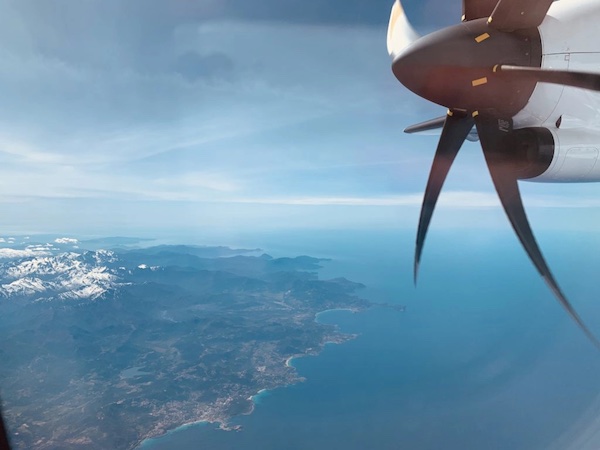 The aircraft just stopped for one hour to refuel at Sharm El Sheikh. On its way there, the crew flew over Cairo and saw the pyramids, but could not take any pictures unfortunately.

The crew flew over the Suez Canal entrance and saw dozens of cargo ships waiting their turn to take the canal just a few days after the Evergreen incident. 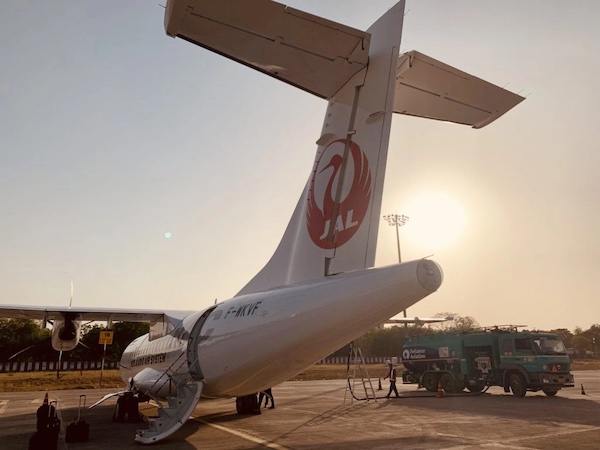 With a population of nearly 6 million people, Ahmedabad is India’s fifth biggest city. Its airport became international in 2000 and handled over 11 million passengers in 2019.

On arrival, the air conditioning system was tested in temperatures of 43°C (109°F) and performed flawlessly. 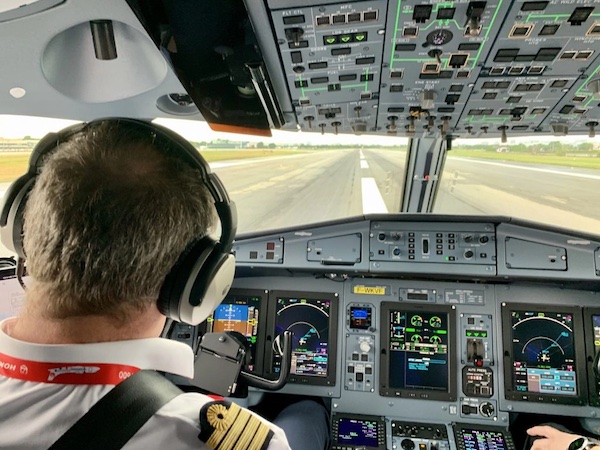 Nothing special to report on this flight except for the usual tower cumulonimbus clouds that needed to be avoided in Myanmar, Burma. 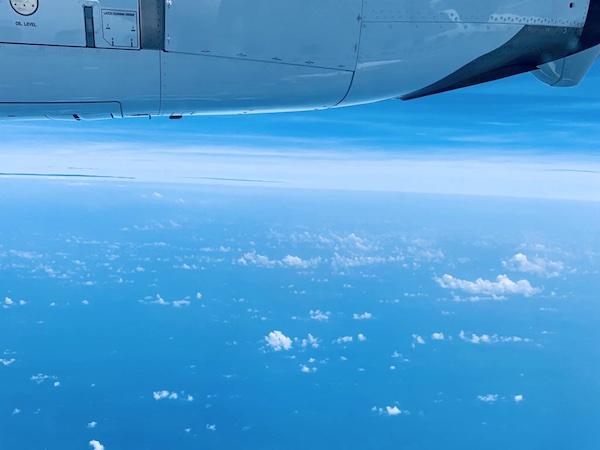 This was the longest leg of the trip, with a long sea crossing (South China Sea between the Vietnam coast and Manila). 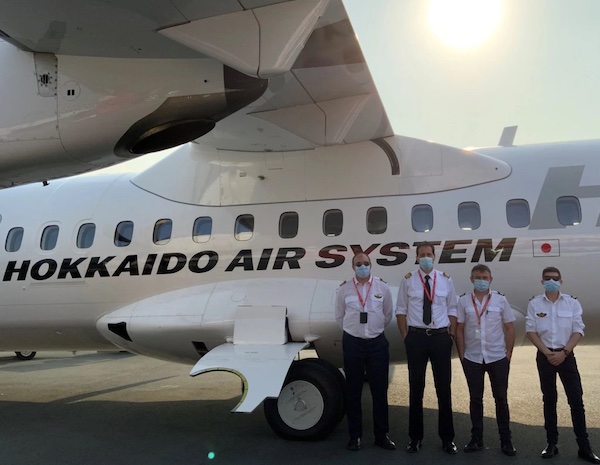 This was the final leg of a 6-day trip.

Kagoshima is located in the South-West part of the Kyushu Island in Japan.

On arrival, the aircraft flew into the smoke plume of the active volcano Sakurajima.

It was delivered to HAC on time to their great satisfaction.

The crew took a PCR test and flew back to Toulouse on 8 April from Fukuoaka airport. 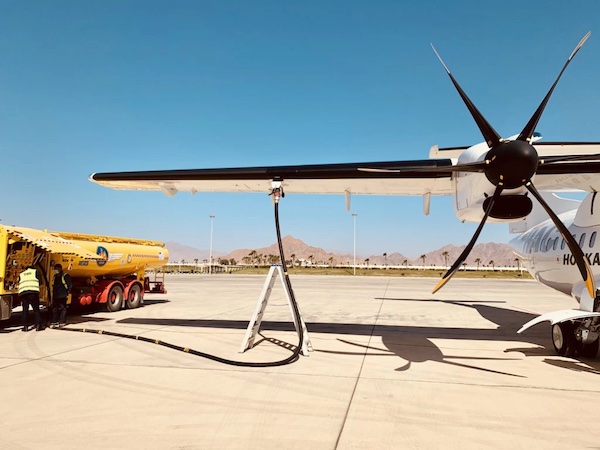 Loading comments for ATR delivery flight - from Toulouse to Kagoshima in 7 stops...