AURA AERO has just inaugurated its assembly line in the HM7, its new hangar located in the heart of the historical site of Francazal in Toulouse, France, in the presence of Etienne Guyot, prefect of the Occitanie region and the Haute-Garonne department, Carole Delga, president of the Occitanie- Pyrénées-Méditerranée region, and Jean-Luc Moudenc, president of Toulouse-Métropole and mayor of Toulouse.

On this occasion, the company officially announced some new projects, among which an electric 19 seater aircraft, supportred by the Occitanie region, with which the manufacturer aims to conquer the low-carbon regional transport market. In order to go into mass production of Integral R, the new generation two-seater, and to start developing new aircraft, AURA AERO now has a 3,500 sq. meters site (established in an « upcycling » approach from recycled containers and insulating mattresses sourced from dismantled aircraft), on the Toulouse-Francazal airport, in a historical hangar, the HM7.

Dating back to 1937, the HM7* was the French Air Force’s first hangar and is the ideal location for AURA AERO, an adventurous and environment-friendly company, respectful of the aviation of yesterday while definitely focused on innovation and on the future. For the aeronautical manufacturer, producing the latest French aircraft in this hangar is highly symbolic!

On this site, hosting the entire production chain on a single location – design office, manufacturing and final assembly line, testing and customer delivery zones – AURA AERO plans to assemble 30 aircraft in 2022 and 50 in 2023, with the objective of reaching 80 to 100 deliveries at the end of 2021.

Besides this new installation, marking the start of production of the Integral family, 2021 will be the year of the certification for Integral R. The first aircraft in the Integral family performed its maiden flight in June 2020 and its first deliveries will take place at the end of this year.

This year will also see the first flight, this summer, of Integral S, the tricycle landing gear version, still powered by thermic thrust and intended for professional civil and military pilots and for recreational flying. Also on the menu this year, the electric version, Integral E, which will take to the air in 2022 and already has a backlog of 50 order intentions.

But beyond this, AURA AERO aims to become a key player in low-carbon general aviation, by developing an electric thrust 19 seater regional transport aircraft. ERA (Electrical Regional Aircraft) should perform its maiden flight in 2024, with an EIS planned for 2026. 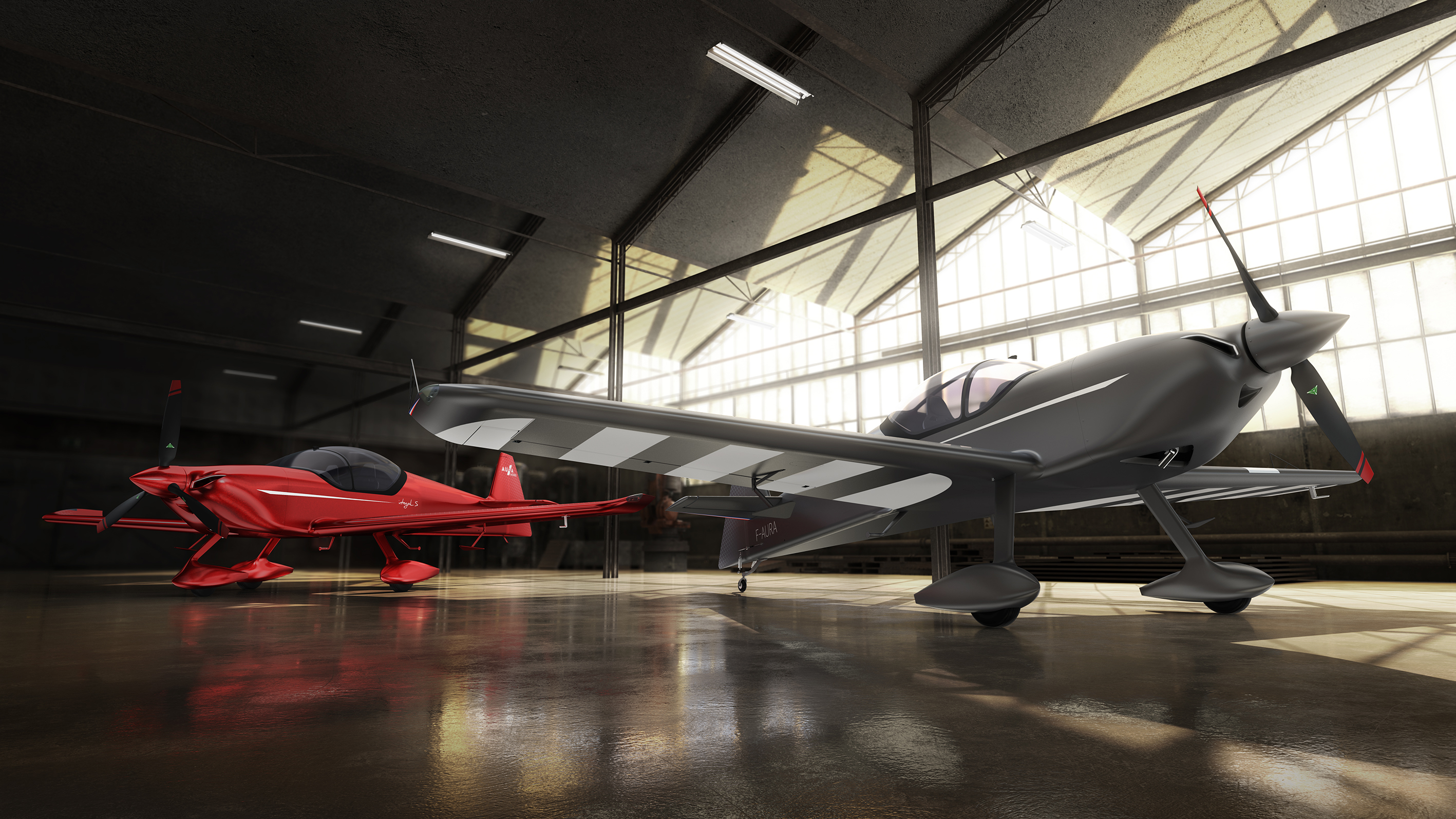 Aimed at offering affordable and low-carbon point to point mobility solutions, and also proposed in a freighter version, this new 19 seater electric thrust and highly connected aircraft will boast electric engines, special batteries specifically developped for an aeronautical use and drastic reduction of noise pollution.

The Occitanie Region has accompanied AURA AERO in its pre-industrialisation phase, by supporting the development of Integral R (200,000 €) and through a 1M€ innovation contract for the development of the electric version, plus 100,000 € for the structuration of its export department and priority market prospection. The Region will also support (3 to 5 M€) the ERA project, in the scope of the « Green aircraft in light aviation » call for projects launched at the beginning of this year as part of the regional aeronautical recovery plan, together with Aerospace Valley‘s MAELE (Environmentally Responsible Light Air Mobility) initiative. 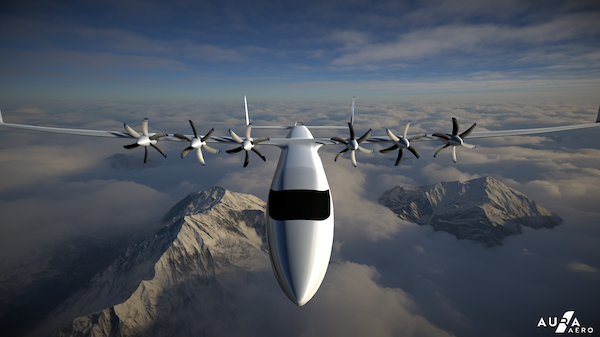 Jérémy Caussade, President and co-founder of AURA AERO, said: « Thanks to these new facilities, larger and more functional, AURA AERO can pursue its growth in a modular and evolutive area, which will enable us to go ahead with the certification campaign for Integral R and to launch the S version with tricycle landing gear and the electric E version. In parallel, we are beginning to work on our strategy aimed at the low-carbon regional transport market, with an electric thrust 19 seater aircraft, and we are aiming to create an airline / airport coalition for low-carbon aviation ». 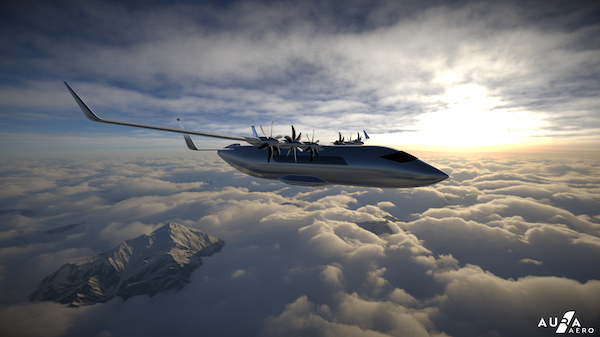 Carole DELGA, president of the Occitanie Region, said : « We will always need aircraft. Greener, lighter, electric and probably hybrid aircraft. France must be a leader on this topic. We must show great political voluntarism, by devoting new resources to research and development. We stand alongside our regional companies and support innovative projects such as AURA AERO’s. Drawing on cutting-edge technology will enable us to create many jobs and to maintain key-competences on our territories. I sincerely wish to congratulate the teams on the accomplished work. They have managed, in just a few years, to become part of the leading aircraft manufacturers ». 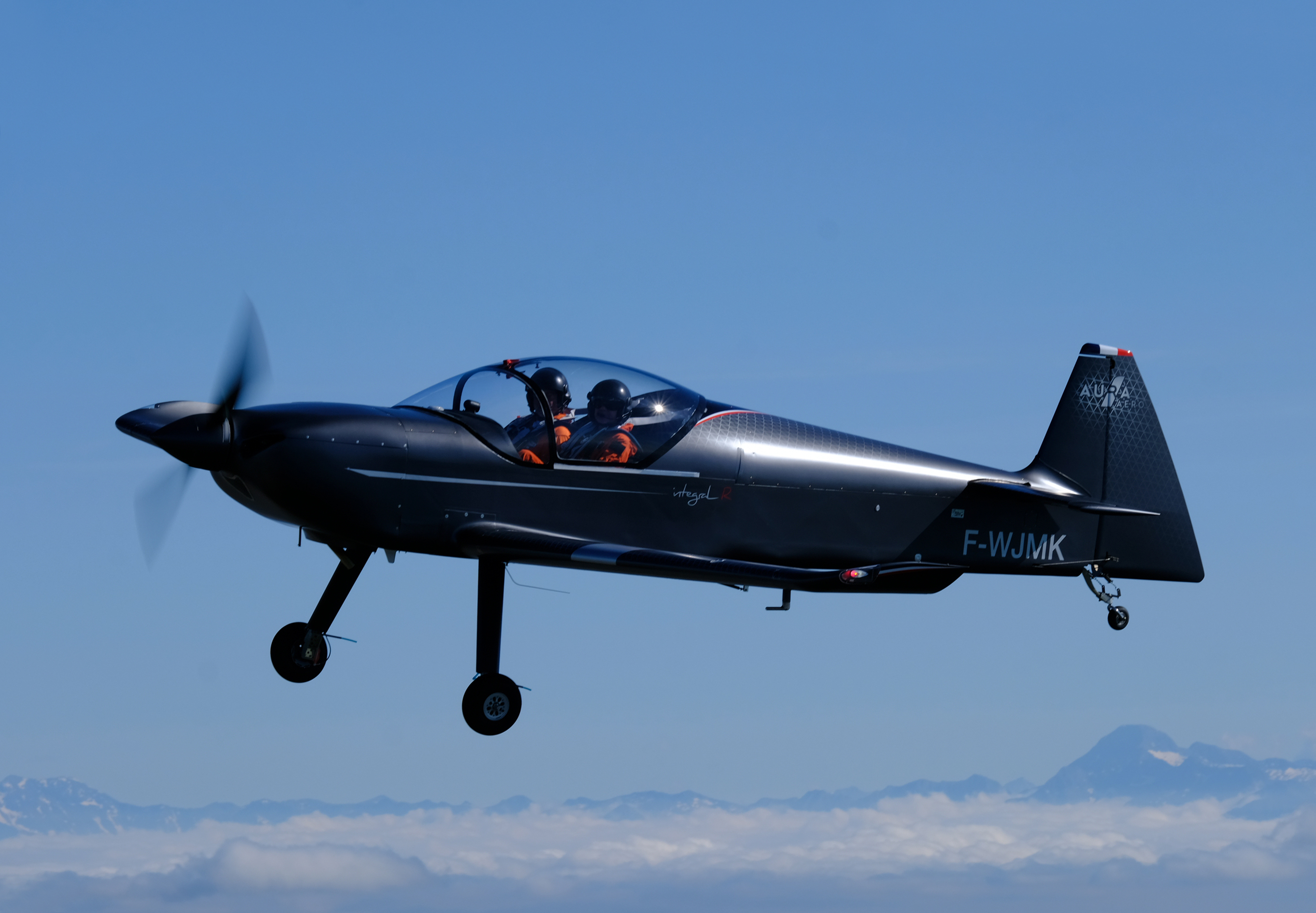