Bell Textron Canada is proud to work with the Government of Canada and the Canadian Armed Forces to further protect servicemen and women during the COVID-19 pandemic.  As the Canadian Armed Forces ramp up operations ahead of peak flooding season, the Mirabel-based company is rapidly bringing to market isolation systems for the CH-146 Griffon aircraft --the Royal Canadian Air Force’s largest helicopter fleet.

Within days, the Bell team and our Canadian partner Alpine Aerotech were able to streamline an innovative system to reduce the risk of transmitting the virus to pilots without compromising the operational use of resources. The system takes only a few minutes to install, providing the speed and agility required in times of crisis.

While this system is optimized for Bell 205 / 212 and Bell 412 aircraft, similar isolation systems will soon be available for other models, including Bell 206 and Bell 407. 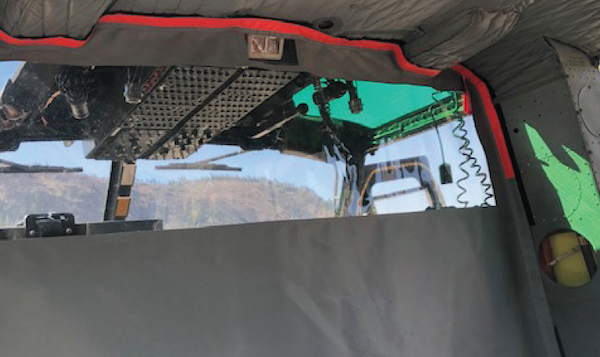 To further ensure the health and safety of RCAF crew members, Bell also quickly deployed Health Canada-approved disinfectant solutions, distributed them to Canadian Armed Forces tactical units, and obtained approval for their use on the CH-146 Griffon, in cooperation with the Department of National Defence.

Through its strategy of combining management (contracting, procurement), engineering (integration), logistics and maintenance services into a single program, Bell plays an important role in supporting the national efforts of the Government of Canada and the Canadian Armed Forces.