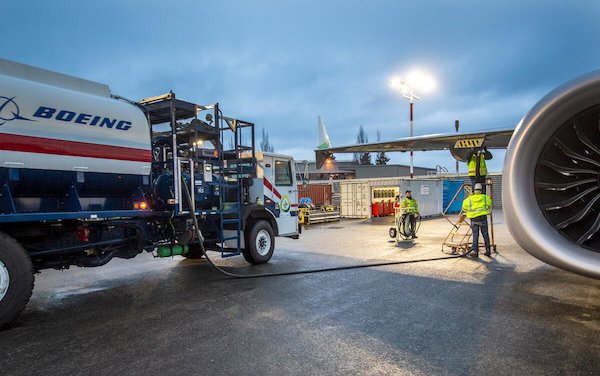 Boeing announced a supply agreement for two million gallons (7.5 million liters) of blended sustainable aviation fuel (SAF) with EPIC Fuels to power its Commercial Airplanes operations in Washington state and South Carolina through 2022. The agreement is the largest announced SAF procurement by an airframer and further demonstrates Boeing's commitment to decarbonizing aviation.

"SAF is a safe, proven, immediate solution that will help achieve our industry's long-term commitment to net zero carbon emissions by 2050," says Sheila Remes, Boeing vice president of Environmental Sustainability. "Boeing has been a pioneer in making sustainable aviation fuels a reality. Through this agreement we will reduce our carbon footprint and have SAF available for customer deliveries as well as our own operations."

Sustainably produced jet fuel, which reduces CO2 emissions by as much as 80% over the fuel's life cycle with the potential to reach 100% in the future, is widely recognized as offering the most immediate and greatest potential to decarbonize aviation over the next 20 to 30 years. Made from several feedstocks, sustainable aviation fuel is certified for commercial use and can be blended with traditional jet fuel without modifications to airplanes, engines or fueling infrastructure. Approximately a year ago, Boeing committed to deliver its commercial airplanes capable and certified to fly on 100% SAF by 2030.

The purchase agreement with EPIC Fuels includes a SAF product made from inedible agricultural waste, blending 30% neat SAF with 70% conventional jet fuel. The purchase will enable broader use of SAF for Boeing commercial production, test, ferry, Dreamlifter and customer flights at facilities in Everett, Renton and Seattle in Washington state and North Charleston, South Carolina. EPIC Fuels will also continue to supply customized blends from 50/50% up to 100% SAF for the Boeing ecoDemonstrator program, which accelerates innovation by taking promising technologies out of the lab and testing them in the air to solve real-world challenges for airlines and passengers. SAF is currently approved for a 50/50 blend with conventional jet fuel for commercial flights.

"Our focus on environmental stewardship and safety is well known in the industry." expressed Kyle O'Leary, VP and COO of EPIC Fuels, an independent aviation fuel supplier with primary operations throughout the U.S. and Canada. "EPIC and Boeing have been partners for decades and we are honored to be a part of this procurement. Working together, we are making sustainability more attainable for our customers."

The purchase builds on Boeing's long-term industry leadership and investment to develop SAF around the world, partnering with airlines, fuel companies, governments and research institutions to expand SAF supply and reduce its cost. Boeing began SAF test flights in 2008, helped gain approval for commercial use in 2011 and enabled airplane delivery flights with SAF starting in 2012. The 2018 Boeing ecoDemonstrator conducted the industry's first 100 percent SAF commercial airplane test flight on a 777 Freighter in partnership with FedEx. In 2019, Boeing began offering customers the option to power commercial delivery flights with SAF to demonstrate commitment to reducing CO2 and further spur the use of cleaner fuels. 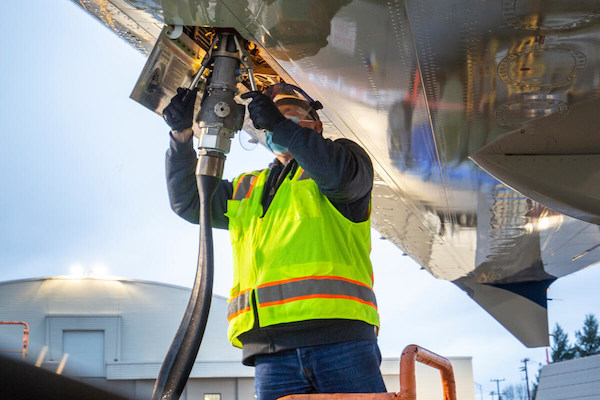