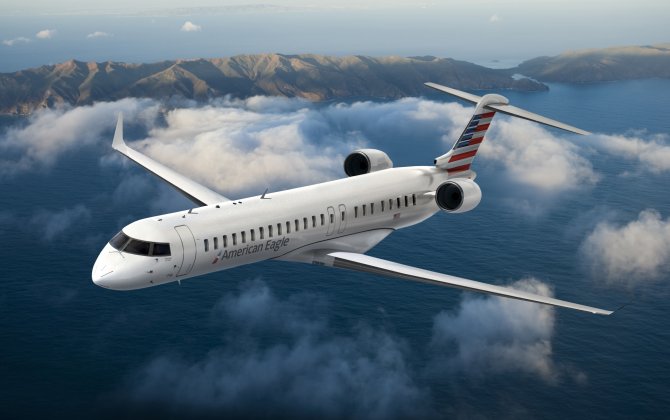 Bombardier Commercial Aircraft announced that it has signed a firm order for 15 new CRJ900 regional jets with American Airlines, Inc. (“American”). The purchase agreement also includes options on an additional 15 CRJ900 aircraft. Based on the list price of the CRJ900 aircraft, the firm order is valued at approximately US$ 719 million.

Upon delivery, American will be benefiting from the latest enhancement to the CRJ Series regional jets – the Atmosphère cabin, which offers an enhanced passenger experience and can accommodate the largest number of “oversized” roller bags of any aircraft in the same category.

“We are pleased with American’s continued confidence in Bombardier and the CRJ900 aircraft,” said Fred Cromer, President, Bombardier Commercial Aircraft. “This order is a testament to the tremendous value that the CRJ Series provides to airlines in the North American regional market. With its outstanding economics and new cabin design, the CRJ900 continues to offer unique revenue growth opportunities, while delivering the most modern regional jet cabin features in line with today’s trends and requirements.”

American has selected PSA Airlines to operate the 15 CRJ900 in dual-class configuration with 76 seats, including 12 first class seats.

The airline intends to take delivery of their first aircraft with the new interior in the second quarter of 2019.

About the Atmosphère Cabin
The new Atmosphère cabin sets new standards of passenger experience in the regional jet market segment. Key features of the new interior are comprised of larger passenger living space, wheel-first roller bag capability, more spacious lavatory, increased cabin connectivity options, all integrated in a contemporary design and material choices. In fact, the Atmosphère cabin design allows each passenger to carry and store an “oversized” roller bag within the aircraft cabin bins which minimizes the need to check bags at the counter or the gate. To learn more: DiscoverAtmosphere.com