ANA and Joby Aviation are forming a partnership that will see Japan’s largest airline join with Joby to bring aerial ridesharing services to Japan. Toyota Motor Corporation also joined the partnership, with the intention of exploring opportunities such as ground-based transportation. Joby is a California-based company developing an all-electric, five-seat aircraft that can take off and land vertically. With a maximum range of 150 miles (241 kilometers), a top speed of 200 mph (321 km/h) and a low noise profile to allow it to access built-up areas, Joby's piloted aircraft is designed to make convenient, emissions-free air travel an everyday reality. For example, the 31-mile (50 km) journey from Osaka station to Kansai International Airport could take less than 15 minutes by air rather than one hour by car. 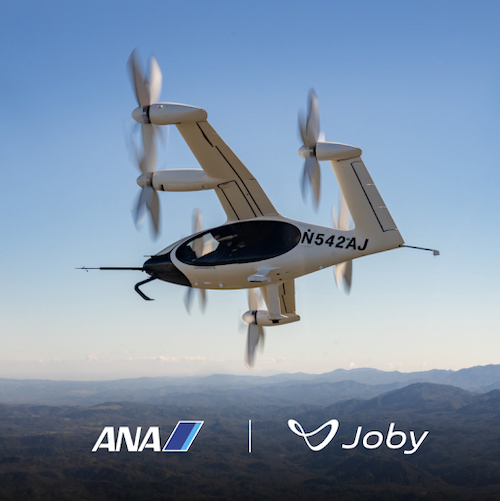 ANA and Joby are set to collaborate on all aspects of establishing this revolutionary new form of transportation in Japan, including the development of infrastructure, pilot training, flight operations, air traffic management, public acceptance, and the regulatory requirements to operate. The integration with ground transportation will also be considered, with Toyota supporting the effort. The parties will also conduct joint discussions with relevant private companies as well as local and national governments.

The partners are all existing members of Japan’s Public-Private Conference for the Future Air Mobility Revolution, established by the Ministry of Economy, Trade and Investment and the Ministry of Land, Infrastructure, Transport and Tourism to accelerate the adoption of aerial ridesharing in the country.

Commenting on the partnership and the opportunity presented by the Japanese market, JoeBen Bevirt, founder and CEO of Joby, said: “Joby exists to help people save time while reducing their carbon footprint. Japan offers us a spectacular opportunity to do just that with 92%1 of the population living in urban areas and Tokyo registering as one of the top 20 most congested cities in the world.”2

“We’re humbled to be working with ANA, an airline that has deservedly been awarded SKYTRAX’s 5-Star rating nine years in a row, and we look forward to working closely with them to bring our aerial ridesharing service to reality in Japan.”

Joby has spent more than a decade developing the technology behind its aircraft, completing more than 1,000 test flights and becoming the first, and only, eVTOL company to sign a G-1 (stage 4) Certification Basis for their aircraft with the Federal Aviation Administration (FAA).

Speaking about the opportunity presented by the introduction of aerial ridesharing in Japan, Koji Shibata, Representative Director and Executive Vice President at ANA HD, said: “ANA has 70 years of experience delivering safe and reliable flights to customers across the world. We’re proud to bring that operational experience to the table as part of this partnership and to be at the forefront of introducing this revolutionary form of transport to Japan.”

“Our customers value efficiency very highly, so being able to provide them with the option to travel rapidly - and sustainably - from an international airport to a downtown location is very appealing.”

The concept of aerial ridesharing has been rapidly gathering momentum in Japan as the country accelerates its efforts to prepare for the 2025 World Expo to be held in the western capital of Osaka, the third most populous city in Japan and the largest component of the Keihanshin metropolitan area of more than 18 million residents.

While Joby’s aerial ridesharing service will be operated directly by the company and offered to passengers via the Joby app or Uber app in core U.S. markets, this announcement reflects Joby’s strategy to partner with local companies committed to delivering exceptional customer service and operational excellence to launch its service in select markets outside the U.S. Additionally, Joby expects to work with local ground mobility partners to deliver seamless, end-to-end journeys for customers.

Joby already has strong connections with Japan, having worked alongside Toyota since 2019. As well as continuing to lend their expertise on manufacturing process development and high-volume production to Joby, Toyota will also support today’s announcement by looking to partner in other aspects of the value chain such as ground-based transportation. Toyota is Joby’s largest outside investor, with nearly $400 million invested to date. 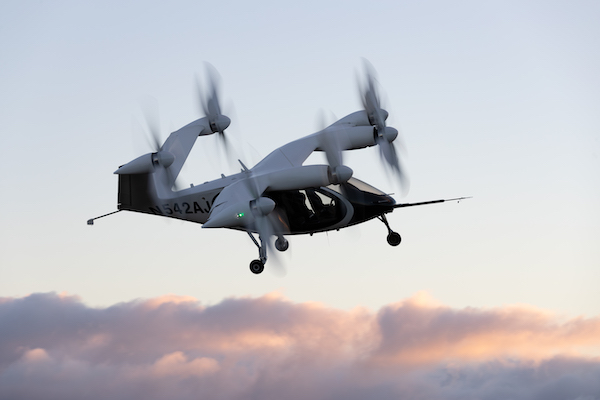