Driven by its president Bruno Barraud, Châteauroux-Villers flying club has just placed an order with AURA AERO for an INTEGRAL R, which will be delivered by end 2021.

The first aircraft of the INTEGRAL family performed its maiden flight in June 2020 and has just entered into serial production, with the objective of delivering to its customers (Midi-Pyrénées Voltige, Dijon Voltige and Châteauroux-Villers flying club) at the end of this year, after the regulatory certification phases.

This acquisition is part of a federative project for the club, aimed at proposing a modern and performing aircraft to its members as well as offering training and refresher courses to fans of sensation flights.

The arrival in the club of INTEGRAL R, a training aircraft with an aerobatics capacity, will reinforce the particular bond which the Indre region shares with the aerobatic world, as a true showcase for the aeronautical history and know-how in this part of France. Indeed, the region organized the World Aerobatics Championships in 2019, at the Châteauroux-Déols Marcel Dassault airport.

Thanks to the support of the town of Châteauroux and its mayor Gil Avérous (also president of the Châteauroux municipalities community), of the Indre departmental council and of the Centre - Pays Val de Loire region, the INTEGRAL R will occupy a prime park space in the future new 1,500 sq. meter photovaltaïc hangar of the club.

Beyond this first aircraft, Châteauroux also expressed a wish of acquiring a second INTEGRAL aircraft, in its electric version, which will strengthen the ambitious eco-efficient project led by the members of the club and their president. INTEGRAL E, whose first flight is planned in 2022, already has an orderbook of over 50 purchase intentions.

Jérémy Caussade, President and co-founder of AURA AERO, said: « We are very happy to welcome Châteauroux-Villers flying club among our customers. The Indre region has a long aeronautical tradition, especially in the aerobatics field, thanks to Châteauroux, who already welcomed the World Aerobatics Championships twice, in 2015 and in 2019. This region is also a historical ground for French aviation and the Châteauroux-Villers flying club, with its eco- efficient project, fully shares our values and our vision of the aircraft of tomorrow ».

Bruno Barraud, President of the Châteauroux-Villers flying club, added: « In the name of all the members of the club, I am very pleased to welcome soon a new performing and eco-efficient aircraft, which will take part in the development of a new French aircraft manufacturer, AURA AERO. » 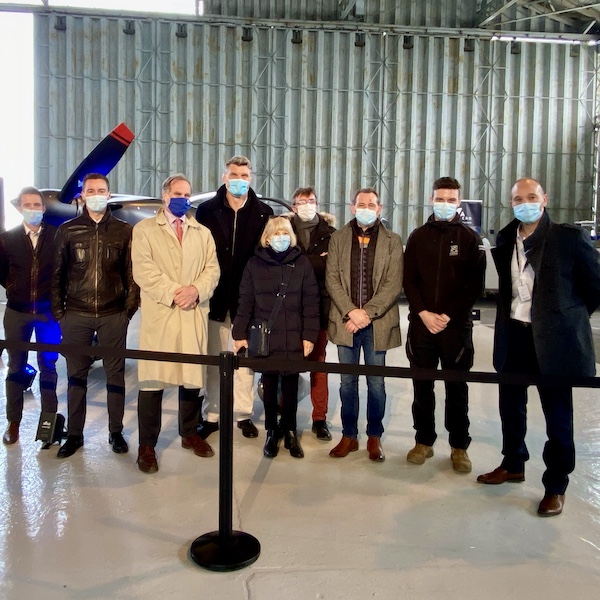