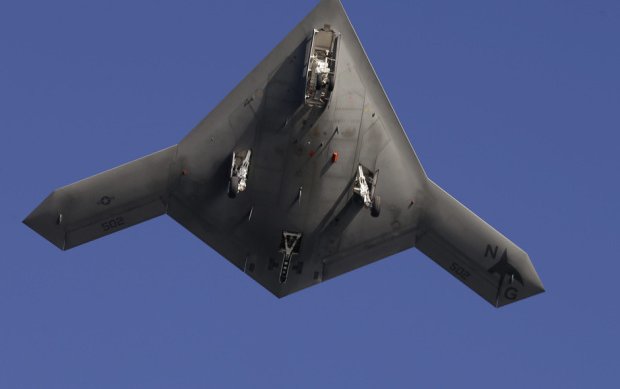 China's self-developed unmanned aerial vehicle (UAV) the CH-5, representing a world standard in size and weight, made its maiden flight in Gansu province, the Beijing Times reported on Monday.

The country's biggest UAV, with a wingspan of 20 meters, has a maximum takeoff weight of 3 tons, maximum payload of around 900 kilograms and an endurance of more than 30 hours at low- and medium-altitude. According to the newspaper, CH-5 is twice the size of its previously-developed counterparts.

The maiden flight, scheduled in the early morning to avoid rush hour for civil flights, took 20 minutes before it landed smoothly as programmed, according to CCTV.

Also known as Rainbow 5, CH-5 is the largest reconnaissance and strike drone developed by the country according to the Chinese Academy of Aerospace Aerodynamics of the China Aerospace Science and Technology Corporation (CASC).

The UAV will affect the way of dealing with anti-terrorist attacks in future, since its heavier loading capacity enables it to accommodate perspective radar to detect terrorists inside buildings or woods and communication-command devices to lead a drone fleet, said Ou Zhongming, head of the UAV project at the CASC.

"It will increase the range of reconnaissance from 30 kilometers to 80 kilometers, which will discover targets over a longer distance and prevent any danger," Lan Wenbo, an official at the CASC told CCTV.