Gulfstream Aerospace achieved another milestone - its 600th Gulfstream G550 has been delivered to a customer! The delivery was celebrated by Gulfstream employees at the company’s Brunswick, Georgia, completions and maintenance facility. Entering service in 2003, the G550 introduced the award-winning PlaneView™ flight deck featuring Gulfstream’s Enhanced Flight Vision System. For its technological and safety innovations, the G550 was awarded the 2003 Robert J. Collier Trophy. 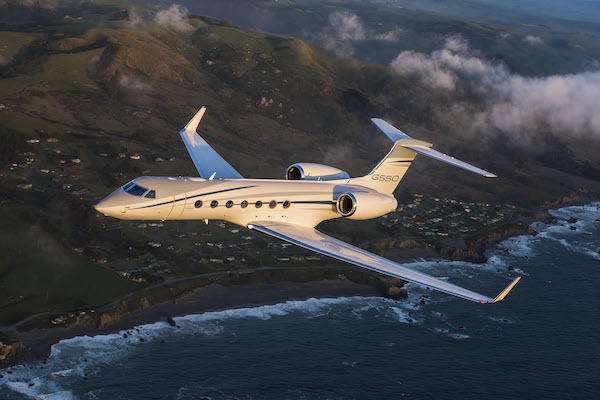 “The G550 has solidified its place as one of the most dependable business jets available,” said Mark Burns, president, Gulfstream. “More than 20 percent of Gulfstream aircraft in service are G550s, proving its reputation as an established and versatile aircraft for business aviation. The G550 is also a popular choice for special missions and government configurations,” said Burns. “The flexibility and adaptability of the aircraft make it an ideal platform for challenging missions.”

Equipped with two Rolls-Royce BR710 engines, the G550 can fly 6,750 nautical miles/12,501 kilometers at Mach 0.80, connecting Tokyo with Palm Beach or Shanghai with London. The cabin offers numerous configurations and can seat up to 19 passengers and sleep up to 8. The G550 can also be outfitted for a variety of government applications, including aeromedical evacuation, head-of-state transport, airborne early warning, atmospheric research and maritime patrol.