Pilots of the Danish Armed Forces at Flying School in Karup will soon be able to practice their flying skills in a more climate-friendly way. The Danish Ministry of Defense has launched an action plan focusing on the transition to more environmentally friendly solutions, so as the first country in the world, Denmark leased two electric aircraft on course to their operational use in the Airforce.

According to the plan, the two electric planes will be delivered to the Flying School in Karup this September, where they will be used for a two-year trial period. Initially, the planes will be evaluated by experienced pilots, but then they will be used as training airplanes and included in Karup Flying School’s program for new pilots. The Pipistrel Velis Electro is the first type-certified fully electric plane in the world. It will complement the Danish Air Force’s current training aircraft Saab T-17 .

Danish Minister of Defense, Ms. Trine Bramsen says: “Everyone has a responsibility to contribute to climate change prevention. This also applies to the area of defense. Therefore, we have decided to procure electric aircraft for our air military. The electric planes will be used for training, among other things. The experience will be important for future equipment acquisitions in the field of defense.”

Lieutenant Colonel Casper Børge Nielsen of the Ministry of Defense Material and Procurement Agency has many years of experience as a test pilot. Now he is in charge of testing the electric planes for flight training use in the Air Force. He says: “We will test whether some of the flights and tasks we have in the Air Force can be replaced by electric planes.”
He warns there are still some limitations, because this kind of flight is still at a very initial stage, but he says that considering flight training, the two aircraft will probably be able to cover many needs of the the Danish Air Force.

Børge Nielsen confirmed he had no doubt that also within Air Force, something must happen for the protection of environment. He said the goal was to gain some experience in electric flight at an early stage, so they would be the forefront when this technology evolves over the years.

The two aircraft will be provided to the Danish Armed Forces in cooperation with Green Aerolease, owner of the largest Pipistrel Velis Electro fleet. Pipistrel would like to congratulate Green Aerolease for this esteemed customer and will continue to provide our world class services.

Pipistrel CEO Ivo Boscarol says: “We are thankful to the Danish Armed Forces for their pioneering spirit and decision to contribute to a cleaner atmosphere. Our Velis Electro will deliver immediate reduction of CO2 emissions, noise and cost associated with military pilot training operations. Surely Danish citizens will appreciate much quieter flying activities in vicinity of populated areas across the country.
For Pipistrel, it is a big honour to be selected by such an esteemed institution as the Danish Armed Forces. For all other training organizations, this is a clear signal that Pipistrel Electric Aircraft can be used equally well in ab-initio pilot training and in the most demanding military flight training scenarios.” 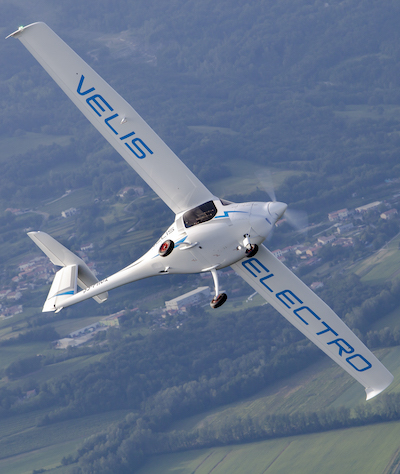