Dassault Aviation is making steady progress toward an early 2021 planned first flight for its latest and roomiest aircraft, the Falcon 6X, despite the upheaval caused by the coronavirus epidemic.  “Bringing the Falcon 6X to market on schedule is a top priority for the company. Our planning and production staff have been diligent and resourceful in adapting procedures to new sanitary guidelines to keep this program running smoothly,” said Dassault Aviation Chairman and CEO Eric Trappier. “Our suppliers have also made extraordinary efforts to support us. We are grateful to them all.” 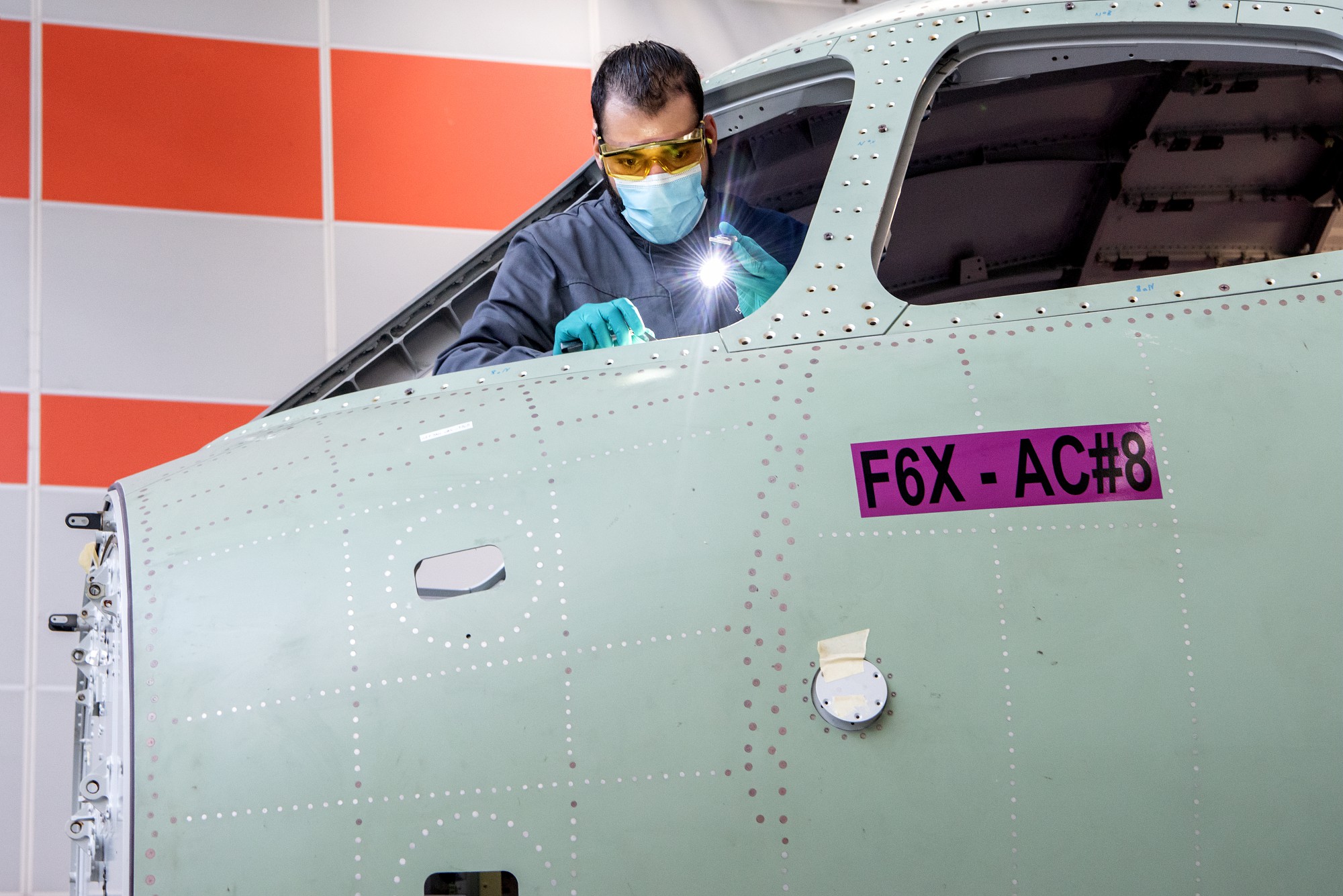 The first of the three pre-production aircraft that will take part in flight certification has been powered up and has entered ground testing. Aircraft no. 2 and 3 are in advanced stages of assembly and long cycle parts production for serialized production has already begun. Certification and entry into service are set for 2022, in keeping with the original timetable. 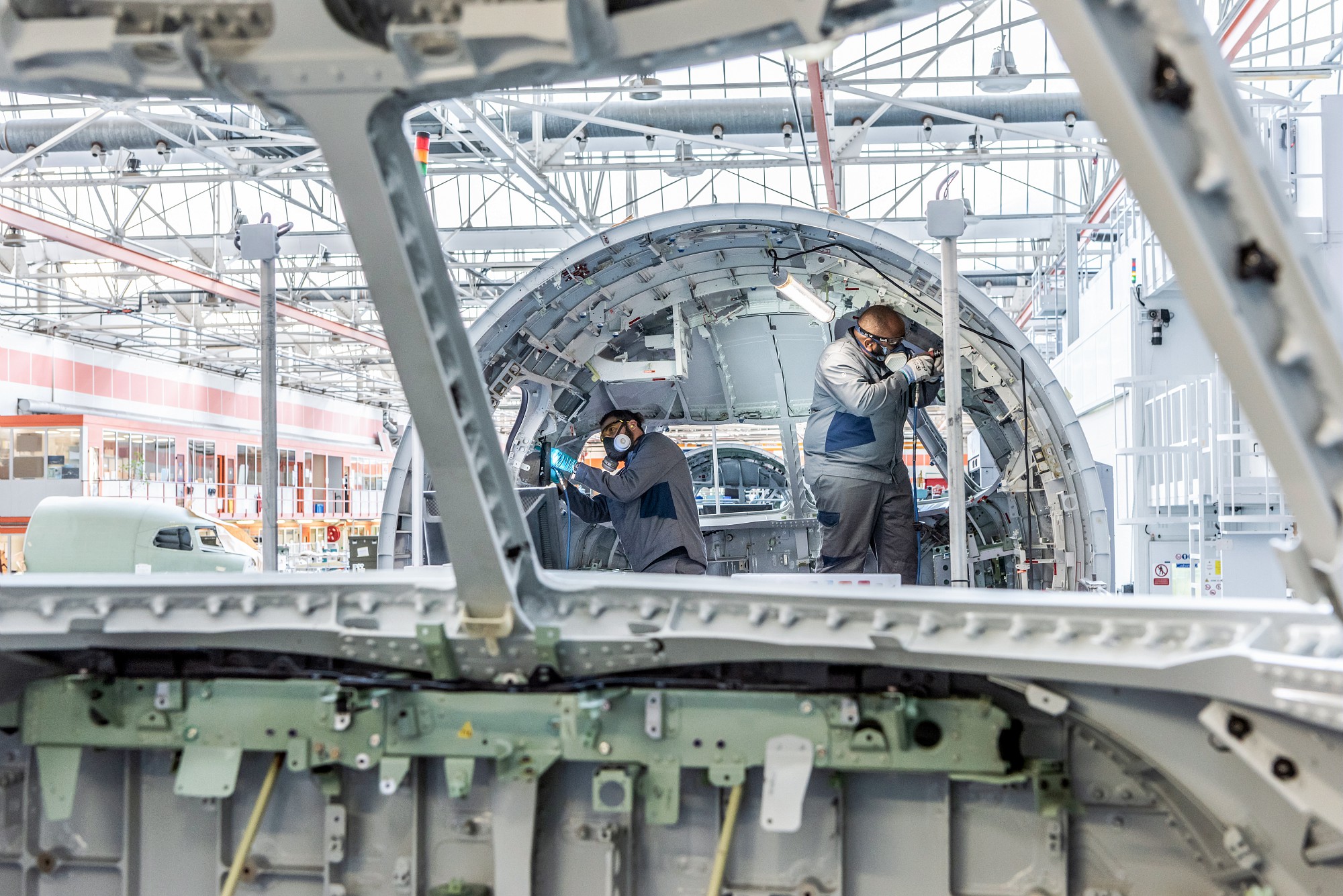 The second aircraft recently had its wings mated to the fuselage and the third aircraft is in the early stages of final assembly. Each will be heavily instrumented and, like aircraft no. 1, will be capable of performing aerodynamic, performance and systems testing. 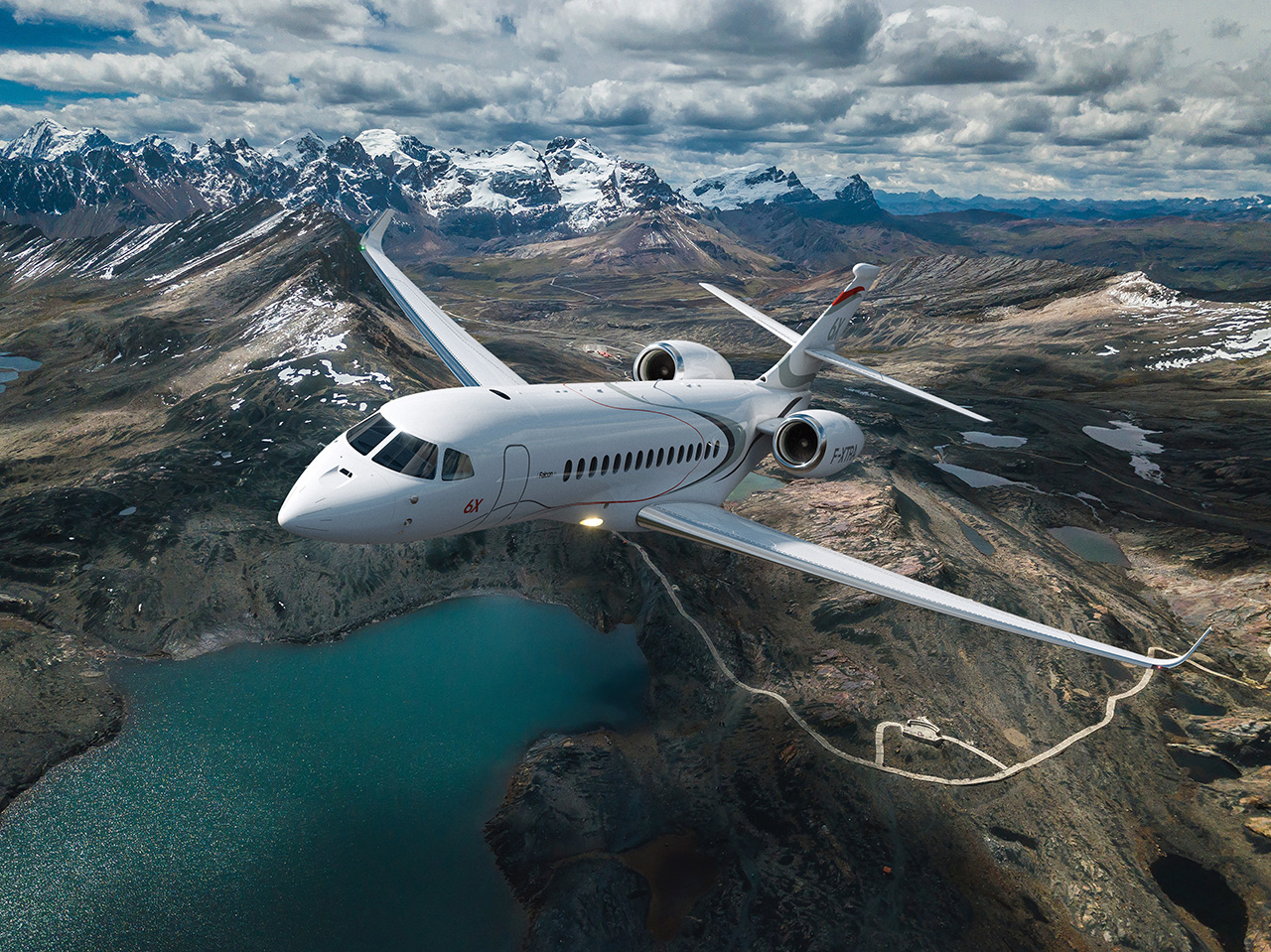 Aircraft no. 3 will receive a full interior to evaluate systems functionality, acoustics, airflow, comfort and other factors. Interior furnishings, environmental systems, electronics and other equipment are currently being tested in a ground test rig prior to installation on the aircraft.


Electric, hydraulic and fuel system tests have been completed and testing of the Falcon 6X’s advanced digital flight control system have begun. Ground fatigue and damage tolerance testing has also been initiated. This test cycle will later be extended to include stress testing to maximum load limits and beyond.

The Falcon 6X sets a new industry benchmark for cabin comfort, long-range performance and flying efficiency. It offers the largest cabin cross section of any purpose-built business jet (6’6” tall by 8’6” wide) and its 5,500 nautical mile range capability allows it to connect far flung routes such as Paris to Tokyo or Los Angeles to Moscow.

The new twinjet is also equipped with the latest innovative technologies, including a new-generation Digital Flight Control System (DFCS) that provides unmatched maneuverability in flight. The new DFCS controls all moving surfaces including a new multifunction control area called a flaperon, adapted from Dassault fighter aircraft. 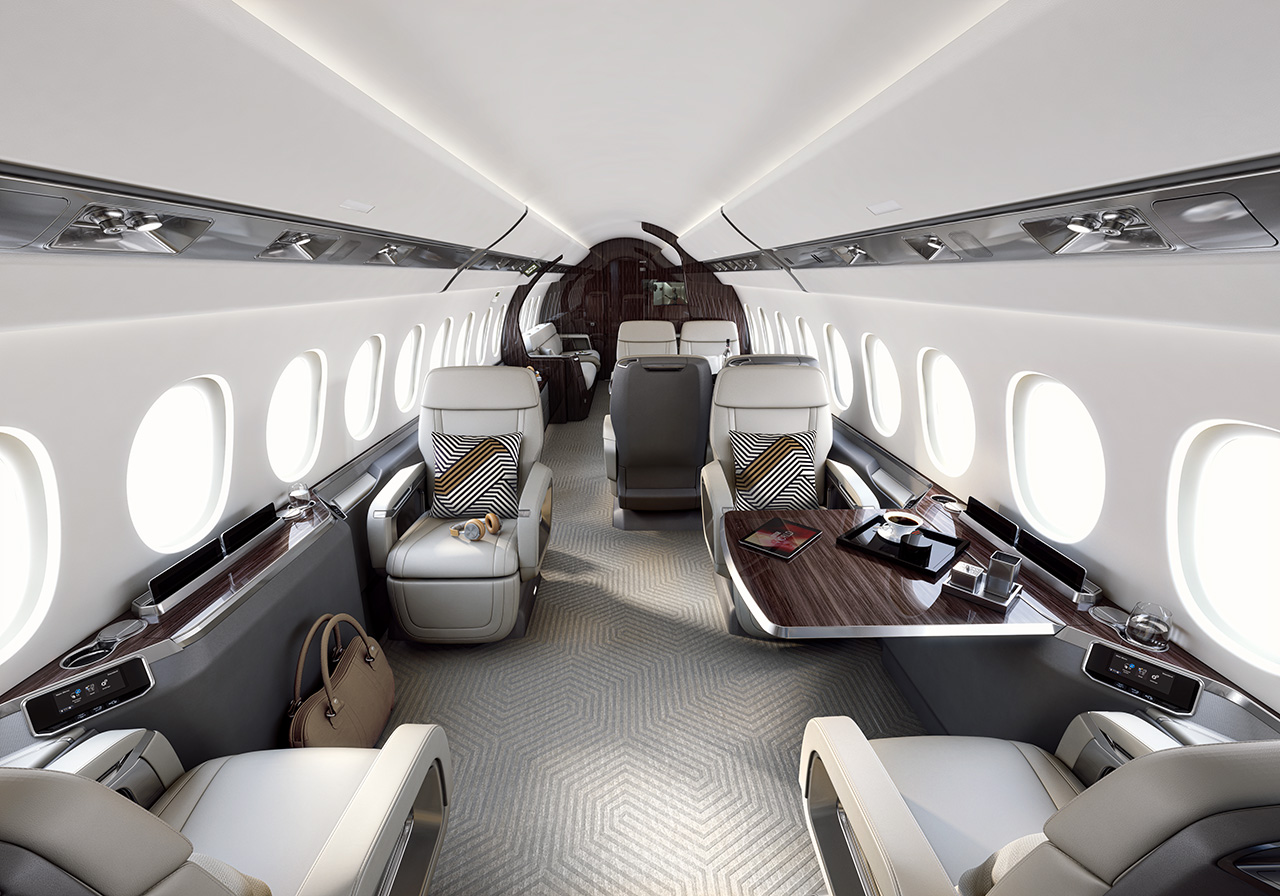 Assembly of Falcon 6X engines and nacelles is ramping up in parallel with aircraft production.

The aircraft’s advanced Pratt & Whitney Canada PW812D engine completed an initial airborne test campaign earlier this year aboard Pratt & Whitney’s Boeing 747 testbed aircraft and a second series of flight tests are scheduled this summer. To date the PW812D has accumulated over 200 hours in the air and more than 1,600 hours on the ground. It has also completed initial certification tests, including bird strike, ice ingestion and blade-off tests. 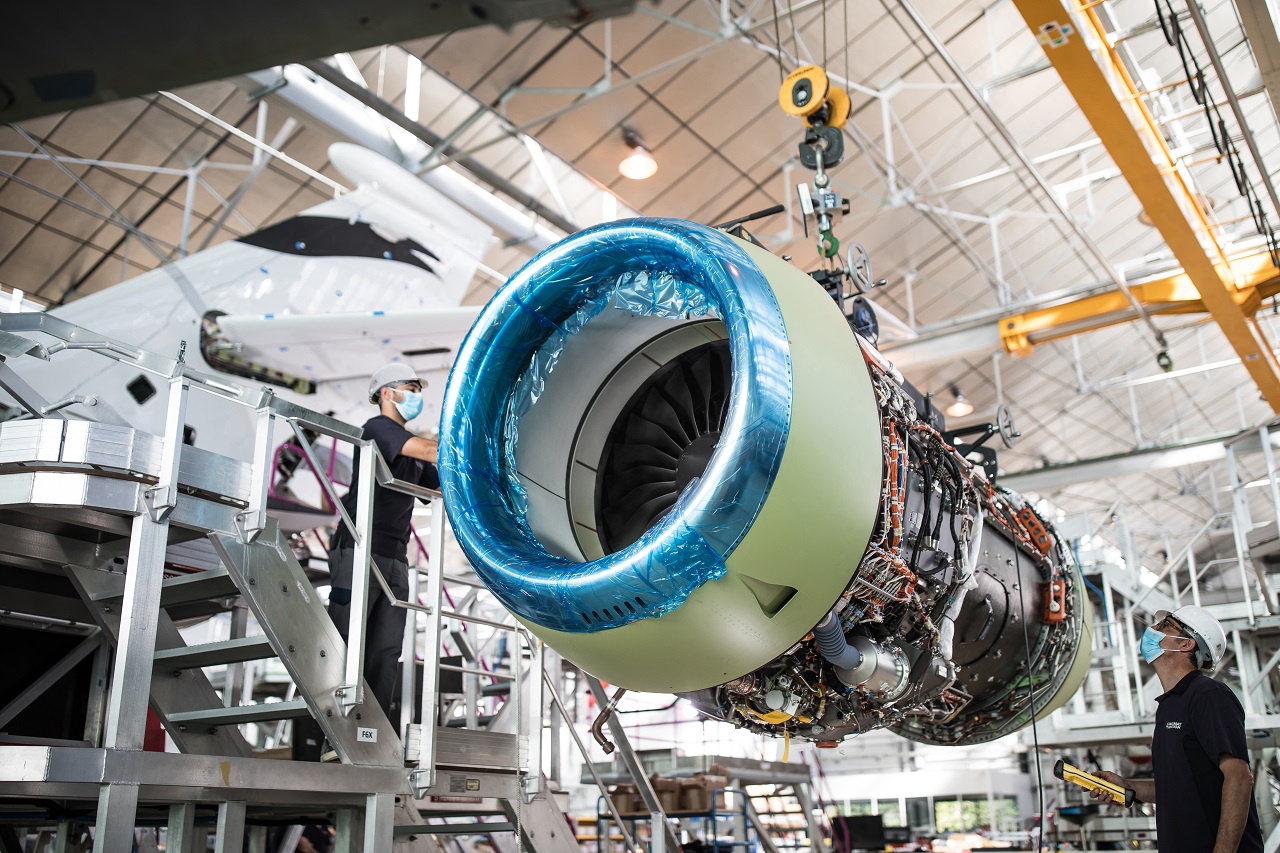 Embraer recently delivered the first Praetor 500 to an undisclosed customer in Brazil, marking the first delivery of the aircraft type in the country. The Praetor 500 is currently the farthest -...