During Aviation Week 2019 Commercial Aviation event ceremony in Washington Embraer’s family of E-Jets E2s has received the Grand Laureate, as well as the Laureates Award in the commercial aircraft platform category.

“Though it looks similar to Embraer’s original E-Jet series, the manufacturer’s E2 airliner family is substantially a new design, with major advances in aerodynamics, propulsion, avionics, flight controls and cabin defining a new benchmark for crossover jets,” explained the publication to award the E2 program.

“This award belongs to all 18,000 Embraer employees. We must, of course, recognize the greatness of our engineering teams which worked very hard to overcome all the challenges during the E2 program’s development. It’s truly an honor to receive this award in the same year that Embraer is celebrating its 50th anniversary,” said Paulo Cesar de Souza e Silva, Embraer President & CEO.

“For Embraer to receive this award is the crowning achievement in such an incredible program,” said John Slattery, President & CEO, Embraer Commercial Aviation. “We have to remember that in an industry in which it’s not easy to keep complex programs on track, Embraer brought the E2 to market on schedule and on budget. It even exceeded several performance targets. I also want to share this award with our program partners. Without them, this would not be possible.”

Since its inception, Aviation Week’s Laureate Awards have honored extraordinary achievements in aerospace. Innovators that represent the values and vision of the global aerospace community have changed the way people work and move through the world. Aviation Week continues to recognize the very best accomplishments in the four pillars of our industry: Defense, Commercial Aviation, Space and Business Aviation.

Embraer launched its E-Jets E2 program in 2013. The new-generation E-Jets family of commercial aircraft is comprised of three new airplanes – E175-E2, E190-E2, E195-E2 – seating from 70 to 146 passengers. The E-Jets E2s represent the best of new technology in a proven platform. The application of advanced technologies for engines, wings, and avionics sets the E2s apart by providing airlines with the most efficient aircraft in the category while maintaining commonality with E-Jets first-generation. 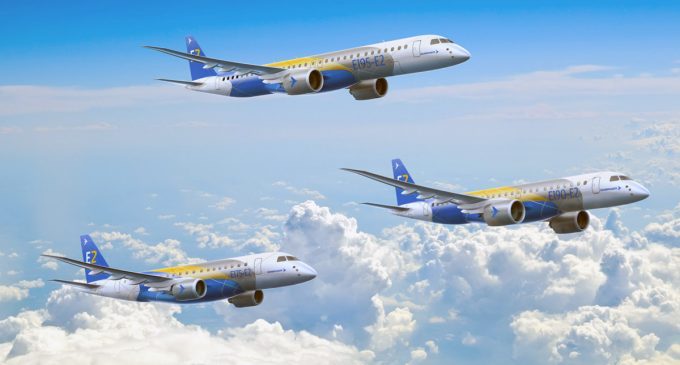