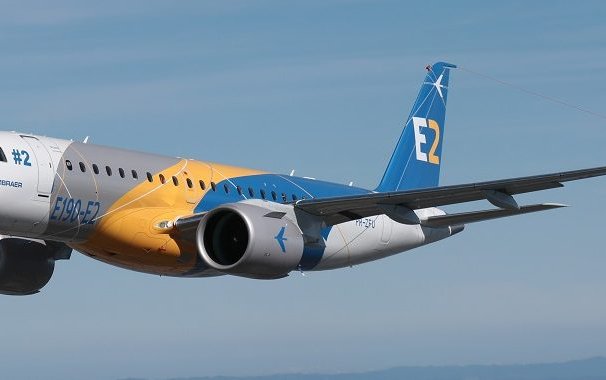 Embraer confirmed today April of 2018 as the delivery date of the first E190-E2 to Widerøe, the aircraft’s launch operator. The announcement was made at a press briefing in Athens, Greece, during the annual general meeting of the European Regional Airline Association (ERA – www.eraa.org). Widerøe, the largest regional airline in Scandinavia, will begin revenue service with the aircraft shortly afterwards.

“Since the program was launched, the first half of 2018 has been our target, and now we are making good on this commitment. This was only possible thanks to the excellence of our engineering process due to our unique experience in certifying 12 new aircraft in the last 17 years,” said John Slattery, President & CEO, Embraer Commercial Aviation. “From the beginning the E2 program has been, and remains on time, on budget and better than the initial specification. We’ll deliver to the market a mature and robust aircraft.”

Widerøe signed a contract with Embraer for up to 15 E2 jets consisting of three firm orders for the E190-E2, the first member of the second generation of the E-Jets family, and purchase rights for 12 further E2s. The order has a potential list price value of up to USD 873 million, with all orders being exercised. The airline is configuring the E190-E2s in a comfortable single-class layout with 114 seats.

Stein Nilsen, Chief Executive Officer of Widerøe, said, “We have been working very closely with Embraer teams in order to guarantee a very smooth Entry Into Service. We are eager for the coming months, when will intensify the familiarization with the aircraft, with immersion training for the technical teams, ground handling, flight operations and cabin attendants.”

Embraer is the world’s leading manufacturer of commercial jets with up to 150 seats. The Company has 100 customers from all over the world operating the ERJ and the E-Jet families of aircraft. For the E-Jets program alone, Embraer has logged more than 1,800 orders and almost 1,400 deliveries, redefining the traditional concept of regional aircraft by operating across a range of business applications.


Loading comments for Embraer Announces Delivery of the First E190-E2 in April of 2018...

Azur Drones, one of the world leaders in drone-in-a- box solutions for surveillance and inspection, has recently obtained validation of its Skeyetech system by the giant TotalEnergies, confirming its...