Embraer is back to Farnborough International Airshow to showcase its commercial, defense, sustainability, and technology solutions at chalet C105/C106 and product area E037.

Francisco Gomes Neto, President and CEO of Embraer, commented: “We are thrilled to be back at the Farnborough International Airshow and welcome our customers to explore Embraer’s commercial and military aircraft up close, as well as the full-size Eve eVTOL cabin that will be on display for the first time. We will be flying both E2s, the KC-390 and the A-29 aircraft at the show on a blend of 39.06 % Sustainable Aviation Fuel, in line with our commitment to a more sustainable future and our renewable energy goals.”

Embraer activities at FIA2022 include:

Embraer’s E-Jets E2 family of aircraft, including the E190-E2 and E195-E2 are the most fuel-efficient single aisle aircraft flying today, delivering the lowest operating costs and highest yields for airlines, more comfort for passengers and space for their bags, smallest noise footprint and less impact on the environment. All flights at Farnborough will be powered by 39.06% sustainable aviation fuel (SAF) blend.

In June, the Pratt & Whitney GTF-powered E195-E2 was successfully tested on 100 percent SAF, validating that the E-Jets E2 family can fly on both engines with blends of up to 100% SAF without any compromise to safety or performance. Today, the E2 emits 25% fewer CO2 emissions compared to previous generation aircraft; this reduction can be increased to 85% with SAF. 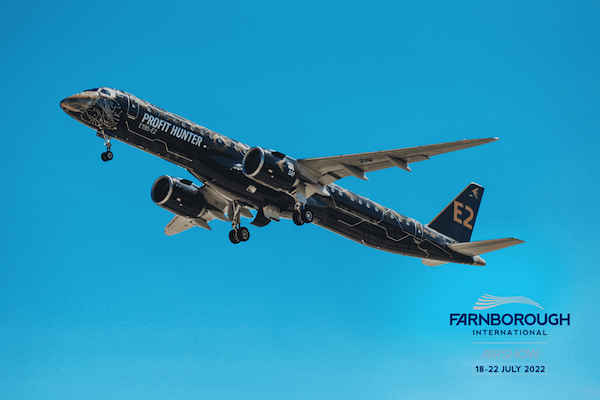 Embraer Defense & Security products and solutions are present in more than 60 countries and include the multi-mission C-390 Millennium military transport aircraft and the A-29 Super Tucano light attack and advanced trainer aircraft, which will be on display at FIA.

The C-390 aircraft was first delivered to the Brazilian Air Force in 2019 and has proven its capability, reliability, and outstanding performance on domestic and overseas missions, as well as its ability to quickly respond to emergency or humanitarian situations. The aircraft has already been acquired by Portugal and Hungary, and on June 16, The Netherlands Ministry of Defense announced their selection of a fleet of C-390 Millennium to succeed their current fleet of C-130 Hercules.

Regarding the A-29 Super Tucano aircraft, the worldwide fleet reached 500,000 flight hours earlier this year. With more than 260 units delivered, the aircraft has already been selected by more than 15 air forces worldwide. 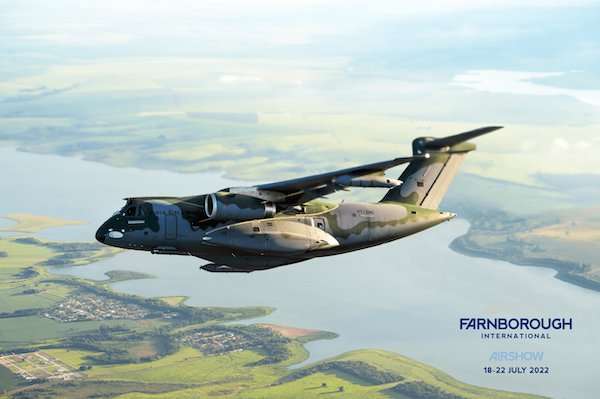 Eve is dedicated to accelerating the Urban Air Mobility ecosystem. Benefitting from a start-up mindset, backed by Embraer S.A.’s more than 50-year history of aerospace expertise, and with a singular focus, Eve is taking a holistic approach to progressing the UAM ecosystem, with an advanced eVTOL project, a comprehensive global services and support network and a unique air traffic management solution. Since May 10, 2022, Eve is listed on the New York Stock Exchange where its shares of common stock and public warrants trade under the tickers “EVEX” and “EVEXW”. The Climate Jet Club and GlobeAir are launching an innovative Jet Card Program. With private jet charters rising in demand across the globe and especially in Europe, Austrian-based operator of Ce...