Embraer delivered 32 jets in the second quarter of 2022, of which 11 were commercial and 21 were executive jets (12 light and nine large). As of June 30, the company has delivered a total of 46 aircraft (17 commercial and 29 executive). The firm order backlog ended 2Q22 at US$17.8 billion, the highest level since 2Q18, driven by new sales of aircraft and services, an increase of 12% when compared to the US$15.9 billion recorded in the same period in 2021. 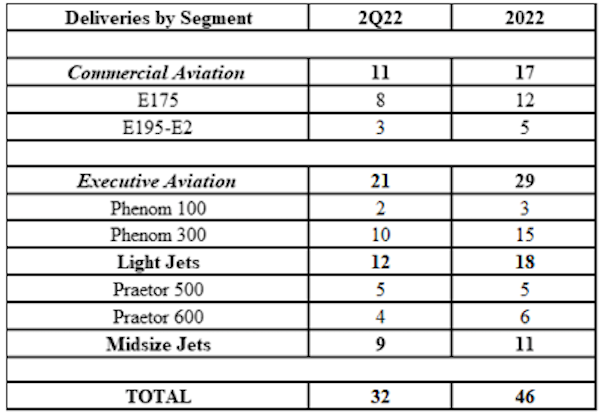 During the period, Embraer welcomed Sky High from the Dominican Republic to the E-Jets operators family, which will operate two first-generation E190 jets. These aircraft will be covered by the Pool Program, whose contract was announced by Embraer Services & Support.

In June, Embraer signed a firm order to convert up to 10 E-Jets into passenger to freight (P2F) aircraft with an “undisclosed” customer. The aircraft will come from this customer's current fleet of E-Jets, with deliveries starting in 2024. This is the first firm contract for the conversion of E-Jets, and the second agreement for this type of operation. In another contract, announced in May, Embraer and Nordic Aviation Capital (NAC) agreed up on to 10 conversion positions for the E190F/E195F jets.

Also in the second quarter of 2022, Embraer Defense & Security delivered the last modernized AF-1 fighter jet to the Brazilian Navy. In the business aviation market, the results and growing demand confirm Embraer's solid positioning in the light and midsize jet segments.

Last week, during the Farnborough Airshow, Embraer Commercial Aviation announced the sale of 20 E195-E2 jets to Porter Airlines from Canada, which will be included in the firm order backlog for the third quarter of 2022. The Canadian airline now has 50 firm orders and 50 purchase rights for the E195-E2 model. At the same event, Embraer announced a firm order from Alaska Air Group for eight additional E175 jets, which are already included in the 2Q22 backlog, and 13 purchase rights.

Embraer Services & Support announced a renewal and expansion agreement with LOT Polish Airlines for the Pool Program. The long-term agreement will cover a total of 44 E-Jets. And NAC announced a memorandum of understanding (MoU) for Astral Aviation, based in Nairobi, Kenya, to carry out the conversion of the first two passenger to freight (P2F) aircraft from the E190F model.

Embraer Defense & Security established cooperation agreements with BAE Systems through two MoUs aimed at expanding the companies' operations in the global defense market. The first one aims to promote the C-390 in Middle Eastern markets (initially in the Kingdom of Saudi Arabia), and the other confirms an intention to create a joint venture to develop a defense variant of Eve’s eVTOL vehicle. 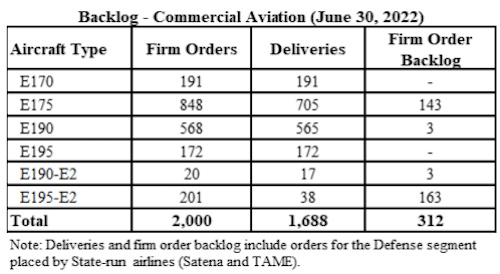 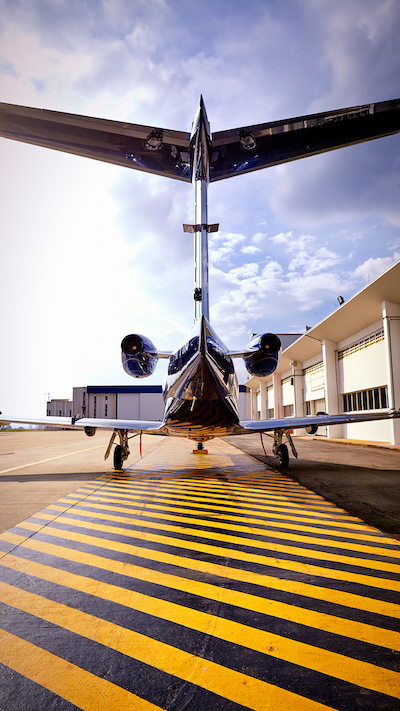