Happy 50-year anniversary! Embraer celebrates with a ceremony that brings together employees, authorities and commercial partners at company’s headquarters, in São José dos Campos, Brazil. If you want to be a part of this celebration, just follow the link: https://embraer.com/br/pt/50-anos

See the highlight of several activities that the company prepared throughout this year as a way to remember its five decades of uncountable achievement, challenges that were overcome and technological innovation, in one of the most fascinating stories within the aviation industry.

In order to share that journey in details Embraer has been conducting a series of global promotional actions in Brazil and abroad that includes participation in events and airshows in Americas, Europe, Middle East and Asia, demonstration flights, a historical exposition of classic and new aircrafts and the launch of a commemorative edition book.

“Embraer resulted from the determination of visionaries who wanted to transform the impossible into reality – and they did it. That’s what we want to show with these actions at this historic moment for the company. We grew up with this spirit, we´ve reached 50 and that is how we will continue over the next decades’’, said Francisco Gomes Neto, president and CEO of Embraer.

This journey of 50 years, narrated by the digital campaign “Journey of Wonder’’, led Embraer to become the global leader of manufacturing commercial jets up to 150 passengers and a prestigious player in such a competitive market as the business aviation. To be a pioneer in the development, certification and manufacturing of the first series aircraft fueled by ethanol, and to develop, in partnership with the Brazilian Air Force, unique products for the defense and security market and creating a complete portfolio of products and services to support customers over 100 countries. All that in awe of the EMB 110 Bandeirante, the aircraft which has given life to the company and which allowed Brazil to figure in the select group of countries that have knowledge to operate in the complete cycle of the aeronautical chain.

As part of celebration, Embraer also promotes the global media campaign “Challenge-driven, dream-driven”. With presence in programmatic media and social media, advertisement in newspaper and magazines, in addition to advertising movie, the campaign show the company’s overcoming stories and its achievements, showing the greater contributions of both, its human and technological capital, to the global aerospace industry.

On Embraer´s website (http://www.embraer.com.br) you can access exclusive content about the company’s journey in several formats as well as to experience the new version of the Embraer Historic Center, much more modern and intuitive. This content highlights the history of the Brazilian aeronautics industry with much information and images of the first aircraft and factories built in Brazil. At Embraer official channels on social media you can find daily content and testimonials that highlight the motivation, the dreams, the challenges and other curiosities related to our people and to our products.

Today, with approximately 18,000 direct employees worldwide, the Company has initiatives that value its people, highlighting the stories of competence, boldness and courage of those who helped build the Embraer which was founded in August 19th, 1969.

Created by the Brazilian Government as state-owned Empresa Brasileira de Aeronáutica S.A., Embraer was initially conceived to transform into engineering and industrial capacity the science and technology developed by Brazilian Centro Técnico de Aeronáutica (CTA) as well as the Instituto Tecnológico de Aeronáutica (ITA). Embraer was privatized in 1994 and became the biggest exporter of high technology products of Southern Hemisphere and the third biggest manufacturer of commercial aircraft in the world.

Based in Brazil, the global company operates in Commercial Aviation, Executive & Agricultural, Defense & Security and Services and Support. Projects, develops and markets aircrafts, as well as systems and customers solutions support. In this half a century, Embraer has entered in a very competitive market, faced and exceeded the turbulences, always believing in the excellence to explore new perspectives. Encouraged by the daring which positioned itself in its 50 years of history as an innovative company always ahead of its time Embraer is poised to continue flying high for the next 50 years. 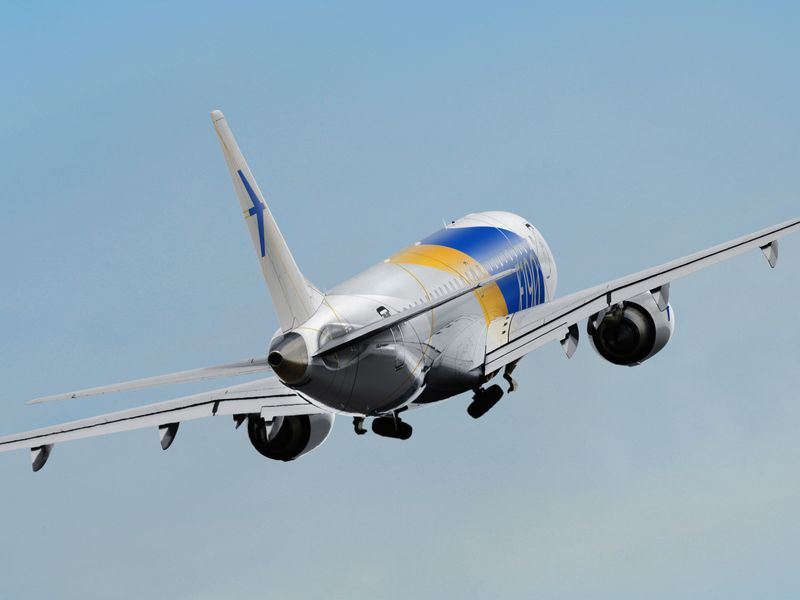 The Company has 100 customers from all over the world operating the ERJ and E-Jet families of aircraft. Nearly 900 aircraft from the 37, 44 and 50-seat ERJ 145 family of regional jets have been delivered to airlines since their introduction in 1996. The E-Jets family includes four larger aircraft that have between 70 and 130 seats. The E170, E175, E190 and E195 set the standard in their category with their advanced engineering, high degree of efficiency, spacious, ergonomic cabins with two-by-two seating, and attractive operating economics.

In 2013, Embraer launched E-Jets E2, the second generation of its E-Jets family of commercial aircraft comprised of three new airplanes – E175-E2, E190-E2, E195-E2 – seating from 70 to 146 passengers. For the E-Jets program alone, Embraer has logged more than 1,800 orders and 1,500 deliveries to some 70 airlines in 50 countries, redefining the traditional concept of regional aircraft by operating across a range of business applications.

With a growing presence on the global market, Embraer Defense & Security products are in service with more than 60 nations. The KC-390 is a tactical transport aircraft designed to set new standards in its category while presenting the lowest life-cycle cost with an international market potential. The A-29 Super Tucano, light-attack aircraft and advanced training, is also world-renowned and selected by 15 Air Forces, including the United States Air Force (USAF).

Embraer is one of the world’s leading executive jet manufacturers, having entered the business aviation market in 2000 with the Legacy jet, which led to the launch of Embraer Executive Jets in 2005.

Its portfolio, among the broadest in the market, consists of the entry-level Phenom 100EV and the light Phenom 300E jet, the medium cabin Legacy 450 and Legacy 500, the midsize Praetor 500 and super-midsize Praetor 600, the large Legacy 650E, and the ultra-large Lineage 1000E. Embraer Executive Jets’ global fleet exceeds 1,400 aircraft, which are in operation in more than 70 countries and are supported by the Company’s global Customer Support and Services network of over 70 owned and authorized service centers, complemented by a 24/7 Contact Center, at its headquarters, in Brazil. 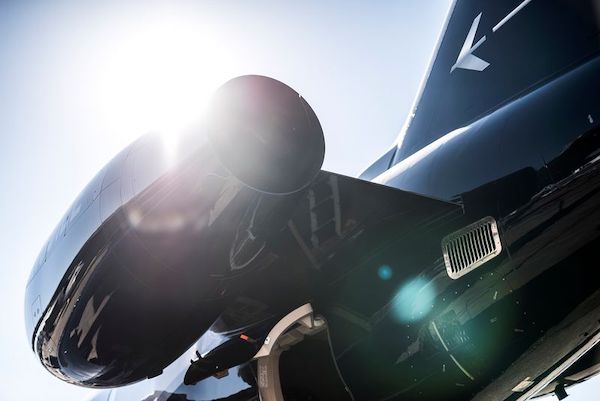 Embraer Services & Support was strategically created in the end of 2016 to leverage Embraer's after-sales business, creating synergy among all business units, promoting efficiency and global performance, while respecting the specifics of each segment and region.

Be it Commercial, Executive, Defense & Security or Agricultural Aviation, the focus is thinking about tomorrow and retaining customer loyalty. Embraer has more than 2,300 people positioned in the world to support more than 1,700 customers, understanding their needs with more than 5,600 aircraft, after a plane is delivered.

The Embraer’s Services Center in Sorocaba completed five years in 2019 and has an hangars modern infrastructure, workshop and VIP rooms, which offers a broad portfolio of services, covering aircrafts maintenance, components and internal repairs, hangarage, airport assistance and technical maintenance management. Has already offered support to around 70% of brazilian costumers, with more than 90% of airplanes return to operations less than 24 hours. 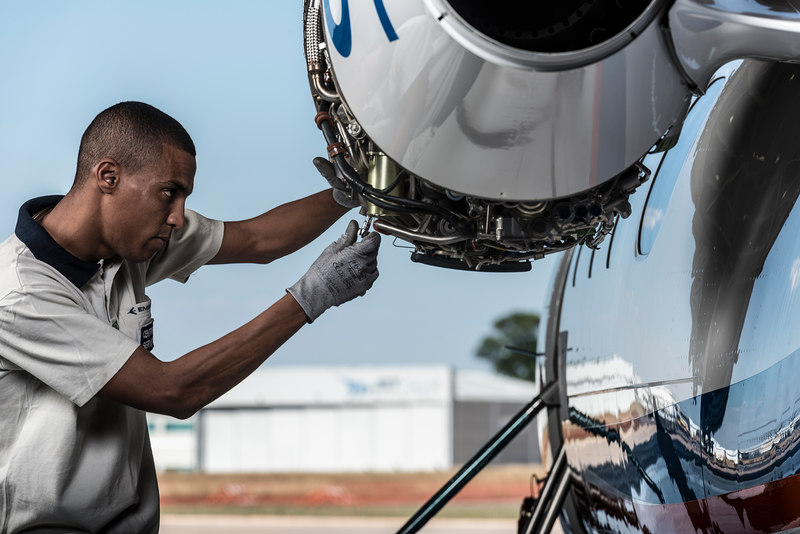 The crop duster Ipanema is one of the first aircraft launched by Embraer and manufactured uninterruptedly for close to 50 years at the unit in Botucatu, in the State of São Paulo. The Company celebrated in 2018 the delivery of 1,400 units of the Ipanema aircraft, the leader in the agricultural aviation segment in Brazil, with a 60% market share. In 2015, was launched a new version of the aircraft, the Ipanema 203.

Moved by renewable energy (ethanol), the aircraft is more agile and efficient, which ensures greater productivity. The main crops that have demanded the airplane are: soybean, corn, cotton, sugar cane, banana, citrus, eucalyptus and coffee. Multitasking, it can be used to spread seeds, fight vectors and larvae, in primary firefighting and river settlement. 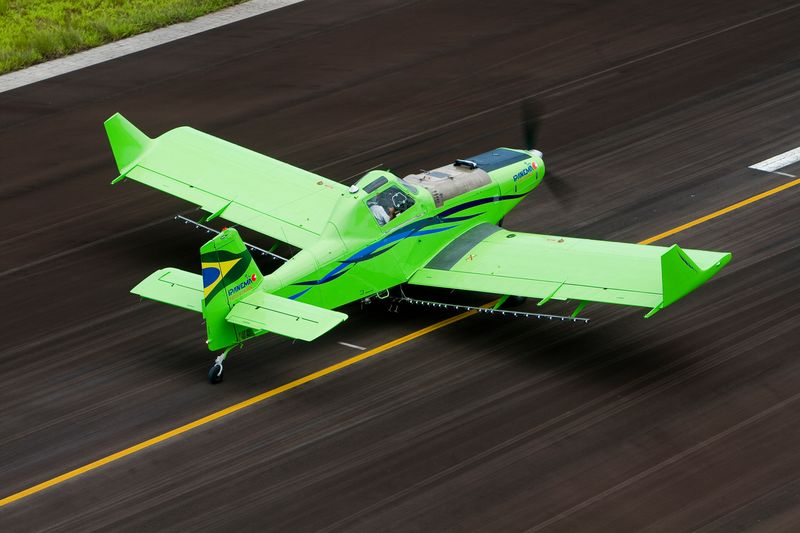 Innovation is part of our DNA, and it is not limited to the technological development of aircraft. We have a long history of innovation and the ability to find unexplored business and product niches. EmbraerX, a wholly owned Embraer subsidiary, exists to build disruptive businesses, considering that transportation will probably be disrupted by the exponential growth of new technologies as well as the development of new business models.

In addition to development of the first concept of electric vertical takeoff and landing, known by the abbreviation eVTOL, through the cooperation between Uber and others companies, EmbraerX launched recently a document with its vision and proposal for the management of urban air space, besides the Beacon, an app which includes mechanics and components providers, meeting services providers and components to airlines and others participants of this ecosystem. 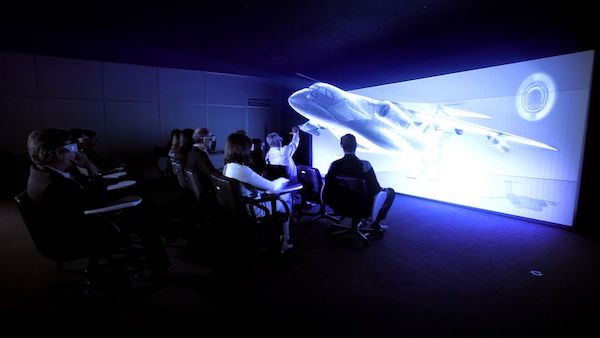