The total of 225 aircraft for these two markets represents the highest volume of deliveries in the last six years. As of December 31, the backlog totaled USD 19.6 billion. 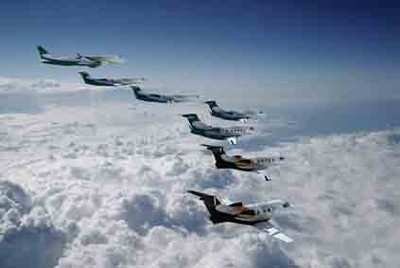 "2016 was a year of major challenges in the aviation industry due to global economic and political uncertainties. In response to this scenario, Embraer is implementing important actions and making adjustments to be well positioned in all business segments it operates," says Embraer President & CEO, Paulo Cesar de Souza e Silva. "In executive aviation, for example, we now have a stronger presence with larger executive jets, which indicates a more balanced mix."

In Commercial Aviation, the highlights of the last quarter of 2016 included the delivery of the 1,300th E-Jet to China's Tianjin Airlines and the beginning of E170 operations in Russia with S7 Airlines, which signed an agreement with GE Capital Aviation Services (GECAS) to lease 17 pre-owned E170 jets. Another highlight was the signing of a contract with United Airlines for the firm sale of 24 E175 jets, transferring aircraft that were previously assigned to Republic Airways Holdings in Embraer's backlog.

The spare parts pool program also continues to grow. In the last quarter, Eastern Airways, from the United Kingdom, and Airlink, the largest independent regional airline in South Africa, signed contracts for the program.

In Executive Aviation, Airsprint, the privately held fractional aircraft ownership company based in Canada, received the first two Legacy 450 jets of the purchase agreement for up to 12 jets of the same model, announced in July.

In the Defense & Security business, Embraer achieved another important milestone in November with the development of the KC-390 multi-mission military airlifter. The company received the Provisional Type Certificate for the KC-390 Basic Vehicle, issued by the Industrial Fostering and Coordination Institute (IFI–Instituto de Fomento e Coordenação Industrial), the Brazilian Air Force organization responsible for military certification. It attests that the KC-390, in this basic configuration, complies with the certification requirements.

Also in November, Embraer opened the Gripen Design and Development Network (GDDN) in partnership with Saab, the Swedish defense and security company, in Gavião Peixoto, state of São Paulo. The GDDN will be the hub for the Gripen NG fighter technology development in Brazil with other institutional and business partners.


Loading comments for Embraer reaches targets with delivery of 108 commercial jets and 117 executive jets in 2016...