Headwinds don’t even begin to describe the struggle that original equipment manufacturers (OEMs) have been experiencing trying to stimulate market demand for their business aircraft, given the difficult macro economic climate and intense competition at all levels—which explains why virtually all new orders are a big deal and celebrated.

Now imagine how Embraer Executive Jets must have reacted to the book of business it recently landed and is just now making public: a firm order for 23 aircraft—eight Legacy 500, eight Phenom 300 and seven Phenom 100 jets. Total estimated value at current list prices: more than US$260 million. The buyer is Across, Mexico’s largest business aviation services provider, which currently uses mostly Cessna aircraft, including the Citation X. It is Embraer’s largest portfolio order on record. 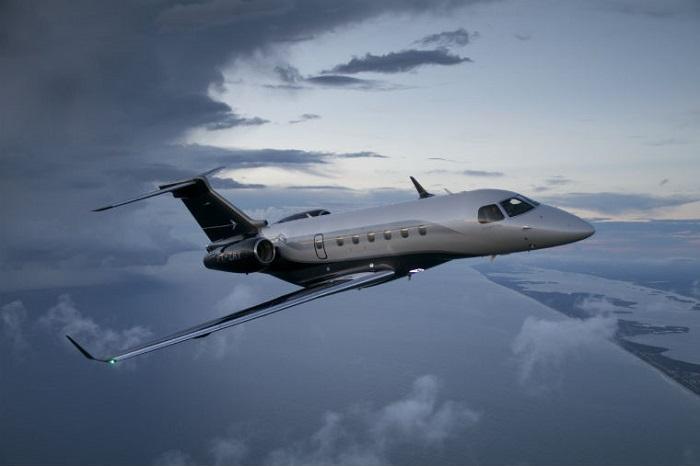 Across, Mexico’s largest business aviation services provider, plans to take delivery of 23 Embraer jets over the next four to five years, including eight Legacy 500 aircraft.

The transaction was announced at the 16th annual European Business Aviation Convention and Exhibition. Deliveries started in March with a Phenom 300 and will be spread over the next four to five years. The order was reflected in Embraer’s backlog of the first quarter of 2016. Across is considering doubling the size of the order, plus purchasing an unspecified number of used long-range, large-cabin Legacy 600 and Lineage 1000 jets.

“Embraer’s business jets will become the backbone of Across solutions for our fractional ownership program and charter services for customers worldwide who need to fly to Mexico or the Americas for business or leisure,” said Chief Executive Pedro Corsi Amerlinck, a Legacy 500 and Phenom 300 pilot who founded the company in 2009.

When Across was planning its fleet renewal program last year, the company considered models of every OEM, based on safety, purchase price, operating cost, reliability, cabin amenities and suppliers’ product support, he said. “For us, it was an easy decision, because the Embraer aircraft met all of our requirements better than any of the other suppliers.”

As a full-service provider, Across fleet aircraft have a high utilization rate of about 800 hours per year. “We want these airplanes to be in the air as much as possible,’” he said. “That is why we placed such a premium on reliability, low and simple maintenance, and product support. Embraer’s is simply the best out there.”

Amerlinck also noted that Across customers have expressed greater interest in cabin size and comfort over speed, the main attribute of the Cessna Citation X; it’s the fastest business jet in production.

Marco Tulio Pellegrini, president & CEO, Embraer Executive Jets, said the Across order reflects Embraer’s growing presence in Mexico and confirms the long-term relationship the company is building with Across. “The Mexican market has a solid business aviation utilization culture,” he said.

Indeed, while the demand for business aircraft in the BRIC (Brazil, Russia, India and China) countries has dwindled to a trickle in recent years, Mexico has emerged as a strong market. For example, charter business at Across in the first quarter was 30% above the company’s own internal forecast, and Amerlinck expects it to continue to grow at a double-digit rate—a reflection of the demand for business aviation services in the country as a whole, he said. Mexico has the second largest installed fleet of business aircraft worldwide, after the U.S., according to Amerlinck.