Embraer reached another important milestone in the development of the KC-390 Millennium multi-mission military freighter program with the successful conclusion of the aerial refueling qualification between two KC-390 Millennium, proving, for the Brazilian Air Force (FAB), this new operational capacity of the aircraft.

The in-flight refueling capacity between two aircraft of the same model using inflight refueling underwing “pods” is unique in this category. This allows KC-390 Millennium operators to expand their logistical transport capacity and during search and rescue operations, which increases the autonomy and range of their missions.

The demonstrations were conducted at Embraer's Gavião Peixoto site in flights with aerial refueling between two aircraft. Pilots and engineers from FAB joined the flights, when the excellent flight qualities of the airplane and the low workload for the crew were demonstrated as a result of the “fly-by-wire” system control laws, which were developed by Embraer specifically for the KC-390. 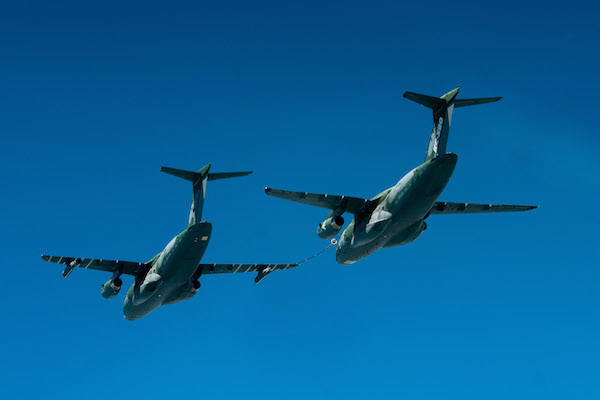 Since its entrance into service, the KC-390 has proven its excellent performance and capacity as a new generation multi-mission aircraft. Recently, the four aircraft fleet operated by the Brazilian Air Force exceeded 2,500 flight hours in operation, being used extensively in operations to fight COVID-19 in Brazil. In addition to FAB, the Portuguese and the Hungarian Air Forces ordered the aircraft.

A joint project between FAB and Embraer, the C-390 Millennium is a military transport aircraft designed to set new standards in its category.

For air forces that desire to enter the 21st century achieving more operational effect, and with a modern and significantly more capable aircraft, the C-390 Millennium delivers unrivaled mobility capabilities, high productivity and flexibility at low operating costs. The rugged platform, using state-of-the-art technologies, was specially developed to operate in austere environments and can perform a wide range of missions with a single platform with high levels of availability, reliability, safety, and survivability capacity.

The C-390 Millennium and the designation KC-390 Millennium fly faster and carry more cargo than any other military freighters of the same category and are the ideal platforms for the main usage scenarios in humanitarian, tactical and strategic operations. The C-390 and the KC-390 Millennium require fewer on-demand inspections and maintenance, with levels of simplification normally associated only with commercial aircraft. This feature, combined with highly reliable systems and components, reduces the time on the ground and overall operating costs, contributing to excellent availability levels and low life-cycle costs. 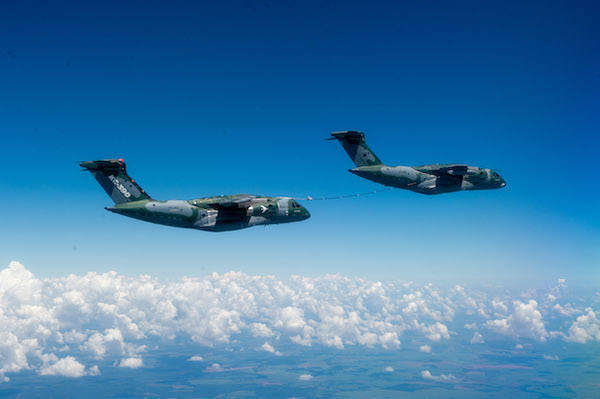