Eviation Aircraft announced it has selected magniX, the company powering the electric aviation revolution, to provide its 375 horsepower magni250 propulsion system for Eviation's Alice nine-seater plane. The magniX propulsion system will be one of two propulsion options for Eviation customers to choose. magniX joins an expanding pool of industry-leading partners that will play a key role in bringing the first zero-emission, all-electric regional commuter plane to market.

he current aviation industry contributes 12 percent of all U.S. carbon emissions and 4.9 percent globally, while providing few cost-efficient, on-demand travel and freight solutions. Eviation and its world class group of partners, including magniX, will work to transform 'Middle Mile' transit – passenger transportation up to 1,000 miles – in what both companies consider to be electric aviation's sweet spot. The shift to electric will reduce operating costs, eliminate greenhouse gas emissions, make air travel more affordable and connect communities like never before.

"Electrifying middle-mile aviation with fixed wing aircraft flying between the plethora of existing airports is a logical first step toward better connecting communities," said magniX CEO, Roei Ganzarski. "Together with like-minded leading partners like Eviation, we will see all-electric planes powered by our propulsions systems go into commercial service by 2022, enabling flexible, clean air-travel and package-delivery options at a fraction of today's prices." 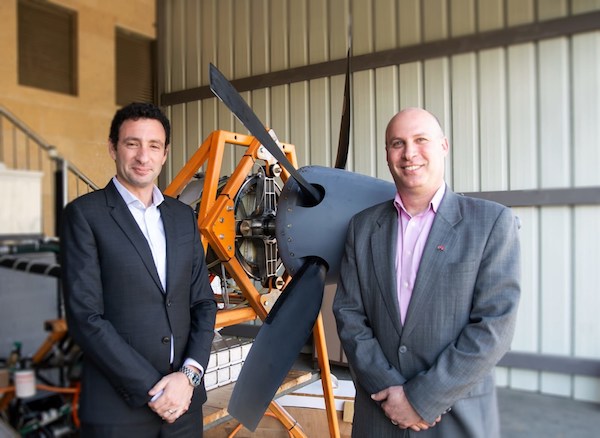 magniX motors, which require no fuel and produce no greenhouse gases, have completed more than 1,500 hours in test facilities. The propulsion system can be used for newly designed all-electric aircraft and for the conversion of existing aircraft, accelerating the electric revolution in aviation. Following test flights this year and certification by the end of 2021, Eviation plans to begin delivering aircraft to customers for commercial use in 2022.

"We have been successfully testing the magniX system with our Alice aircraft propeller for quite some time now with great results," said Eviation CEO, Omer Bar-Yohay. "We will begin manufacturing battery-powered fleets this year for our U.S. regional carrier customers, with a value proposition that reduces their operating costs by up to 70 percent. In 2017, Americans spent $1 trillion traveling distances between 50 and 650 miles. Our goal is to undercut the cost of commuting by making middle mile trips cheaper, faster and cleaner. Together with magniX we're providing an economically and environmentally sustainable mobility solution that will forever change the face of aviation, and consumer travel."

The partnership follows several recent milestones for both aviation companies, including an Eviation board seat with the most influential aviation association in the U.S.,GAMA, nine additional partners for the Alice, and magniX's partnership with Canada-based seaplane operator, Harbour Air.

Experience aviation's new icon – the first fully operational Alice – at this year's Paris Air Show in Le Bourgèt and see the magniX motor on full display in Eviation's Chalet #282 and at magniX's booth at Hall 2B-DE18.