Serbia has received its first H145M helicopter and will become a maintenance hub for SA 341 / SA 342 Gazelle helicopters. ”Both events underline the fact that Serbia and Airbus have entered into a close partnership”, as Airbus Helicopters CEO Bruno Even pointed out at the Partner Defence Exhibition in Belgrade.

The Moma Stanojlovic aeronautical plant, located near Belgrade, has been certified by Airbus Helicopters to carry out maintenance work on the Gazelle. More than 160 Gazelle SA 341 / SA 342 were produced under license by the Soko plant in Mostar from 1971 to 1991 and these helicopters are still operated in Serbia and its neighboring countries.

At the Partner Defence Exhibtion, Serbia also received its first H145M helicopter. Altogether, Serbia will receive nine H145Ms, earmarked for the Air Force and for the Ministry of Interior.

The Serbian aircraft are equipped with a fast roping system, high-performance camera, fire support equipment, ballistic protection as well as an electronic countermeasures system to support the most demanding operational requirements. The HForce system, developed by Airbus Helicopters, will allow Serbia to equip and operate their aircraft with a large set of ballistic or guided air-to-ground and air-to-air weapons. 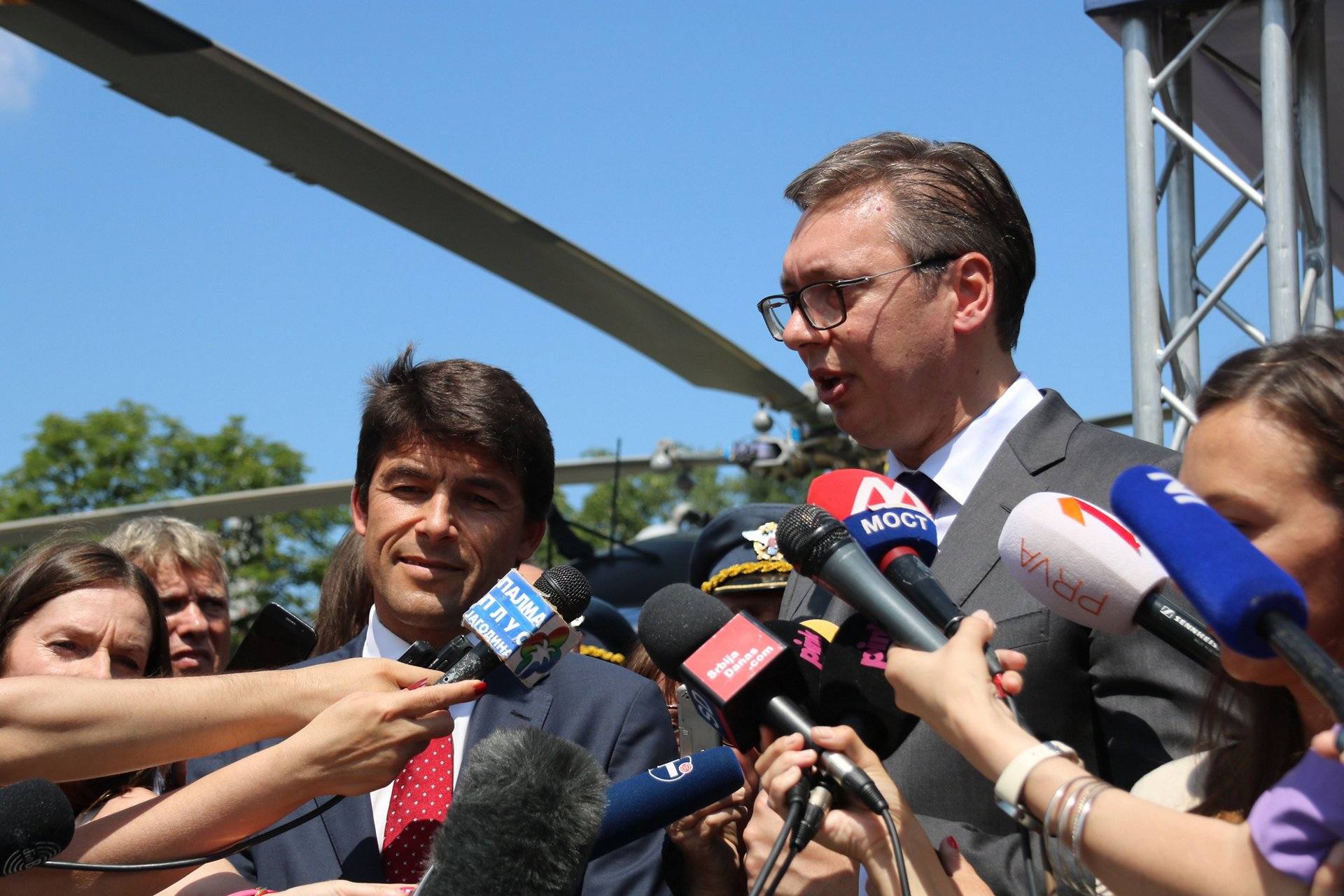 The H145M is a tried-and-tested light twin-engine helicopter that has also been ordered by Germany, Thailand, Hungary and Luxemburg. The programme’s maturity allows Airbus Helicopters to execute orders on cost and on schedule. Mission readiness of the H145Ms already in service is above 95 percent.

Besides the nine H145M helicopters, Serbia has also ordered three H215 heavy helicopters for the Ministry of Interior. Air Serbia operates ten A320 family aircraft, the backbone of the airline, and one A330. The latter performs the first direct flight to the United States since the 80s from the territory of former Yugoslavia.