Piper Aircraft announced that for the first time a FAA certified Pilot 100i will be on display at Sun-n-Fun. The Pilot 100i received type certification from the Federal Aviation Administration in December 2020. The Pilot 100i, which was originally announced during Sun-n-Fun in 2019, is the value priced addition to Piper’s trainer-class line. Following certification, Piper began deliveries to its launch customer, American Flyers, who took delivery of eight (8) Pilot 100i aircraft at the end of 2020.

“Adding the Pilot 100i to our training product line at a price point that provides optimal economics has opened the door for new aircraft purchases for many flight schools,” said Piper Vice President of Sales, Marketing and Customer Support, Ron Gunnarson. “We are experiencing robust demand with 2021 production currently sold out. We continue to conduct a U.S. demo tour of the Pilot 100i selling backlog into 2022.”

The new Piper Pilot 100i rounds off Piper’s portfolio of training aircraft products. With five model series (Pilot 100i, Archer TX, Archer DX, Arrow, and Seminole) the company offers the widest range of training aircraft of any aircraft manufacturer, and meets all the individual needs of its training operators and customers. For 2021, flight schools now have an option for a factory new, robust trainer that is priced under $300,000 and is IFR equipped with digital autopilot. 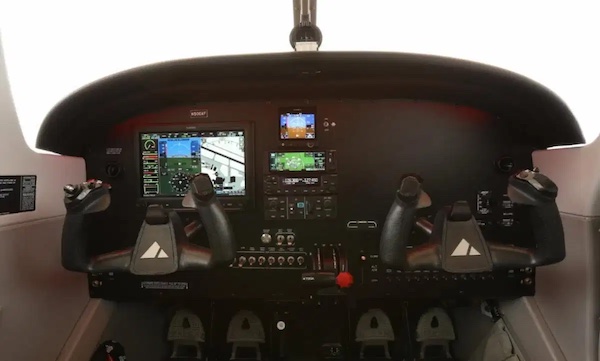 The Piper Pilot 100i provides flight schools with professional training aircraft that offers a superior value proposition, which translates into reduced operating costs that can result in lower priced initial training courses. Standard instrumentation includes the Garmin G3X system, which offers all the advantages of a glass cockpit without the costs. The Pilot 100i is powered by the 180hp Lycoming IO-360-B4A which offers 128 ktas / 237 km/h max cruise speed and 522 nm range with 45-minute reserve. Designed around direct input from flight instructors and students, the Pilot 100i’s interior is simple, yet functional and was specifically crafted to withstand the rigors of flight training.

Loading comments for FAA Certified Piper 100i on display for the first time at Sun-n-Fun...