FACC takes off at largest tech fair in Europe

As one of the leading technology groups in the aerospace sector, FACC is continuously working on new, groundbreaking mobility concepts for airspace. The autonomous air taxi EHang 216, which was developed in cooperation with the Chinese enterprise EHang, recently made a lasting impression at VivaTech '21 in Paris. FACC's technology was also met with great enthusiasm by French President Emmanuel Macron.

The steadily growing world population calls for new mobility concepts of the future - particularly in the field of urban air mobility, the globally established aviation company FACC foresees major growth areas. In future, autonomous aircraft such as the EHang 216 are expected to mitigate the traffic problems of urban agglomerations by using the airspace as a "third dimension". In addition to carrying passengers and goods, autonomous aircraft also offer a number of further potential applications such as flights to transport urgent emergency goods or high-risk air operations in the event of environmental disasters.

FACC technology creates a stir as a highlight of the fair

As a technological lighthouse project in the field of autonomous flying, the EHang 216 attracted large crowds at VivaTech. The numerous trade fair visitors were amazed when they caught a first glimpse of the visionary air taxi. On the very first day of the event, EHang was interviewed by 25 international TV stations and admired by more than 50 companies. Even prominent guests such as the French President Emmanuel Macron did not miss the opportunity to take a close look at the EHang 216.

FACC CEO Robert Machtlinger was delighted with the exceptionally enthusiastic response at VivaTech: “With the EHang 216, we are taking the next big step towards creating radically novel solutions for individual passenger transport in airspace. The fact that our technology has been so well received - not least by important decision-makers such as President Macron - naturally fills us with pride. We see this as a clear sign that great things can be achieved with innovative strength, visionary thinking and the materials of the future.” 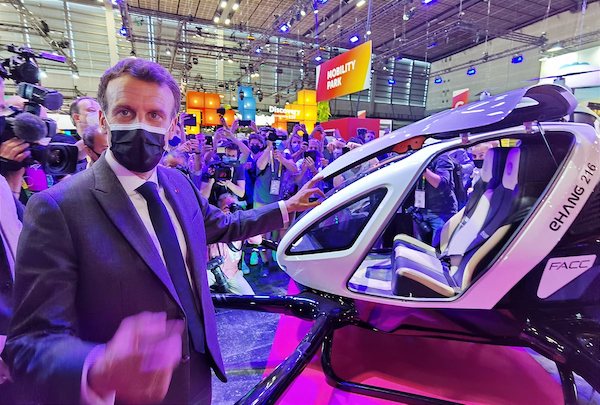 VivaTech, Europe's largest start-up and technology event for start-up ventures, investors, researchers and entrepreneurs, was held for the first time as a hybrid event from 16 to 19 June at Expo Porte de Versailles in Paris. The event was attended by more than 140,000 visitors, 26,000 of whom were present in person in Paris. Thanks to its new organizational concept, the event reached a total of 119 million people in 149 countries. In addition to more than 500 technological innovations from 1,400 exhibitors, the tech fair featured world-renowned speakers such as Apple CEO Tim Cook and Microsoft President Brad Smith.

In the EHang 216 project, FACC covers the entire process chain from prototypes to certified, approved and autonomous aircraft in a new business field. The long-term goal is to offer and establish a new urban mobility concept on the market with the series production of the EHang 216. 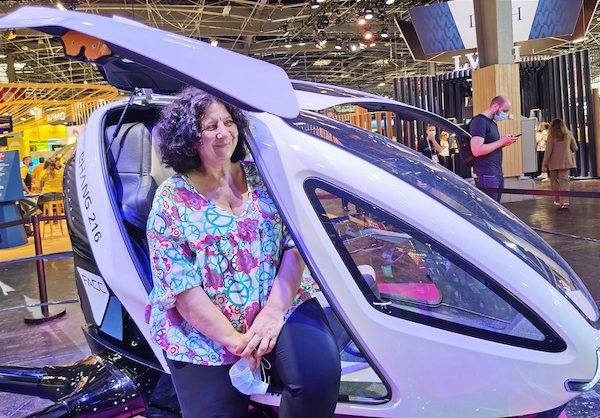 Loading comments for FACC takes off at largest tech fair in Europe...