“We are thrilled to take delivery of our first A220 aircraft and to offer our passengers a quieter, more sustainable flight experience. The GTF engines enable the economic and environmental performance we need to lower operating costs and continue our commitment to achieve carbon neutrality on our flights,” said Ursula Hurley, vice president, treasurer for JetBlue.

“This delivery marks another big milestone for JetBlue and Pratt & Whitney. We are honored that JetBlue has operated Pratt & Whitney-powered aircraft since the very beginning – and that JetBlue has selected GTF-powered aircraft for not just one, but two of the airline’s next-generation fleets,” said Rick Deurloo, chief commercial officer and senior vice president at Pratt & Whitney. “We look forward to supporting JetBlue’s expansion and their commitment to sustainable aviation.” 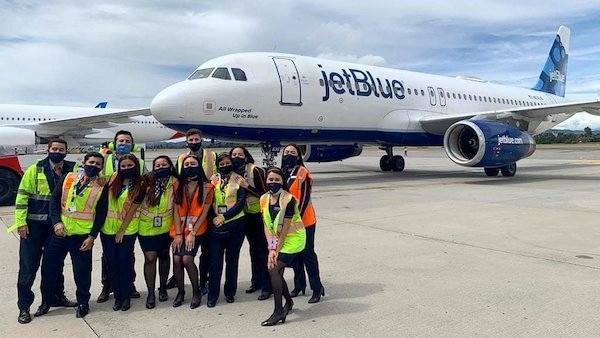