MHI Aero Engines has completed its assembly and first shipment of a Pratt & Whitney GTFTM PW1200G engine at the MHIAEL facility in Komaki, Japan．The engine was shipped on November 13 to Mitsubishi Aircraft's Moses Lake Flight Test Center (MFC) in Moses Lake, Washington. It will then be installed to support on-going aircraft testing of the SpaceJet regional passenger jet being developed by Mitsubishi Aircraft Corporation. The future approval of the MHIAEL facility would mark the first final assembly line in Japan for production of commercial airliner jet engines.

A ceremony to mark the first shipment, which was held on November 11th at MHIAEL‘s facility, was attended by many guests including Ministry of Land, Infrastructure, Transport and Tourism, Ministry of Economy, Trade and Industry, Pratt & Whitney JAPAN K.K., All Nippon Airways Co., Ltd., Japan Airlines Co., Ltd., JAL Engineering Co., Ltd., Hisakazu Mizutani, President of Mitsubishi Aircraft Corporation, represented MHI Group. The program for final assembly and acceptance testing of the PW1200G engine in Japan is based on an agreement concluded with Pratt & Whitney in 2008. The shipment of the first engine marks a significant milestone in the history of MHI Group's commercial aircraft engine business.

Assembly of the first PW1200G engine in Japan began in 2017. Following test cell approval, completion of the first full engine assembly, and subsequent testing, analysis and verification, the second engine assembly and testing was recently completed, and the engine shipped.

The PW1200G production line at MHIAEL's Komaki facility will commence production upon obtaining a production certificate from the U.S. Federal Aviation Administration (FAA). MHIAEL, in close cooperation with Pratt & Whitney, will contribute to innovation in the global commercial aviation market with this next-generation jet engine technology. 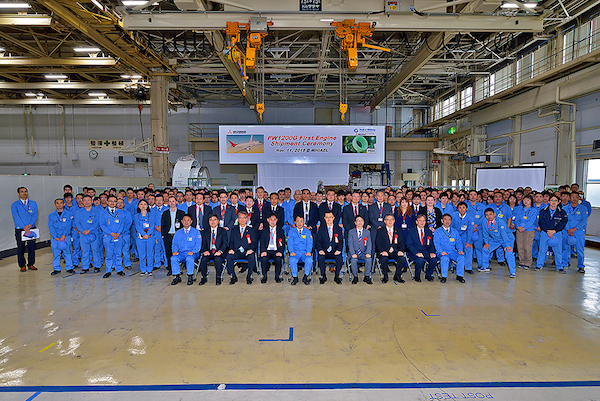 Airbus has deployed a new air-bridge flight between Europe and China to deliver additional face mask supplies to France, Germany, Spain and United Kingdom health systems in support of the COVID-19 cri...

Sheremetyevo International Airport will temporarily close Terminal D for arrivals and departures beginning at 00:00 hours on April 1, 2020. The closure will last until further notice.&n...

Lufthansa has signed agreements with its works council and trade unions to introduce short-time working for cabin and ground staff in Frankfurt and Munich. This also applies to the management. An agre...