Final assembly work on our first PC-24 customer aircraft is proceeding at a swift pace: the fuselage and wings of the first series-built PC-24 were joined together at the head office site on 12 July 2017. Series production is being accelerated continuously to ensure that prompt deliveries of first customer aircraft can go ahead immediately after certification. 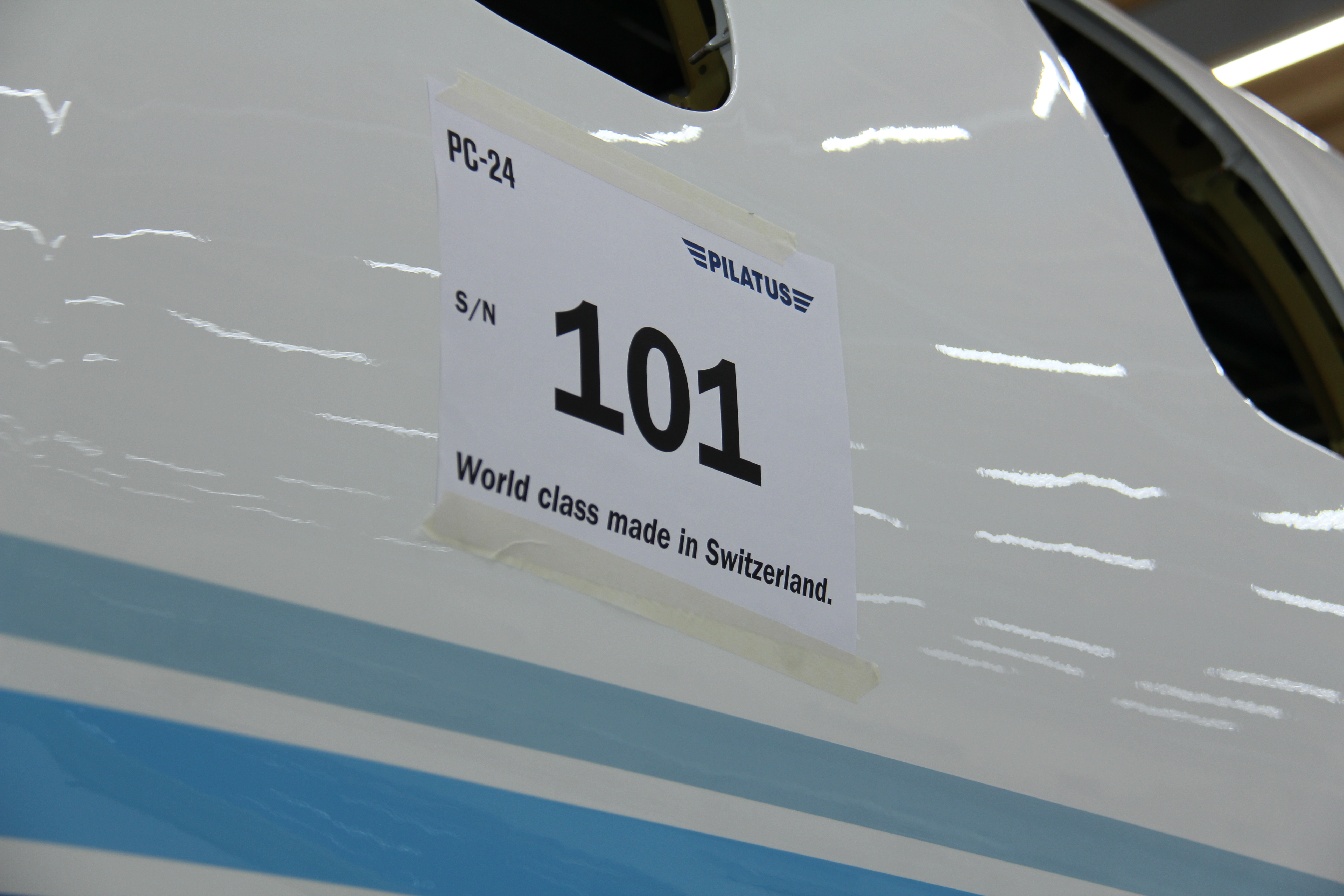 This operation, referred to as a "marriage", requires the highest degree of concentration from the Pilatus builders. The process of attaching the wings to the fuselage demands accuracy to within a hundredth of a millimeter. Not to mention that the connection has to be solid enough to last for a "business jet lifetime". This extremely important stage sees our technicians join the 16.8 metre fuselage to the wings, spanning 17 metres. The "marriage" is followed by the cabin installation and commissioning and testing of the aircraft systems. 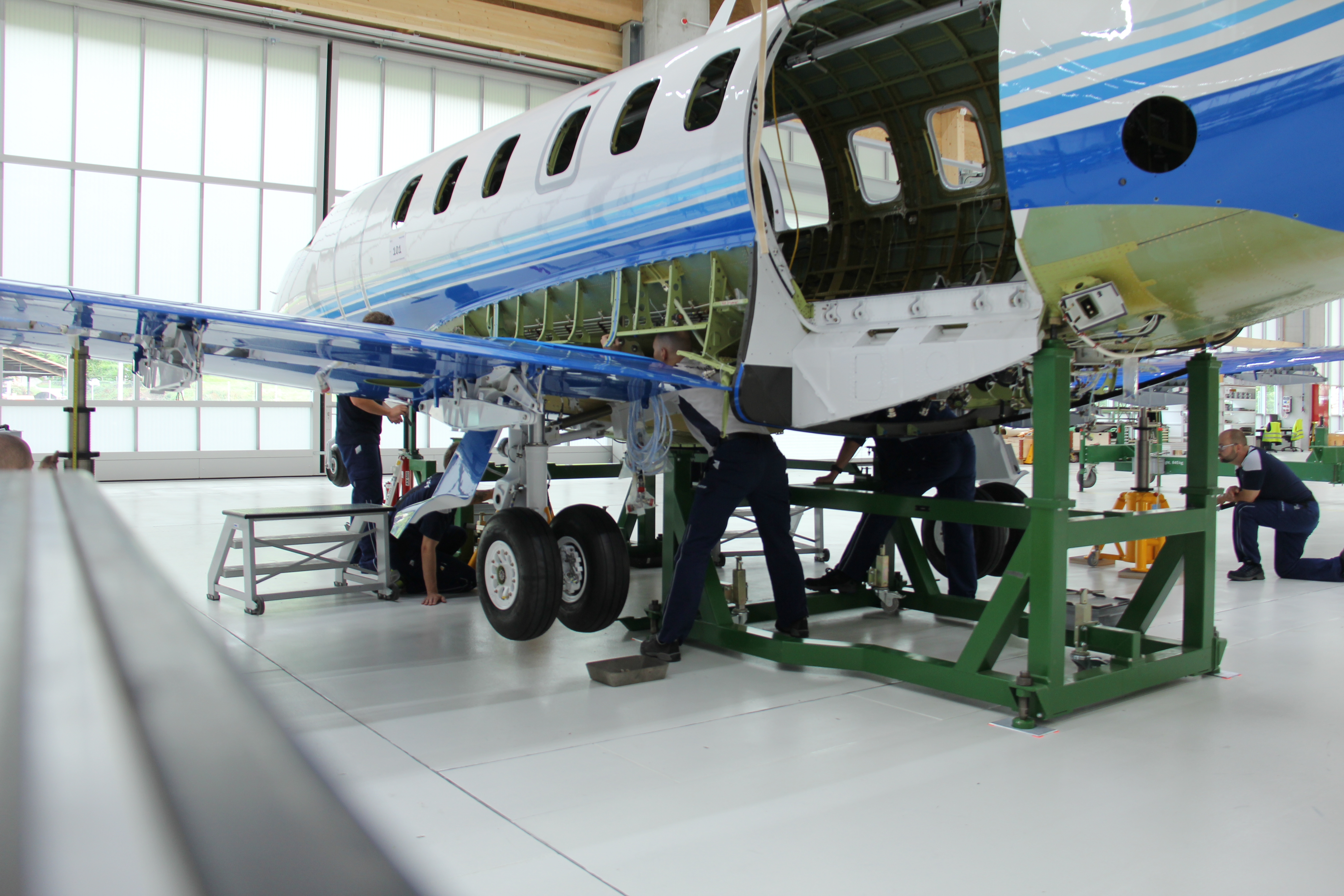 George Antoniadis, President and CEO of PlaneSense, travelled from the USA especially for the marriage. He expressed his pleasure on this occasion, commenting as follows:

“We are excited to witness the fuselage-wing mating of the first production PC-24. We are proud to see the PC-24 sporting the PlaneSense® colors, being the culmination of years of preparation. Its large cabin and exceptionally versatile performance are features greatly anticipated by our fractional owners. Additionally, its revolutionary design and manufacturing pedigree will set it apart in day to day operations, allowing PlaneSense® to further exceed our commitment to operational excellence and superior service.” 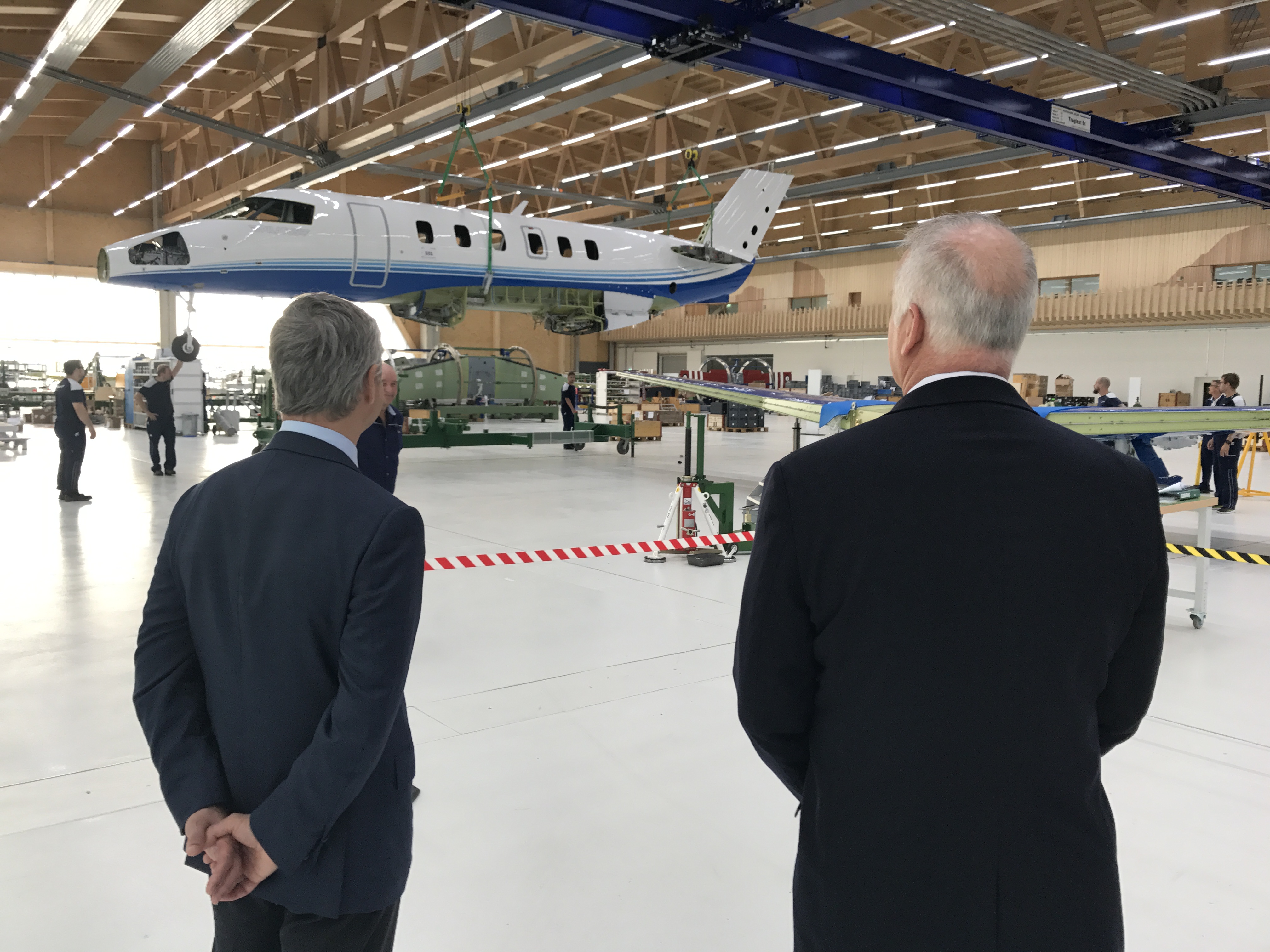 „I am extremely pleased that today we successfully completed the fuselage to wing marriage of the first PC-24 for customer delivery. This is another very important and significant milestone in the PC-24's development programme. We are now looking forward with great anticipation and tremendous pride to the very first customer handover later this year when PlaneSense®will take delivery of their PC-24 and we witness the entry into service of our Super Versatile Jet.“

The very first PC-24 will go to the American fractional aircraft ownership business immediately after certification, scheduled during the 4th quarter of 2017. PlaneSense® currently operates 34 PC-12s in the USA. It will deploy six PC-24s in the future, using the Super Versatile Jet to expand our offering and strengthen our market presence even further.

The PC-24 is the first business jet worldwide designed to take off and land on very short runways, or unpaved runways, and to come with a cargo door as standard. It also boasts an extremely spacious cabin whose interior can easily be adapted to personal requirements. The outstanding flexibility of the PC-24 opens the door on an enviable spectrum of possibilities – whether as a business jet, ambulance aircraft or for other special missions. All this makes it a Super Versatile Jet, an aircraft designed to fulfil a wide variety of individual mission profiles 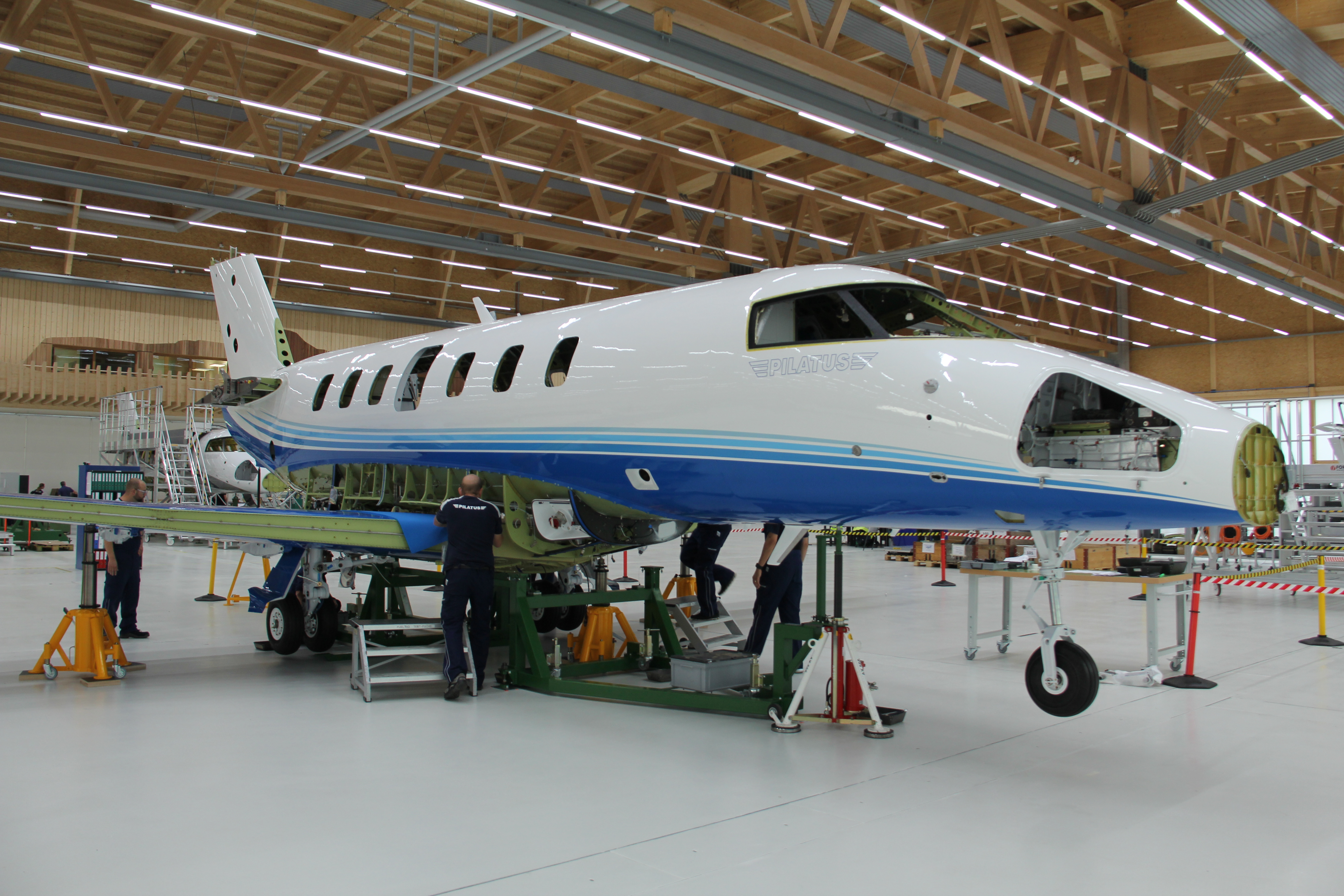 Bell unveiled today its new 525 Experience Center at the Stavanger Airport in Norway. The center is an innovative space designed to showcase the Bell 525 capabilities for customers in Norway who...