A rescue helicopter has flown on sustainable aviation fuel for the first time, achieving a new milestone in international aviation. Operated by the German non-profit organization ADAC Luftrettung, the Airbus H145 rescue helicopter had its Arriel 2E engines ceremonially refueled with biofuel, a type of SAF, at the air rescue station at Munich's Harlaching Clinic in the presence of the ADAC Foundation's board of directors, as well as the managing directors and top management of ADAC Luftrettung, the engine manufacturer Safran Helicopter Engines, the helicopter manufacturer Airbus Helicopters, and the energy company TotalEnergies. Together, these companies will be a driving force in the decarbonisation of helicopter flight by developing alternatives to conventional aviation fuels. 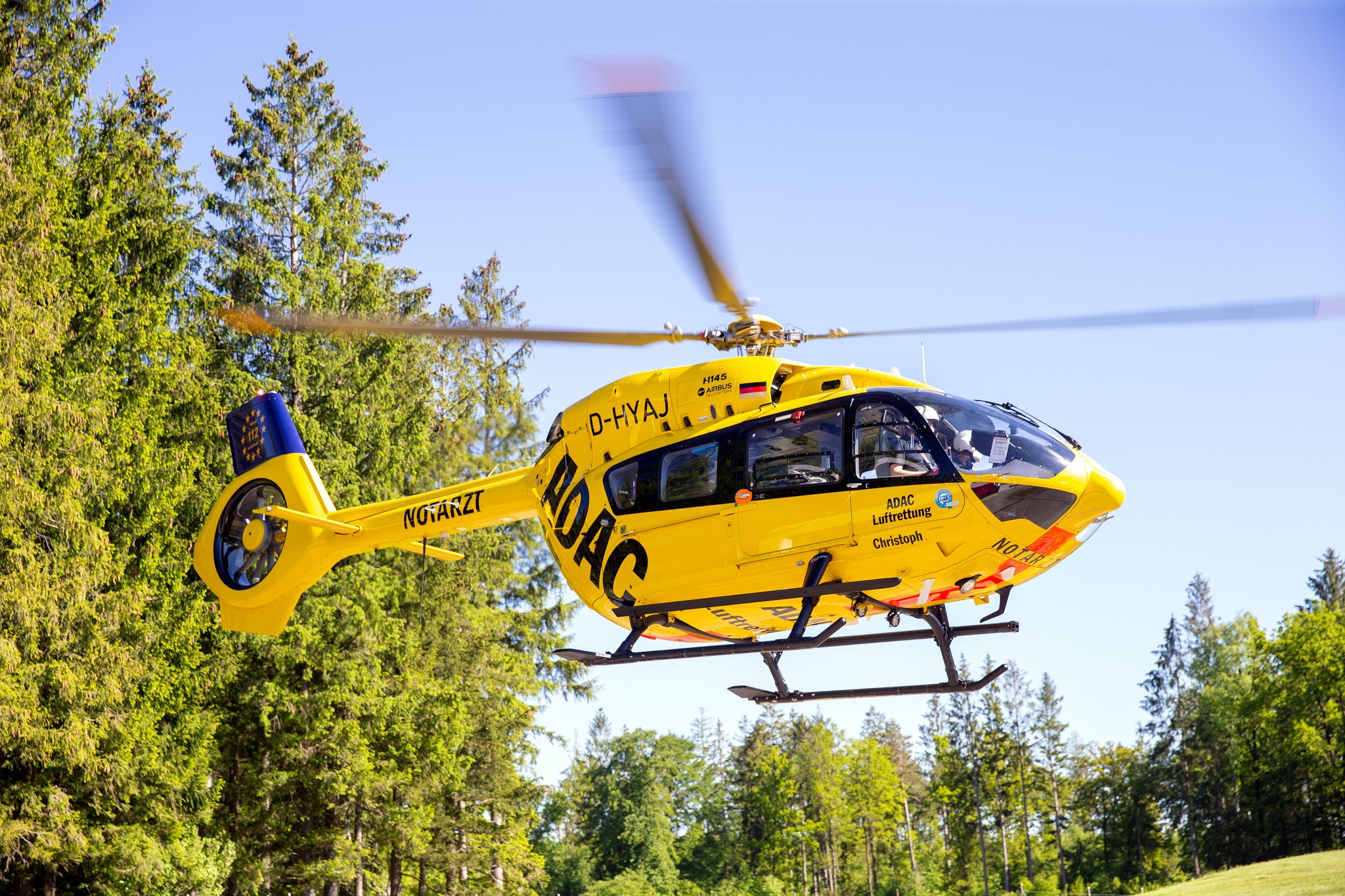 The H145 was using a second-generation biofuel – the SAF of choice of the aviation industry – which reduces CO2 emissions up to 90 % compared to its fossil equivalent, because it is produced from residual and waste materials from the circular economy such as used cooking oils and fats. As a result, the fuel has no impact on agricultural food production.

The fuel used for the first rescue helicopter flight in Munich was produced by TotalEnergies at its facility in France from used cooking oil, without using any virgin plant-based oil. With this SAF, the ADAC Luftrettung fleet could achieve a 33 percent reduction in CO2 emissions, which, with more than 50,000 rescue missions and more than 3.3 million kilometers flown per year, equates to a reduction of around 6,000 tons of CO2. 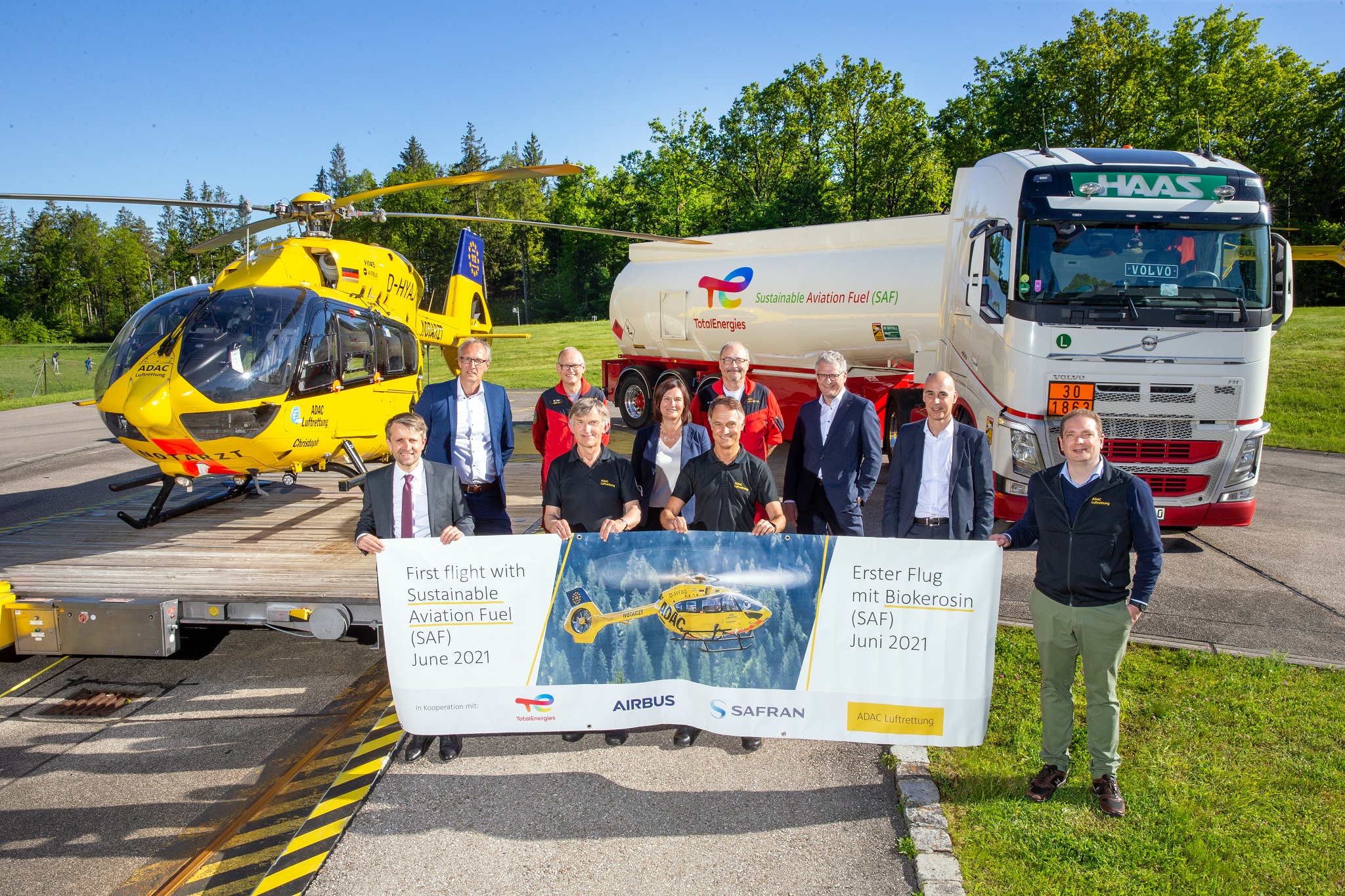 ADAC Luftrettung and engine manufacturer Safran Helicopter Engines share the same ambition to contribute to the development of sustainable aviation fuel. To this effect they are launching a project with one ADAC rescue helicopter in Cologne. The project will study all aspects of biofuel usage on the H145, with an operational campaign to start as early as summer 2021.

Following the biofuel premiere, the managing directors of ADAC Luftrettung and Safran Helicopter Engines, Frédéric Bruder and Franck Saudo, signed a long-term agreement on SAF, which envisages increasing the blending ratio of biofuel to as much as 100 percent in the coming years and subsequently also promoting the use of synthetic e-fuel, also known as Power-to-Liquid (PTL), another drop-in alternative to fossil fuels. PTL refers to the generation of liquid fuels produced using electrical energy from renewable sources, which, along with the use of biofuel, will allow aviation to get closer to climate-neutral aviation. 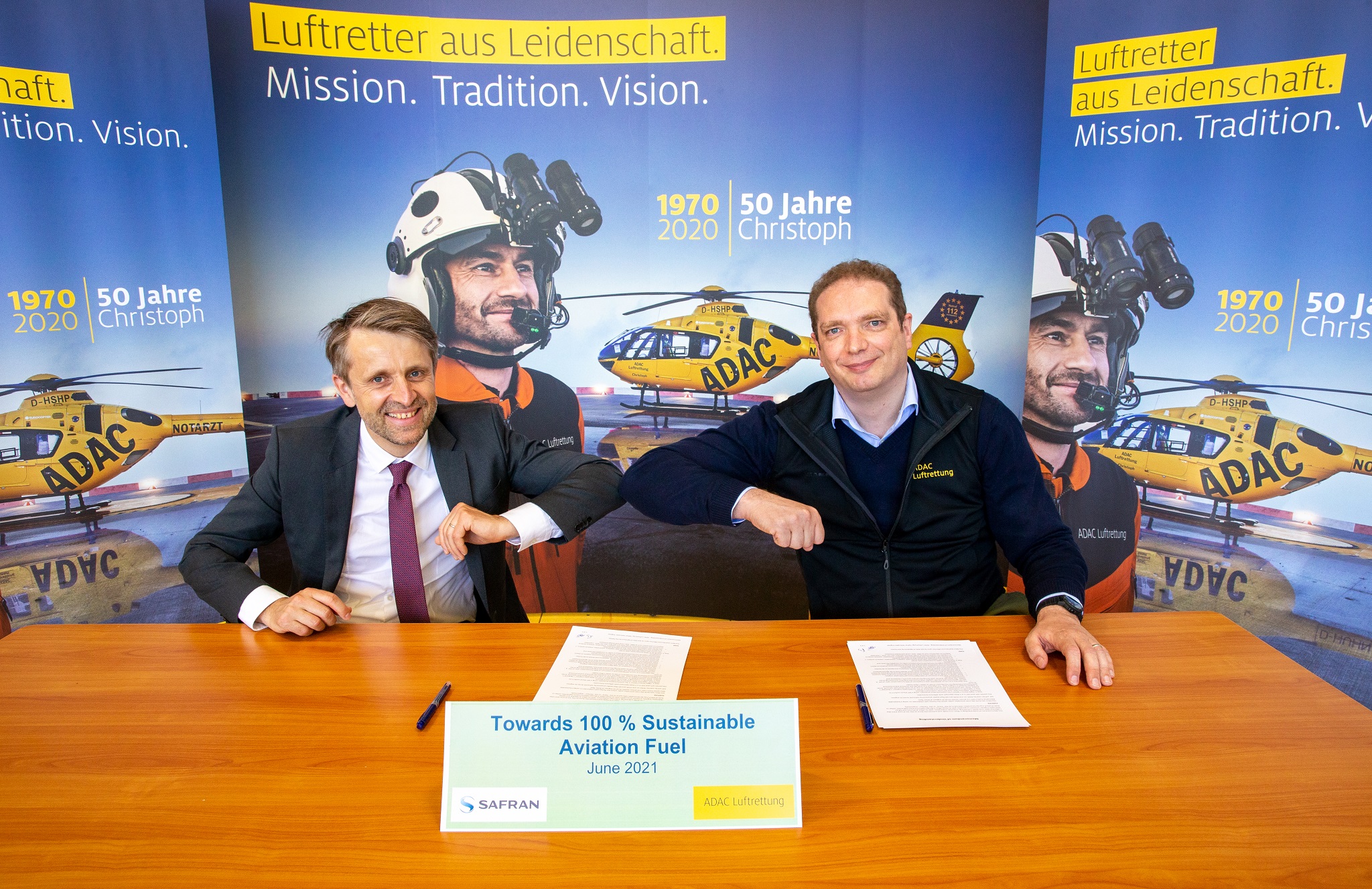 Biofuel is currently certified and approved for aviation use in a maximum blend of 50 percent with conventional kerosene of the JET-A1 type. The ADAC rescue helicopter was flown on a 40 percent blend.

Dr. Andrea David, CEO of the non-profit ADAC Foundation, to which ADAC Luftrettung belongs, says that, "for us, the Sustainable Aviation Fuel pilot project is a first big step on the way to a climate-neutral ADAC Foundation and air rescue service, and our contribution as a non-profit organisation to achieving the climate protection goals of Germany and Europe."

"We want to be a pioneer in reducing CO2 in emergency medical services with environmentally friendly kerosene. This means we must also develop air rescue technologically so that the use of SAF is future-proof in the longer term. To achieve this, we have strong partners at our side,” adds Frédéric Bruder, Managing Director of ADAC Luftrettung. “Importantly, SAF is an officially approved fuel, which means that flight and patient safety remain at the highest level.”

Franck Saudo, CEO Safran Helicopter Engines, says: "Safran is leading engine industry efforts to reduce helicopter carbon dioxide emissions. Along with this historic first flight, we signed an agreement with ADAC Luftrettung to expand the use of SAF in their Safran-powered helicopter fleet. All Safran engines are certified to operate on up to 50 percent sustainable fuel, including biofuel. Our goal is to reach 100 percent.

" Bruno Even, CEO of Airbus Helicopters, says: “Pioneering sustainable aerospace is a clear ambition for Airbus and enabling the use of sustainable aviation fuel is an important milestone for our industry. Today's event is the first step in reinforcing Airbus Helicopters' ambition of having the lowest CO2 emission product range in the world.”

Christian Cabrol, Managing Director TOTAL Deutschland GmbH, adds: "TotalEnergies has set itself the target to get to net-zero emissions together with society by 2050. By developing biofuels, we are helping our aviation industry customers reduce the carbon intensity of the energy products they use. Our sustainable aviation fuel can be used without any modification to the logistical infrastructure for storage and distribution and thus also directly in aircrafts and helicopters. We are experiencing this in practice today. Last March, we successfully started the production of sustainable aviation fuels in France, that has already been put in use for a long-haul flight between Paris and Montreal two weeks ago, and we will soon make it available to our German customers.” 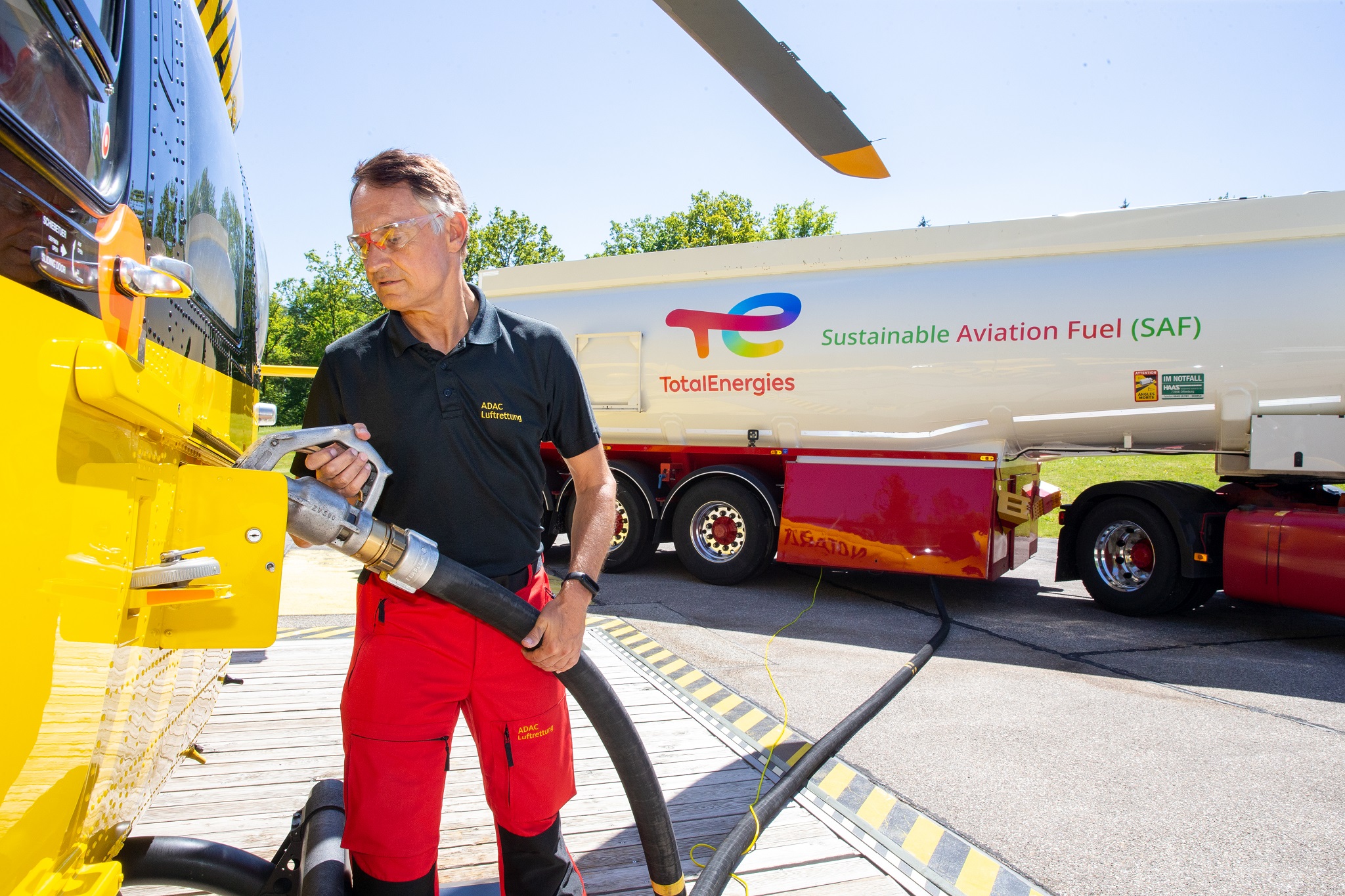