Congratulation Saudi Arabian Airlines on the delivery of its first Boeing 787-10 Dreamliner! The airline welcomed its first 787-10 Dreamliner at a special ceremony at the new Terminal 1 of  Jeddah’s King Abdulaziz International Airport. 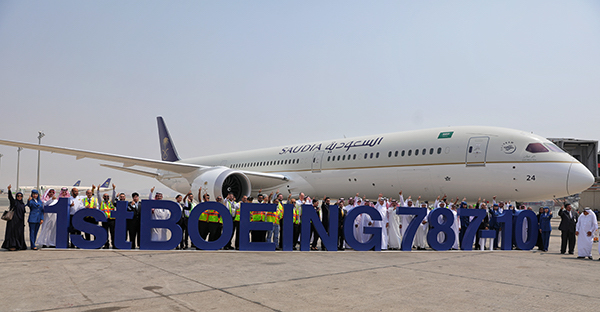 It which will play a key role in the airline’s fleet and network expansion. The largest member of the Dreamliner family sets the benchmark for fuel efficiency and operating economics and will complement SAUDIA’s fleet of 787-9.

“SAUDIA operates a state-of-the-art fleet equipped with the latest technology, and in addition to the airline’s existing Boeing 787-9 Dreamliners, is now adding the 787-10 variant which will further support future network growth plans,” said His Excellency Eng. Saleh bin Nasser Al-Jasser, Director General, SAUDIA. “The airplane’s onboard cabin features, long range capability and the latest in technological advancements are among the many aspects of what makes the Boeing 787 highly popular with our guests.”

“SAUDIA has been a valued partner with Boeing for nearly 75 years and this delivery marks another major milestone in our partnership. Our team takes great pride in building and delivering quality aircraft to SAUDIA and we are honored by the continuing confidence in the 787 Dreamliner and 777 families,” said Ihssane Mounir, senior vice president of Commercial Sales and Marketing, The Boeing Company. “The addition of the 787-10 to SAUDIA’s fleet will continue the superior inflight experience that passengers have come to expect of the Dreamliner. Moreover, the unmatched fuel efficiency of the 787 will help SAUDIA open new routes and achieve significant fuel savings and emission reduction.”

With the delivery to SAUDIA, the 787-10 continues to expand its global presence. More than 30 of this Dreamliner model have been delivered to seven operators since the airplane entered commercial service last year. As a stretch of the 787-9, the 787-10 adds about 40 more seats in a 2-class configuration and cargo capacity, offering 25 percent better fuel per seat and fewer emissions than the airplanes it replaces. With a range 6,345 nautical miles (11,750 kms), the 787-10 can fly more than 95 percent of the world’s twin-aisle routes. 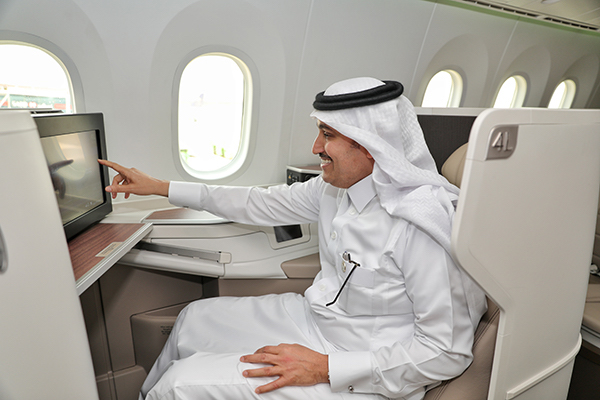 Since entering service in 2011, the 787 family has enabled the opening of more than 235 new point-to-point routes and saved more than 40 billion pounds of fuel. Designed with the passenger in mind, the 787 family delivers an unparalleled experience with the largest windows of any commercial jet, large overhead bins with room for everyone's bag, comfortable cabin air that is cleaner and more humid, and includes soothing LED lighting.

To optimize the performance of its 787 fleet, SAUDIA uses Boeing Global Services digital solutions powered by Boeing AnalytX such as Airplane Health Management (AHM), Maintenance Performance Toolbox and Crew Rostering and Pairing to optimize performance, manage global crew schedules and maintain their fleet. Boeing AnalytX is a suite of software and consulting services that transform raw data into efficiency, resource and cost savings in every phase of flight. 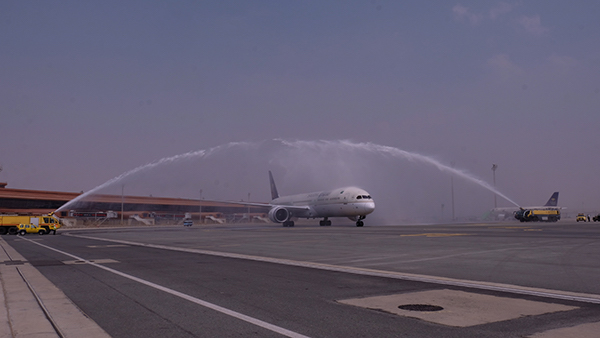