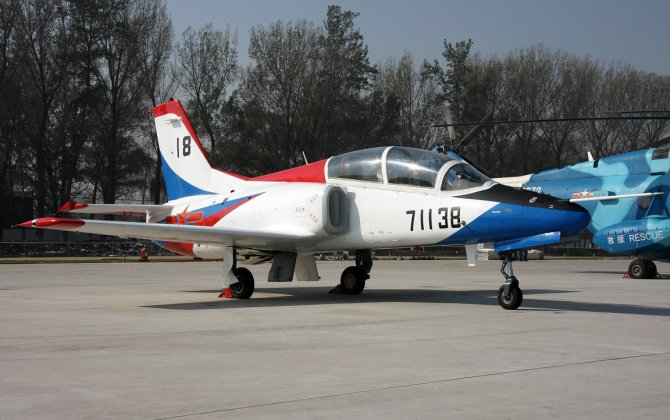 A pilot batch of Yak-152 trainer aircraft designed for training cadets of the air force academies and DOSAAF will be manufactured by July 2016, Interfax-AVN reports with reference to a source close to the military-industrial sector.

“Under a state contract the first four test aircraft must be manufactured by Irkutsk Aviation Plant by June 30th 2016,” the source said. He noted that the pilot batch would comprise two Yak-152 aircraft intended for flight testing, one – for the static testing and one more – for endurance testing.

It was reported earlier that Yak-152 is being developed following the results of a tender issued by Russian Ministry of Defense in 2014. The project is designated “Ptichka VVS”. The value of this contract is 300 million rubles. The source explained that “mass production of Yak-152 aircraft may be started in 2017”. “Today the plant is preparing for mass production of MS-21 airliners; compared to this product the labor coefficient for Yak-152 is relatively low,” the source added.

According to him, “Yak-152 aircraft should replace Yak-52 vehicles (339 aircraft of the type have been delivered to the customers, but less than 100 ones are operational”. The source reminded that in 2001 Yak-152 project presented by Yakovlev design bureau took part in the tender issued by Russian Ministry of Defense along with Su-49 aircraft presented by Sukhoi design bureau. Following the results of the tender, Su-49 trainer aircraft was named the winner; however, the ministry failed to finance the project. “Now Yak-152 is being developed in accordance with the results of a tender held by Russian Ministry of Defense in 2014 (Ptichka-VVS project),” the source added.

Earlier Deputy Minister of Defense Yuri Borisov told journalists that around 150 Yak-152 aircraft should be purchased for Russian air forces. According to experts, Yak-152 should become a part of a training system, which includes Yak-130 jets (designed for advanced training of cadets of air force academies and pilots of military units of Russian air forces) and training facilities fitted with unified software. Presumably, cadets of air force academies and DOSAAF training centers will learn the basics of piloting and navigation using Yak-152 aircraft, as well as aerial stunts, formation flying, etc.


Loading comments for Four Yak-152 aircraft will be ready for testing in summer 2016...