RED aircraft GmbH announced the utilisation of its revolutionary and highly efficient RED A03 engine in the eVTOL aerospace sector. It is developing many relationships with innovative manufacturers looking to capitalise on the engine's phenomenal power output, fuel efficiency, and safety features.

The major stumbling blocks for most electric vehicles are weight, range, and payload. Big batteries are needed for sustained flight, but with these batteries comes a significant weight penalty. By utilising a highly efficient piston engine, like the RED A03, to provide in-flight battery charging, operators can reduce battery size and increase the aircraft's useful load. The engine is also attractive to those operators who require consistent performance at high altitudes with the RED A03 200 with a peak operational altitude of 50,000ft 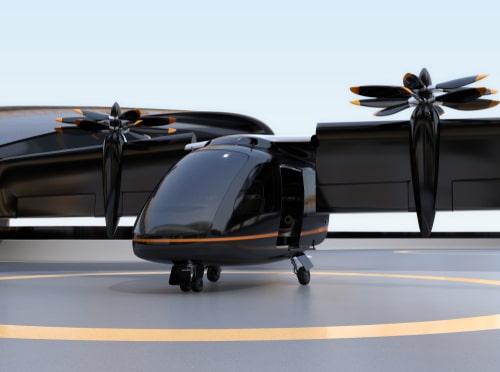 Enrico Evers, RED aircrafts New Customer & Business Development Head commented: " the eVTOL sector is producing some impressive innovations, however at this time, many are restricted by today's battery technology which hinders flight times, payload, and certification. Our clean-sheet design compression ignition engines helps them become a practical reality and still provides a greener solution with reduced fuel consumption. By utilizing a highly efficient piston engine that uses JET-A(1) as fuel, like the RED A03 providing in-flight battery charging, operators can reduce battery size and increase the aircraft’s useful load" 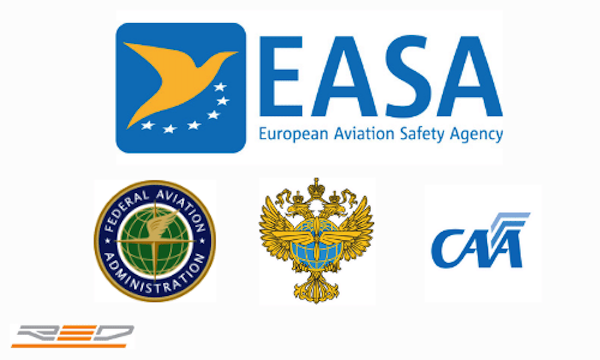 Because the RED A03 is highly fuel-efficient, operators can carry significantly less fuel yet still rely on the RED A03 to provide an equal power output when charging batteries as part of a serial hybrid configuration. This fuel-saving translates into extended range or greater carrying capability.

The RED A03 has further key advantages that have made it the engine of choice for innovators creating new conceptual eVTOL aircraft.

To emphasise further flexibility, the RED A03 can be used in two different configurations to supplement the power needed for electrically driven flight.

In the parallel hybrid configuration, a propellor drive train connects to the RED A03. It can be used to supplement electric propulsion during high-demand situations, such as taking off, climbing, and hovering.

In the serial hybrid configuration, the RED A03 is not attached to the drive train and instead provides a constant and reliable source of charging for onboard batteries when needed. This allows eVTOL aircraft to be purely electrically propelled.

The RED A03 has already been approved by the United States Federal Aviation Agency (FAA), the European Aviation Safety Agency (EASA) and the Russian Federal Agency for Air Transport (FATA) and Type approval by New Zealand Civil Aviation Authority. As a result, any aircraft manufacturer seeking approval on a new design can expect to see a reduced turnaround time between presentation and aircraft approval. A vital factor, considering that in this growing industry, time to market can significantly affect an aircraft design's success.

The whole purpose of electrically powered flight is to work towards a greener and more sustainable future in aviation. By choosing a piston engine manufacturer, such as RED Aircraft, who prides themselves on their green credentials and sustainability, eVTOL airframe designers and manufacturers are creating aircraft in keeping with this concept.

In the simplest terms, a lower fuel burn means fewer emissions. Noise is also a significant factor, especially considering the environments into which eVTOL aircraft and Urban-Air-Mobility vehicles will operate. The RED A03 is significantly quieter than jet turbine-driven APUs.

RED aircraft GmbH has focused on technological innovation since the company's conception. Fuel efficiency, performance and safety are the foundation on which the RED A03 was built. RED aircraft is delighted that their engine is utilised in harmony with other new technologies, such as eVTOL, rapidly becoming the face of the future in aviation. 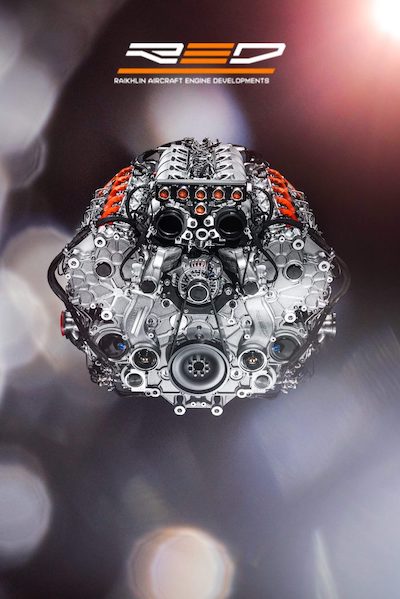