Within the plan of the flight test program, the new flight of the Il-114-300 regional turboprop passenger aircraft took place. The developer of the aircraft is the Ilyushin Aviation Complex (the head enterprise of the Transport Aviation Division of the Public Joint Stock Company United Aircraft Corporation.

“The Il-114-300 turboprop aircraft is an extremely demanded aircraft in Russia because it is comfortable, reliable and capable of landing even on poorly prepared airfields. This aircraft will become the basic element for the development of direct interregional traffic. Our task is to bring this aircraft to the market as soon as possible. The first flight of the aircraft took place in December of 2020, today the Il-114-300 took off for the second time. During the flight, we have checked the stability and controllability of the aircraft, the operability of systems and equipment, in particular, the power plant, the digital flight and navigation complex, the radio communication system, and so on. All systems worked fine”, said Anatoly Serdyukov, Industrial Director of the Rostec Aviation Cluster.

The flight took place at an altitude of 2000 meters at a speed of 290 km / h. According to the crew commander, the systems and equipment were operating normally. The flight lasted 2 hours 47 minutes, and the flight mission was completed in full.

“We will increase the number of test flights in order to ensure the effectiveness of the flight and certification test program, so we can early start the serial production of the aircraft. We hope that the aircraft will be also in demand in regions with a difficult climate due to its unpretentiousness and ease of maintenance. At the same time, we are consulting with regional airlines in order to clarify all the requirements of future operators to the aircraft ", said Chief Designer of PJSC "IL" Sergey Ganin. 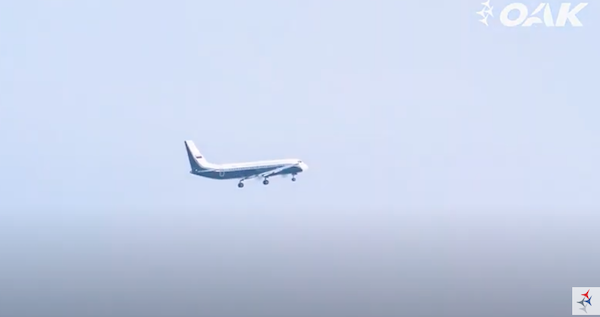