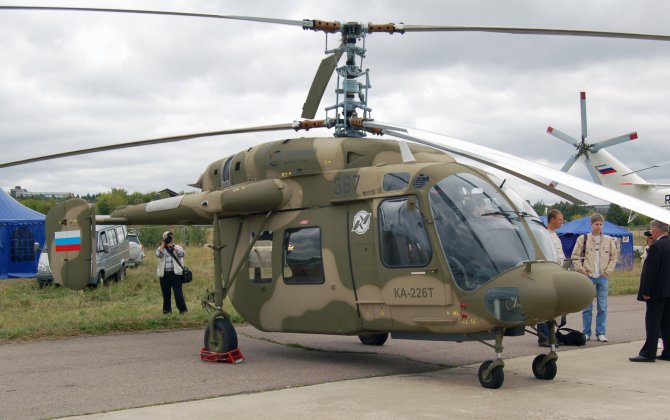 New Delhi is ready to co-produce with Russia some 200 Ka-226 helicopters in India, Russian Minister of Trade and Industry Denis Manturov said Tuesday.

"India is ready for joint cooperation of this modification [Ka-226T] of the helicopter in terms of co-production in India in an amount of at least about 200 units," Manturov told Rossiya-24 TV channel.

With a maximum take-off weight of 4,000 tons, the Ka-226T is designed for cargo and passenger transportation to hard-to-reach mountainous areas and rescue and patrol operations.


Loading comments for India Ready for Joint Production of 200 Ka-226 Helicopters With Russia...

What demands more maintenance, a parked aircraft or a flying one

In the middle of April, airlines around the globe had put 62% of worldwide aircraft fleet into storage, which brought new challenges of maintaining a record high number of stored aircraft. While it ma...