Airbus is updating its production rate planning for its A320 Family aircraft in response to the market environment. The new average production rates for the A320 Family will now lead to a gradual increase in production from the current rate of 40 per month to 43 in Q3 and 45 in Q4 2021. This latest production plan represents a slower ramp up than the previously anticipated 47 aircraft per month from July.

The A220 monthly production rate will increase from four to five aircraft per month from the end of Q1 2021 as previously foreseen.

Widebody production is expected to remain stable at current levels, with monthly production rates of around five and two for the A350 and A330, respectively. This decision postpones a potential rate increase for the A350 to a later stage.  Airbus continues to monitor the market closely. With these revised rates, Airbus preserves its ability to meet customer demand while protecting its ability to further adapt as the global market evolves. Airbus expects the commercial aircraft market to return to pre-COVID levels by 2023 to 2025. 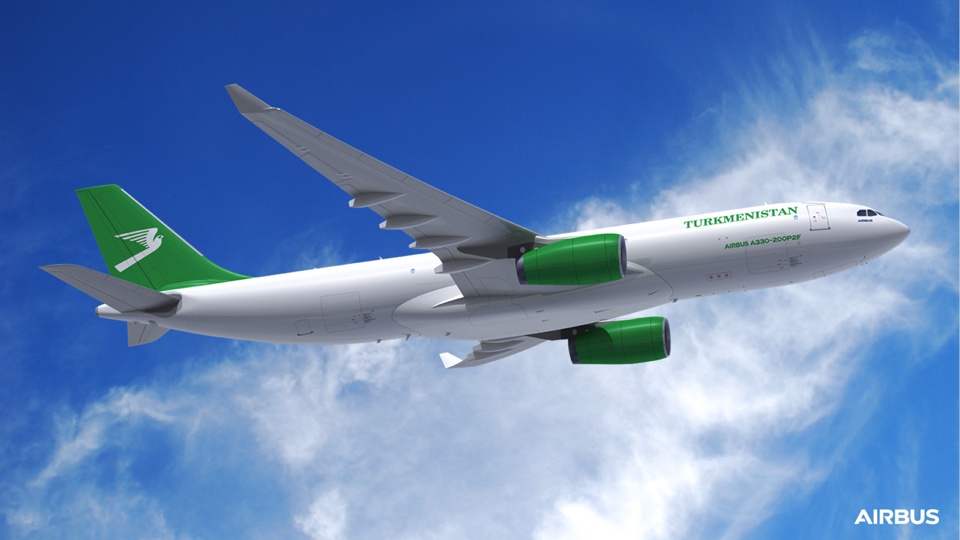 Turkmenistan Airlines has placed an order for two A330-200 Passenger-to-Freighter (P2F) converted aircraft, becoming a new Airbus customer. The order marks the first time an Airbus aircraft is sold in Turkmenistan. The A330-200P2F will enable the airline to further develop and boost its international cargo route network. The deliveries of the aircraft are planned in 2022, making Turkmenistan Airlines the first operator of this type in Central Asia.

The A330 passenger to freighter conversion programme was launched in 2012 resulting in the in time re-delivery of the A330P2F prototype end of 2017. The A330P2F programme is a collaboration between ST Engineering Aerospace, Airbus and their joint venture Elbe Flugzeugwerke GmbH (EFW). ST Engineering had the programme and technical lead for the engineering development phase, while EFW is the holder and owner for all Supplemental Type Certificates (STCs) for the current Airbus conversion programs including for A330P2F and leads the industrialization phase and marketing for these programmes. Airbus contributes to the programme with the manufacturer data and certification support.

The A330P2F programme has two variants – the A330-200P2F and A330-300P2F. The A330-200P2F is an optimal solution for higher-density freight and longer-range performance. The aircraft can carry up to 61 tons of weight to over 7700 km, offering more cargo volume and lower cost-per-ton than other available freighter aircraft types with a similar range. In addition, the aircraft incorporates advanced technology, including fly-by-wire controls, offering

On the 25th of January 2022, Star Air, part of Sanjay Ghodawat Group, celebrated its 3rd year of Connecting Real India. As one of India's fastest-growing regional airline, the last...