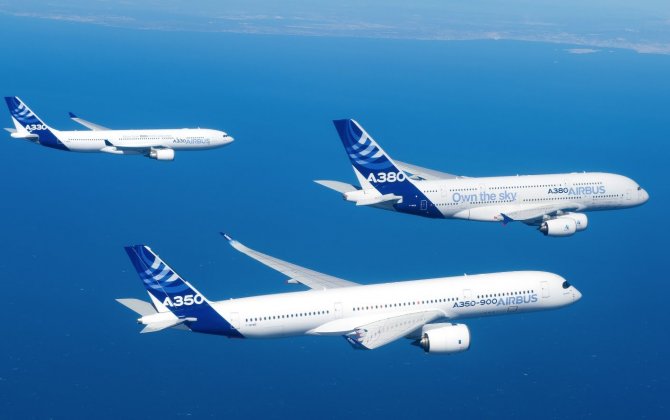 From 2017-2036 Latin America and the Caribbean will need 2,677 new passenger and freighter aircraft to meet rising demand, according to the latest Airbus Global Market Forecast (GMF). Valued at US$352 billion, this demand accounts for 2,084 single-aisle and 593 twin-aisle and very large aircraft. This implies that the region’s in-service fleet will more than double from the 1,211 aircraft in-service today to 2,882 in the next two decades. Of these aircraft, 1,006 will be for replacement of older-generation aircraft, 1,671 will be accounted for growth, and 205 are expected to remain in service.

Airbus’ GMF forecasts passenger traffic to, from and within Latin America and the Caribbean to grow 4.4 percent annually until 2036. The region’s domestic and intra-regional traffic will grow even quicker at 4.8 percent per year, while the highest traffic growth is expected to be on routes to the Middle East (6.1 percent) and to Asia Pacific (5.8 percent). A key factor fueling this growth is the region’s middle class which is expected to increase to half a billion people by 2036.

“We are optimistic about the long-term outlook for Latin America’s air transport sector now that we are starting seeing clear signs of economic recovery across the region, signaled by the region’s GDP, which is predicted to grow above the world’s average at three percent,” said Rafael Alonso, President of Airbus Latin America and Caribbean, at the ALTA Airline Leaders Forum. “Also, with long-haul traffic escalating we think Latin American carriers can capture market share that is currently being lost to foreign carriers on routes to Asia-Pacific, Europe, the Middle East and North America.”

In Argentina, where the economy is forecasted to increase by 2.6 percent annually in the next 20 years, fleets serving the country will require 330 aircraft by 2036 to meet market demand. This will be driven by an acceleration of traffic growth to and from the country, which has doubled in the last 20 years.

By 2036, the number of aviation mega-cities globally will increase from 58 to 95, and the current regional mega cities of Bogota, Buenos Aires, Lima, Mexico City, Santiago and Sao Paulo will be joined by Cancun, Panama City, and Rio de Janeiro. These nine megacities will account for 150,000 long-haul passengers daily.

A more than doubling in the commercial fleet over the next 20 years yields a need for 49,130 new pilots and 53,800 new maintenance engineers, providing a growth opportunity for Airbus’ regional customer services outposts. In the last three years alone, Airbus has expanded its global network of training locations from five to 16, with two being in Latin America—the Airbus Mexico City Training Center opened in 2015, and the Airbus Brazil Training Center, opened in 2016.

With over 1,000 aircraft sold and a backlog of nearly 450, more than 650 Airbus aircraft are in operation throughout Latin America and the Caribbean, representing a 53 percent market share of in-service fleet. Since 1990, Airbus has secured more than 60 percent of net orders in the region and in the past 10 years, Airbus has tripled its in-service fleet in Latin America.

The GMF is available as an application for Android and Apple devices. The report is also on www.airbus.com


Loading comments for Latin America and Caribbean’s in-service fleet to more than double by 2036...

GDC Technics announced it will begin voluntary production of N95 compliant face masks to be donated to local Fort Worth hospitals to combat the ongoing COVID-19 pandemic as part of...

The majority of Airbus sites in Spain have joined forces to produce 3D printed visor frames, providing healthcare personnel with individual protection equipment in the fight against Covid-19. ...