After application of Bridger’s livery at International Aerospace Coatings’ facility in Spokane, Washington, MSN 1081 flew over the central Rocky Mountain range to Bozeman, Montana for delivery to Bridger Aerospace in advance of the 2020 North American wildfire season.

Tim Sheehy, founder and CEO of Bridger Aerospace Group, stated, “Aggressive Initial Attack and advanced technology in support of the wildland firefighter are the core of Bridger's ethos. The Viking CL-415EAF is the most capable initial attack asset on the planet and we are proud to be the launch customer for this incredible capability.” 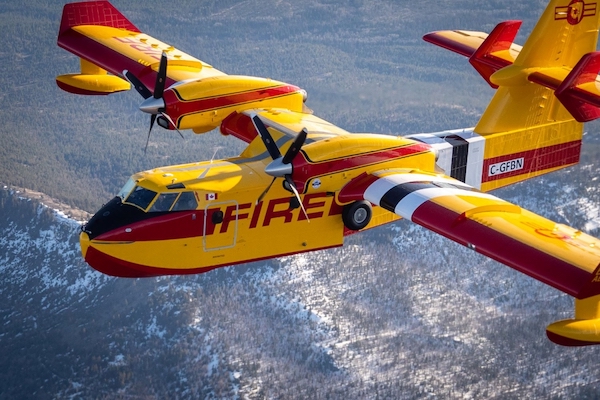 Robert Mauracher, Executive Vice President Sales & Marketing for Viking, commented, “We are very excited and proud to be delivering our first Viking CL-415EAF Enhanced Aerial Firefighter to Bridger Aerospace in time for the 2020 North American wildfire season. The delivery of our first Enhanced Aerial Firefighter is the culmination of a multi-faceted collaborative project originally launched in 2018 and represents the solid partnership that has developed between Viking, LAS, and Bridger over the past 24 months. We are now looking forward to adding a second aircraft to their fleet in the coming months.”

The Viking CL-415EAF modification program forms part of a staged approach to utilize the advancements made with the LAS converted aircraft as the basis for the proposed next-generation Viking CL-515 new-production aerial firefighting and multi-purpose amphibious aircraft. 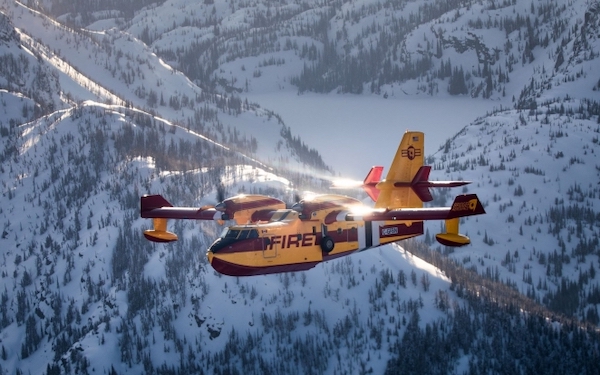 About the CL-415EAF “Enhanced Aerial Firefighter”:

The Viking CL-415EAF represents the evolution of the type, providing best-in-class water drop performance utilizing the higher delivery 2-door water drop system combined with a zero-timed maintenance program and a “new aircraft” factory-supported warranty program. All obsolete components impacting the worldwide fleet of CL-215 & CL-415 aircraft are replaced in the CL-415EAF, and the upgraded aircraft is designed to failsafe FAR 25 certification criteria with no preset life limit.

The very short scooping distance of the CL-415EAF aircraft is expected to outperform competitors from initial attack to sustained major fire suppression, and the combination of safety and longevity represents exceptional value inherent in purpose-built aerial firefighting amphibious aircraft.

The CL-415EAF aircraft is the only aerial firefighter with factory OEM support offered by Viking’s Customer Service & Product Support division, including management of all Continuing Airworthiness, warranty items, in-service engineering, initial provisioning, as well as offering Viking’s M+ all-inclusive maintenance support program. All improvements and obsolescence issues addressed in the CL-415EAF aircraft will become the new aircraft production standard in the manufacture of an all new, next generation CL-515 multi-purpose amphibious aircraft. 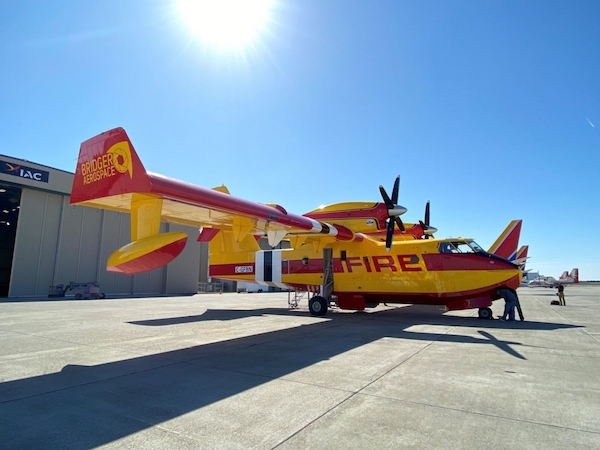 Boeing released its annual forecast for the commercial, defense and space aerospace market, reflecting signs of the industry's recovery following the impacts of COVID-19. The 2021 Boeing Market Ou...