Mitsubishi Aircraft Corporation announced that it has completed the maiden flight of Flight Test Vehicle 10 (FTV10), the first Mitsubishi SpaceJet M90 in final, certifiable baseline configuration. FTV10 took off at 14:53 (JST) from the Prefectural Nagoya Airport and conducted basic aircraft performance tests in normal operating conditions over the Pacific Ocean. After approximately two hours of flight, the aircraft returned to Nagoya at 16:40 (JST). With the completion of FTV10’s first flight, Mitsubishi Aircraft Corporation is prepared to enter the final phase of certification flight testing for the SpaceJet M90, the first commercial jet manufactured in Japan.

"I am very pleased that FTV10, which was handed over from Mitsubishi Heavy Industries in January this year, successfully conducted its first flight today," Hisakazu Mizutani, President of Mitsubishi Aircraft said. “I would like to express my deepest gratitude to all those who are continuously supporting the program. We are excited for this latest step in the certification of the Mitsubishi SpaceJet M90." 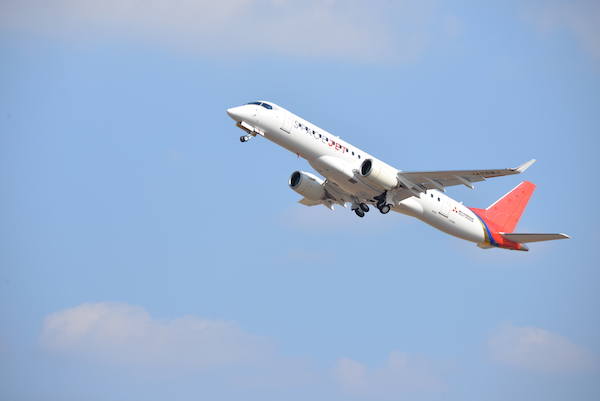 “Today’s announcement is especially encouraging, as it marks the start of certification flight testing for the first SpaceJet M90 in final, certifiable configuration,” added Alex Bellamy, Mitsubishi Aircraft’s Chief Development Officer. “We are all proud of this latest accomplishment, which reflects the hard work of a dedicated team, the culmination of an organizational transformation and all of the engineering changes made since 2016. We look forward to continuing our progress toward commercial certification of the M90 program.”

Hiroyoshi Takase, a captain aboard FTV10’s maiden flight, remarked, “Today’s flight test was conducted smoothly and according to plan. The aircraft delivered on expectations and handled just as I anticipated.”

In coming weeks Mitsubishi Aircraft plans to continue flight tests on FTV10 in Nagoya, as well as prepare for the ferry flight to Moses Lake Flight Test Center (MFC) to join the remainder of the Mitsubishi SpaceJet M90 test fleet for the final phase of type certification flight test. 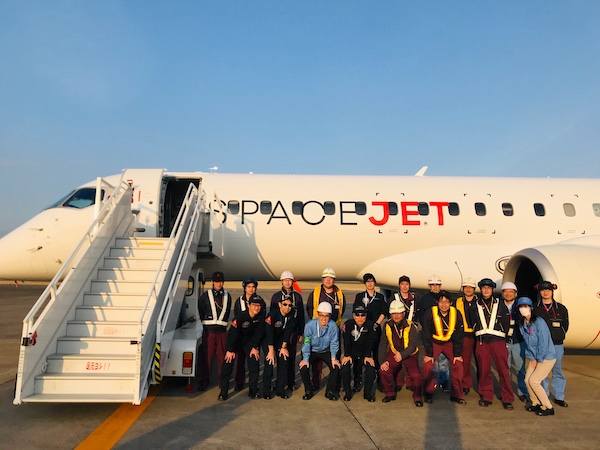