The MC-21-300 prototype aircraft manufactured by Irkut Corporation (part of United Aircraft Corporation) has completed its testing under extreme cold temperatures in Yakutsk and returns to its base airport at Zhukovsky, Moscow Region. Since January 23, 2022, the aircraft and its systems have been tested in Yakutia at temperatures below minus 30 degrees Celsius as part of efforts to extend the type certificate. Before each test stage, the aircraft was thoroughly cooled by spending about 12 hours outdoors. This was followed by the usual flight preparation procedures – fueling, turning the systems on, starting the engines and auxiliary power unit, warming up the aircraft, etc.

During the flights, all of the aircraft's systems were jointly tested. A series of flights lasting up to 6 hours was performed over different areas of the Yakutsk region, including northern ones. The majority of landings were performed at nights when the lowest temperatures are registered. Challenging performance modes were tested, such as an in-flight shutdown and subsequent start-up of one of the propulsion engines. 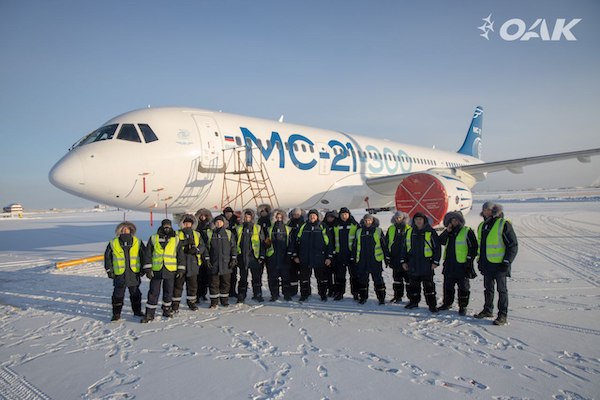 Andrei Boginsky, CEO of Irkut Corporation, commented: “We have completed an important testing stage to extend the type certificate for the MC-21-300 aircraft. The Ministry of Transport and Roads of the Republic of Sakha (Yakutia) and Yakutsk Airport assisted us greatly in organizing this work. This year we are planning to intensely test the aircraft in different regions of our country and abroad, including conditions of high mountains, strong windshifts and high temperatures”. 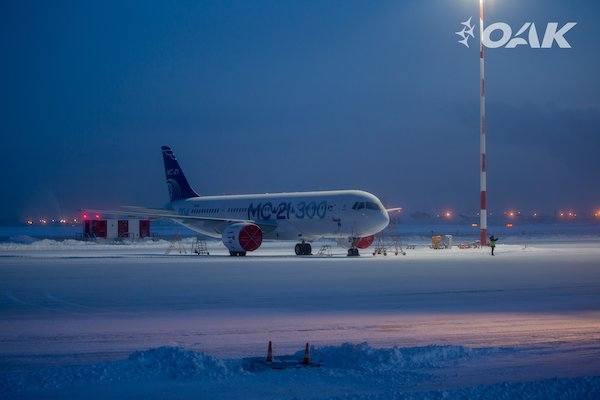 As Vladimir Sivtsev, Minister of Transport and Roads of the Republic of Sakha (Yakutia), noted: “Currently, our airport is capable of accepting and servicing aircraft of any type and model. We wish the MS-21 program every success and look forward to seeing this type of aircraft bringing passengers to Yakutsk."

According to Sergey Ignatenko, General Director of Yakutsk Airport JSC, the airport is often used as a unique testing ground for new aircraft, providing extremely low temperatures. “Over the past five years, Boeing, Kazan Helicopter Plant, and Mil and Kamov National Helicopter Center  have tested their aircraft here,”  he enumerated. 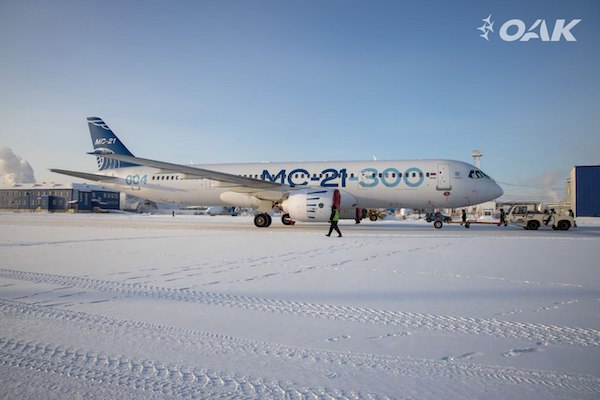 Loading comments for MC-21-300 aircraft returns from Yakutsk after testing...