On November 2, 2017, the MC-21-300 test aircraft performed the first flight from the airfield of Flight Research Institute n.a. M.M. Gromov (Zhukovsky city, Moscow region). The flight lasted more than three hours. The characteristics of stability and controllability were assessed at the altitudes varying from 6,000 to 12,000 meters. All aircraft systems operated normally.

Flight tests of MC-21-300 aircraft are ongoing at the basis of Flight Test and Development Facility of Yakovlev Design Bureau, the affiliate of Irkut Corporation (the UAC member).

Earlier, on October 17, 2017, the new Russian MC-21-300 airliner performed a non-stop flight from the “Irkutsk-2” airfield to the airfield of Flight Research Institute n.a. M.M. Gromov, upon completion of test flights at Irkutsk Aviation Plant, the affiliate of Irkut Corporation.

Specifically for basing MC-21 aircraft, the new hangar with the up-to-date complex for collection, processing, and storage of information obtained during flight and ground tests, had been built in Flight Test and Development Facility of Yakovlev Design Bureau. 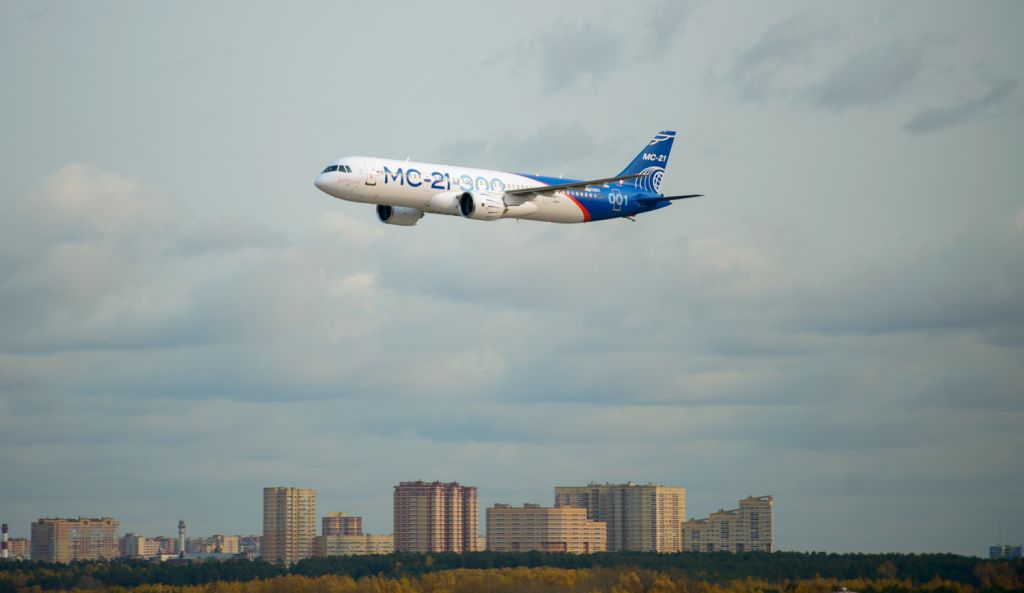