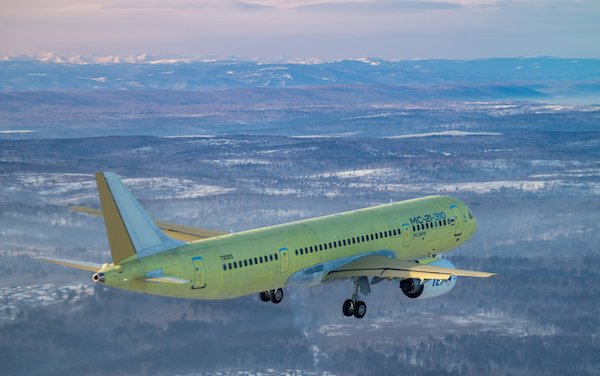 On the 15th of December 2020 the MС-21-310 aircraft equipped with the new Russian PD-14 engines made its maiden flight from the airfield of Irkutsk Aviation Plant, a branch of Irkut Corporation.  The aircraft was operated by the crew of test pilots Vasily Sevastyanov and Andrey Voropaev and test engineer Alexander Solovyev.

The flight task included checks of power plant operation modes, aircraft stability and controllability, as well as the operation of its systems.

The pilot Vasily Sevastyanov said after landing: "The flight task was fully completed. The new engines worked steadily in all modes".

The General Director of PJSC UAC, Yury Slyusar, noted: "MC-21-310 heads to the development tests and joining the certification program. The ability for customers to choose the type of aircraft engine expands the aircraft's market potential and reduces the risks of the program."

The MC-21-300/310 is a new generation medium-range passenger airliner, which is being developed by Irkut Corporation (part of United Aircraft Corporation).

The MC-21-300 program is at the stage of certification testing and launching commercial production of  MC-21-300 aircraft.

MC-21-300/310 aircraft high performance characteristics are achieved due to advanced aerodynamics, latest generation engines and systems. Improved aerodynamic performance is ensured by the extended wings made of polymer composites. The widest fuselage in its class (4.06 m) allows increasing comfort for passengers and crew. MC-21-300/310 aircraft capacity is from 163 to 211 passengers. The flight range is up to 6,000 km.

The first MC-21-300-300 aircraft are being built at the Irkutsk Aviation Plant for delivery to customers.

The PD-14 engine has been created by a broad cooperation of the UEC enterprises and the industry science using the state-of-the-art technologies and materials. It is the first fully Russian turbofan engine for civil aviation since the early 1990s. In 2018, Rosaviation issued a type certificate for the PD-14 engine. The PD-14 meets modern certification requirements for AP-33, FAR-33, CS-E, and ETOPS.

The engine thrust at takeoff mode is 14 t, dry mass is 2,870 kg, fan diameter is 1,900 mm. Due to innovative technologies and materials, specific fuel consumption is 10-15% lower than of the previous generation engines. 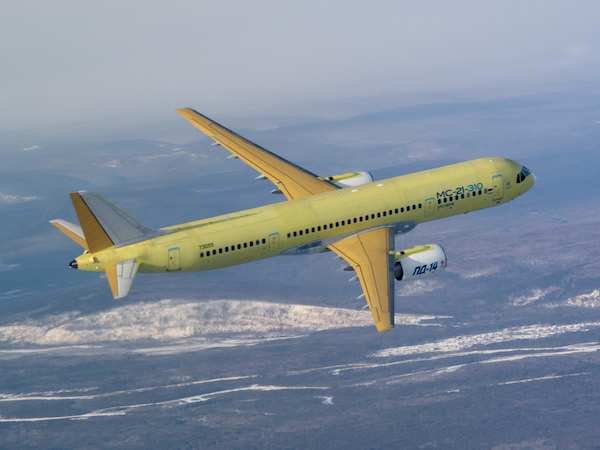 Loading comments for MC-21-310 aircraft with Russian PD-14 engines made its maiden flight...