Eastern Economic Forum in Vladivostok give the opportunity to meet latest civilian helicopter Mi-171A2 and Ka-226T light-weight multi-purpose helicopter, which are planned to be supplied to India. 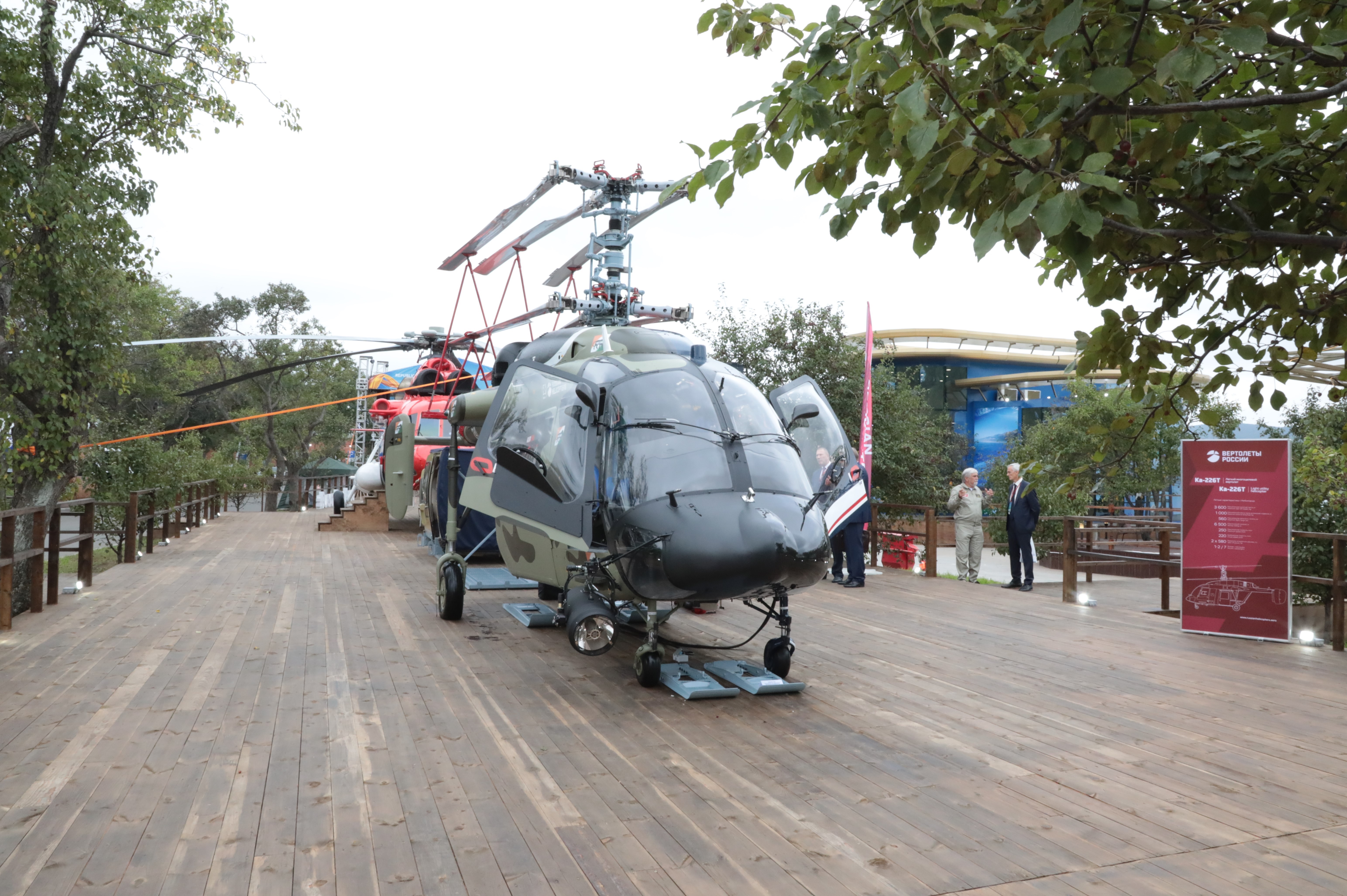 Earlier, Russian Helicopters and Global Vectra company (India) had signed a contract for the delivery of a Mi-171A2 helicopter, including an option for one more rotorcraft. The helicopter manufactured under this contract and already painted in the livery of the Indian customer will be presented at the Eastern Economic Forum. Its delivery to India is scheduled for late 2019 - early 2020.

The Ka-226T helicopter presented at the Forum is a demonstration of the prospects of Russian-Indian industrial cooperation - in accordance with the 2015 intergovernmental agreement, India will be supplied 200 such helicopters, of which 140 will be assembled locally.

'At the Eastern Economic Forum, we show our Indian colleagues Ka-226T and Mi-171A2 multi-purpose helicopters designed for them. It is worth noting that our partners are well aware of all the advantages of the products of Russian Helicopters Holding Company. In India, Soviet and Russian-made helicopters make up more than 30% of the total fleet of civilian and military rotorcraft registered in the country. Our current projects create a good basis for further development of our cooperation,' said Viktor Kladov, Rostec Director for International Cooperation and Regional Policy . 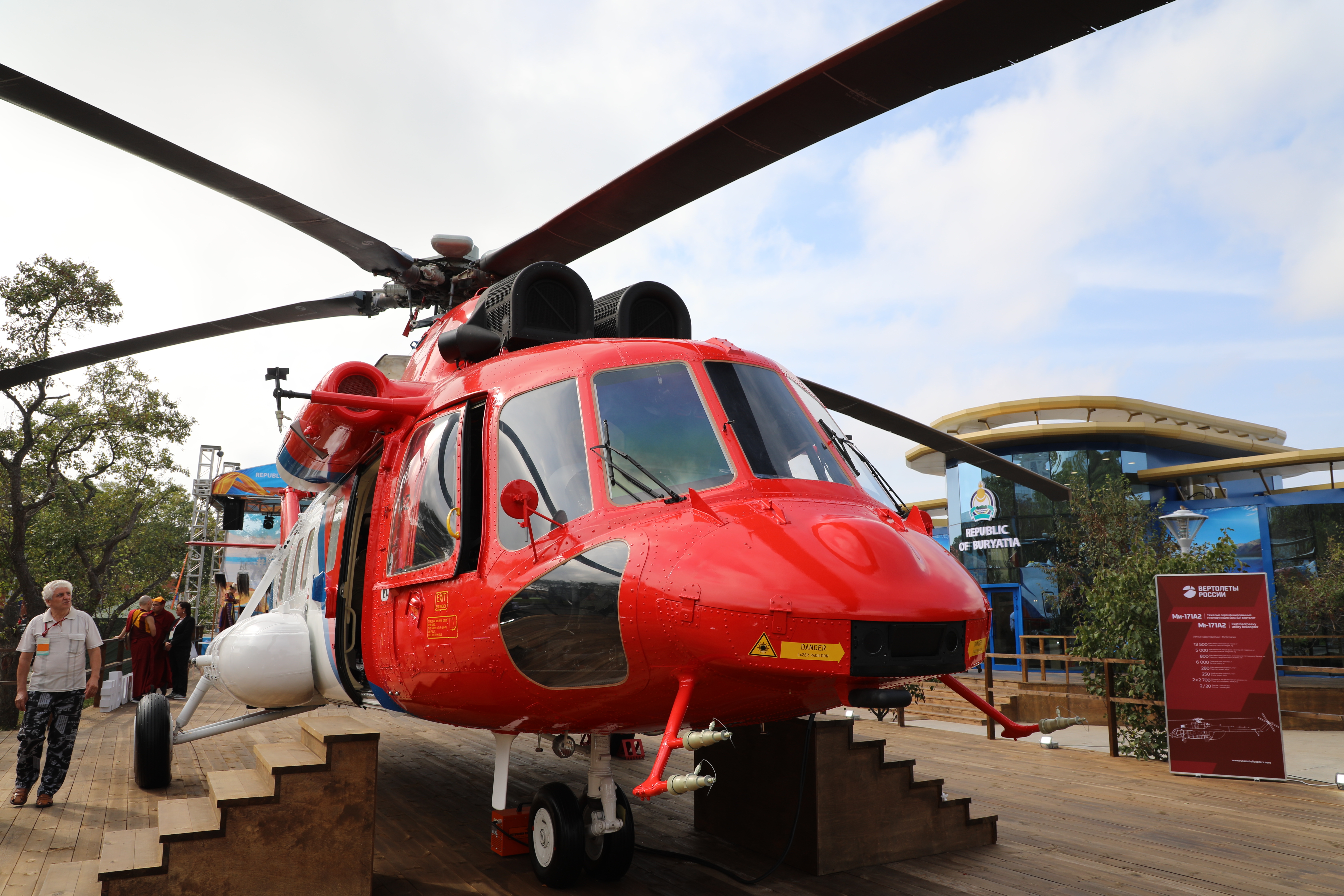 The EEF will also see the Ka-226T parts and units, which are subject to localized manufacturing in India as part of this project. Last February,  Russian Helicopters Holding Company signed agreements on a number of presented units with leading Indian aircraft manufacturers who desired to participate in the project to localize the Ka-226T helicopter production, .

'The contract for Mi-171A2 supply to India is a clear demonstration of the fact that our latest civilian rotorcraft is in demand abroad, it is waited for and counted on. The helicopter showcased at the Forum is ready for delivery: we will be able to transfer it to the customer as soon as the certificate for Mi-171A2 is validated in India', noted Andrey Boginsky , Director General of Russian Helicopters Holding Company. 'We also demonstrate the progress of the Russian-Indian Ka-226T project: the Ulan-Ude Aviation Plant has already mastered the manufacture of certain parts and components of the helicopter and is preparing to start its serial production. We are also gradually developing our cooperation with Indian manufacturers in terms of localization, our dialogue with some of them will be continued as part of the Forum. At the Forum, we present the Ka-226T with folding blades: this model is suitable for operation in marine conditions and for installation on board ships. This option is a good basis for more orders for this rotorcraft.'

Among other products presented at the Forum by the Holding Company is Ka-62 medium transport and passenger helicopter manufactured by Progress AAC named after Nikolai Sazykin. The model is showcased in the Primorsky Krai (Territory) Pavilion as part of 'Streets of the Far East' exhibition. On the verge of the Forum, the Ka-62 prototype took part in the flight program of the MAKS-2019 International Aviation and Space Salon in Zhukovsky.

The Mi-171A2 helicopter is the latest representative of the Mi-8/17 helicopter family. It encapsulates the best features of world famous Mi-8 type rotorcraft. The helicopter is equipped with KBO-17 integrated onboard digital flight and navigation system ('the glass cockpit'), which makes it possible to operate the machine without an engineer on board, thereby reducing its crew to two people. The new engines and supporting system improved the helicopter's flight performance, including its cruising and maximum speed. Depending on the operator needs, Mi-171A2 helicopter can perform search and rescue missions, medical and cargo operations, fight fires or carry passengers day and night, at temperatures from -50°C to + 50°C.

Ka-226T is a twin-engine light class helicopter, designed in coaxial configuration. A unique feature of Ka-226 helicopter is its modular design; it can be assembled with standardized easily removable modules of various configurations carrying special equipment.
The Fifth Eastern Economic Forum will be held from September 4 to 6, 2019. During the previous Forum edition, 220 agreements, contracts, memoranda and protocols were signed for the total amount exceeding RUB 3 trillion. The Forum was attended by 6002 delegates and 1357 media representatives from 60 countries. 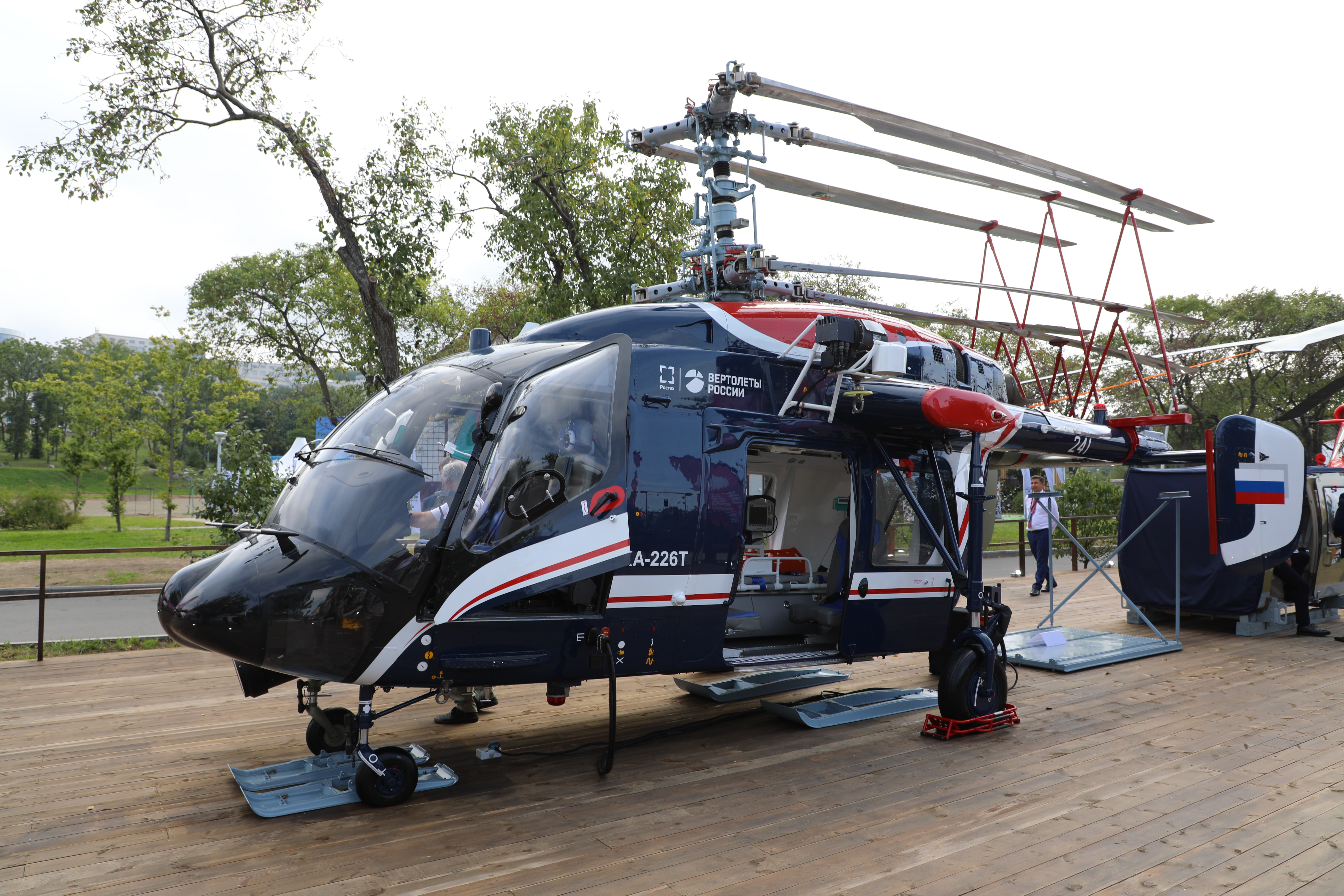 Breeze Airways has revealed its new A220-300 livery, while confirming that it has reached a purchase agreement with Airbus for 20 more of the aircraft. This previously undisclosed order for 20 brings...

26 kilometers (16 miles) between Greifswald and Wolgast – that is the distance over which Wingcopter drones recently transported blood samples in the Northeast German federal state of...