Russian Helicopters Mi-171A2 helicopter established a Russian record: it reached a maximum speed at a limited distance of 1.6 kilometers. During the “Baikal Mile” festival the civilian helicopter operated by the crew of the Ulan-Ude Aviation Plant (U-UAZ) reached the speed of 268 kph at a minimum altitude of 20 meters.

The U-UAZ crew set the record during three competition flights. Prior to that, a series of training flights were made to assess the behavior of the helicopter and how the measuring equipment works, and to adjust photography and video equipment for taking pictures and filming.

"Mi-171A2 has the best features of the world-famous Mi-8 typerotorcraft. The rotorcraft was tested in extreme environmental conditions: these helicopters can be operated in temperatures from -50 to +50 degrees Celsius. At the Baikal Mile festival the rotorcraft demonstrated its best features once again: speed, control, maneuverability, and stability. The record set at the short distance and at the limited altitude confirmed the great performance of the helicopter," said Executive Director of RostecState Corporation Oleg Yevtushenko. 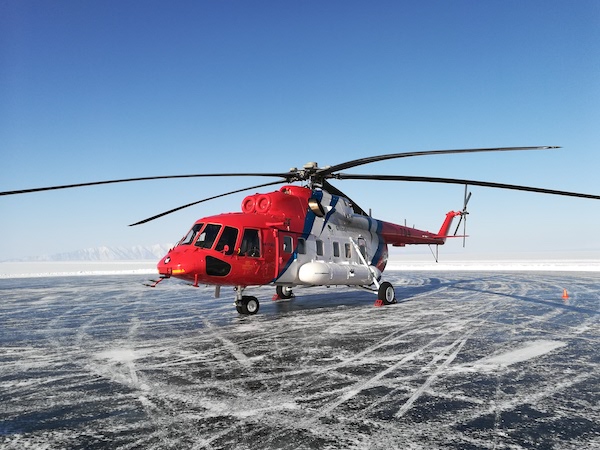 Mi-171A2 helicopter has the best features of the world-famous Mi-8/17 type rotorcraft. The helicopter is equipped with VK-2500PS-03 engines (the civilian version of the military helicopter Mi-28 engines) with a digital control system. The helicopter can be used for a wider range of purposes due to upgraded piloting and navigation equipment and avionics. Mi-171А2 may be effectively operated in high mountains, at low and high temperatures, high humidity, and overwater. The piloting and navigation equipment allows using the helicopter around the clock, in normal and difficult weather conditions.

"Participation of the helicopter in the festival and flights over the ice of Lake Baikal are additional opportunities to show the potential of Mi-171A2. The flights to set the record started with hovering. A mobile GPS station installed on the helicopter recorded the result," said U-UAZ Managing Director Leonid Belykh. "I am convinced that our equipment is reliable, and that pilots are highly skilled. The certificate issued by the representatives of the Russian Book of Records confirms that."

The helicopter was certified according to Category A, which provides for meeting the most stringent requirements to flight safety specified for civilian helicopters. Depending on what the operator needs, Mi-171A2 helicopter can perform search and rescue missions, medical transportation, cargo operations, fight fires or carry passengers day and night, at temperatures from -50°C to + 50°C, in high mountains, in a desert, in tropical and Arctic climate. The helicopter can make long non-stop flights. Mi-171A2 helicopter was certified in India and Colombia. It is planned to validate the Mi-171A2 type certificate in China, South Korea, Brazil, Mexico, Peru and other countries. 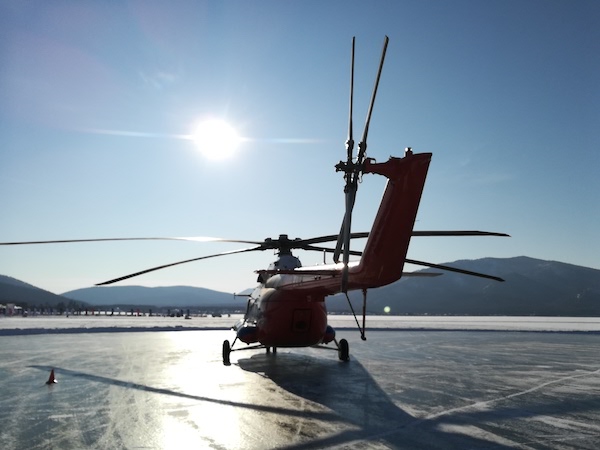 ALSIM to strengthen its presence in Turkey

After leading the turbine-powered business aircraft market in 2020, Pilatus passes another fleet milestone with the delivery of the 1800TH example of the versatile single-engine turboprop. At 82...

Women in Aviation International’s Girls in Aviation Day (GIAD) will return to in-person events across the globe on September 25, 2021, and the Aviation for Girls App will also continue! WA...