“We are honored the King Air 350CER aircraft continues to be the aircraft of choice to fill a variety of critical mission needs for NOAA,” said Bob Gibbs, vice president, Special Mission Sales. “The aircraft’s custom sensor port modification, combined with its extended range performance features, makes it a powerful and reliable platform to carry out the agency’s unique missions during critical times.”

With extended range capabilities, the King Air 350CER aircraft can collect critical information while remaining airborne for up to eight hours. The dual-sensor port modification allows simultaneous data collection from multiple on-board sensors. Optical grade glass plates in the sensor ports allow the cabin to remain pressurized or the optical plates can be removed, and the aircraft operated unpressurized.

The first Citation to benefit from this advanced service offering is the Cessna Citation CJ4 business jet with future expansion of the program to include additional AReS II-equipped Cessna aircraft. Additional aftermarket flight data monitoring solutions are also in-work with solutions anticipated to roll out in 2021.

LNOAA’s fleet of manned aircraft is operated, managed and maintained by the Aircraft Operations Center (AOC), part of the agency’s Office of Marine and Aviation Operations, located at Lakeland Linder Regional Airport in Lakeland, Florida. 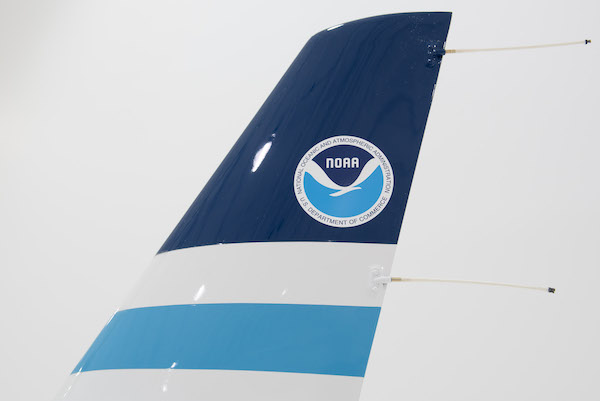