Celebrating the move to a new era, AIM Altitude has delivered its 123rd ship set of the Emirates A380 interior, including the iconic horseshoe bar, to Airbus in Hamburg. The final ship set in this series, the momentous occasion marks a 15-year milestone in the relationship between Emirates and AIM Altitude, one set to continue for many years to come.

The A380 interior has seen many iterations over the years, with a major refresh occurring for the 100th ship set.

Neil Taggart, Vice President & General Manager of AIM Altitude, part of AVIC Cabin Systems (ACS), said: ‘This long and continuous association with Emirates is evidence that the design of the A380’s lounge bar has reached classic status whilst retaining its freshness and continuing appeal to passengers. The synergy between design and aircraft has proved quite remarkable”.

As confirmation of the strong links between AIM Altitude and Emirates, it was Sir Tim Clark, President of Emirates, who opened AIM Altitude’s new headquarters and state-of-the-art cabin interiors facility at Bournemouth Airport in 2016; a time that coincided with the celebration of the 100th ship set of the A380 interior. 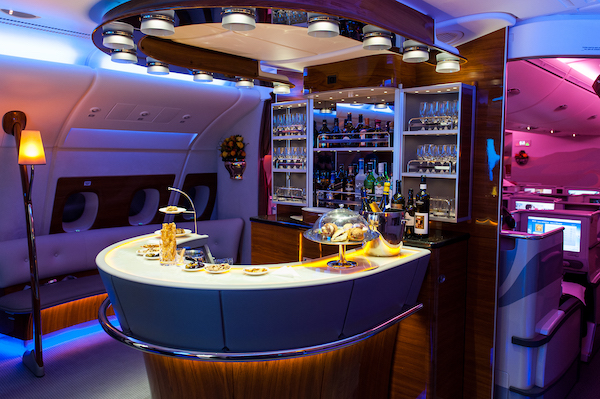 A significant production task, each ship set consists of:

The last A380 will be delivered to Emirates out of Hamburg. AIM Altitude will continue to refresh some of the older fleet with the new style of interior that was introduced from ship set 100 onwards, so manufacture will carry on for some time to come.

Emirates and AIM Altitude have further projects on the horizon, including a confirmed programme on Emirates’ Boeing 777s and a proposed retro fit to update and refresh the A380’s older-style interior. 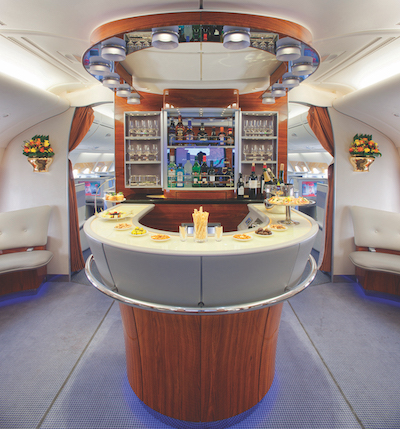