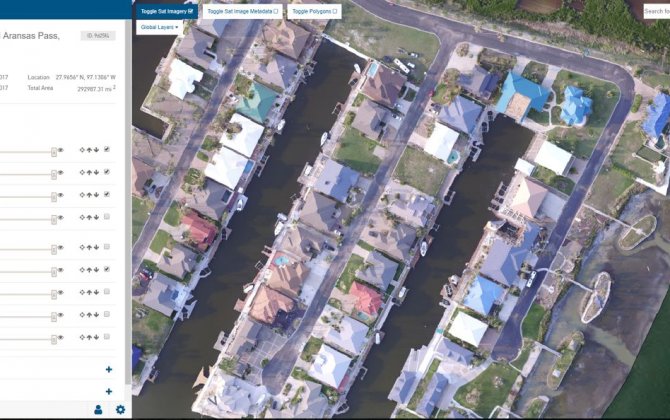 As residents and insurers in the southeastern United States begin to consider recovery efforts following Hurricane Irma, Airbus Aerial is prepared to help by providing insurance companies free initial access to its library of aerial base maps and data analytics of the affected region.

This effort duplicates work the company has already begun with insurers in the Houston, Texas area following Hurricane Harvey.

“Our focus is on helping victims restore some sense of normalcy to their lives as quickly as possible,” said Jesse Kallman, president of Airbus Aerial.

The Airbus Aerial team is changing the way insurers, utilities, and other companies respond to major weather events by bringing together what was once a difficult to fuse set of technologies. Specifically for insurers, the Airbus Aerial technology allows them to view rich archives of data to see what a given area looked like before a storm, then task high resolution satellites in the areas of most importance to them. Once they have this broad understanding from space, then drones, manned aircraft and other data-capture tools can be deployed as needed to further provide insight.

Insurers on the ground in the Houston area are leveraging the Airbus Aerial technology in two ways. The aerial data that Airbus Aerial provides from satellites, manned aircraft and unmanned aerial systems enable the adjusters to see the actual damage done to a specific building or to a larger area. The second benefit lies in the customized analytics Airbus Aerial provides with its data. This helps insurance companies to prioritize the hardest hit areas and efficiently deploy their on-site adjusters to the places they are needed most.

While aerial imagery has been around for a while, collecting aerial images of a specific area viewed from space, down to mere feet above ground, and then turning it into actionable information to help recovery in a crisis from one tool has never been done before, says Kallman.  “We are hopeful that it will change the way disaster recovery is done in the future.”

Following a major natural disaster the speed with which insurance companies can process claims is vitally important to victims who are often homeless, exhausted and traumatized.

Also, those homeowners whose insurance policies have “loss of use” clauses can receive desperately needed temporary living expenses once claims are settled. After Hurricane Katrina, there were 1.7 million insurance claims, and forecasts suggest that the number of Harvey-related claims will be staggering.

Airbus Aerial is an aerial services business backed by Airbus, an international pioneer and leader in the aerospace industry.  With bases both in the U.S. and in Europe, Airbus Aerial’s services leverage the best software and aerospace technology from across the globe to offer actionable data and analysis of information provided by drones, satellites, high altitude aircraft and other sources.

The RedTail Flight Academy celebrated the opening of its state-of-the-art flight academy at New York Stewart International Airport in partnership with Wheels Up. Honoring the legacy of...